TOKYO (Reuters) - The Japanese yen held onto gains against the dollar on Friday as renewed worries about the coronavirus outbreak supported demand for safe-haven currencies and weighed on prices of riskier assets. 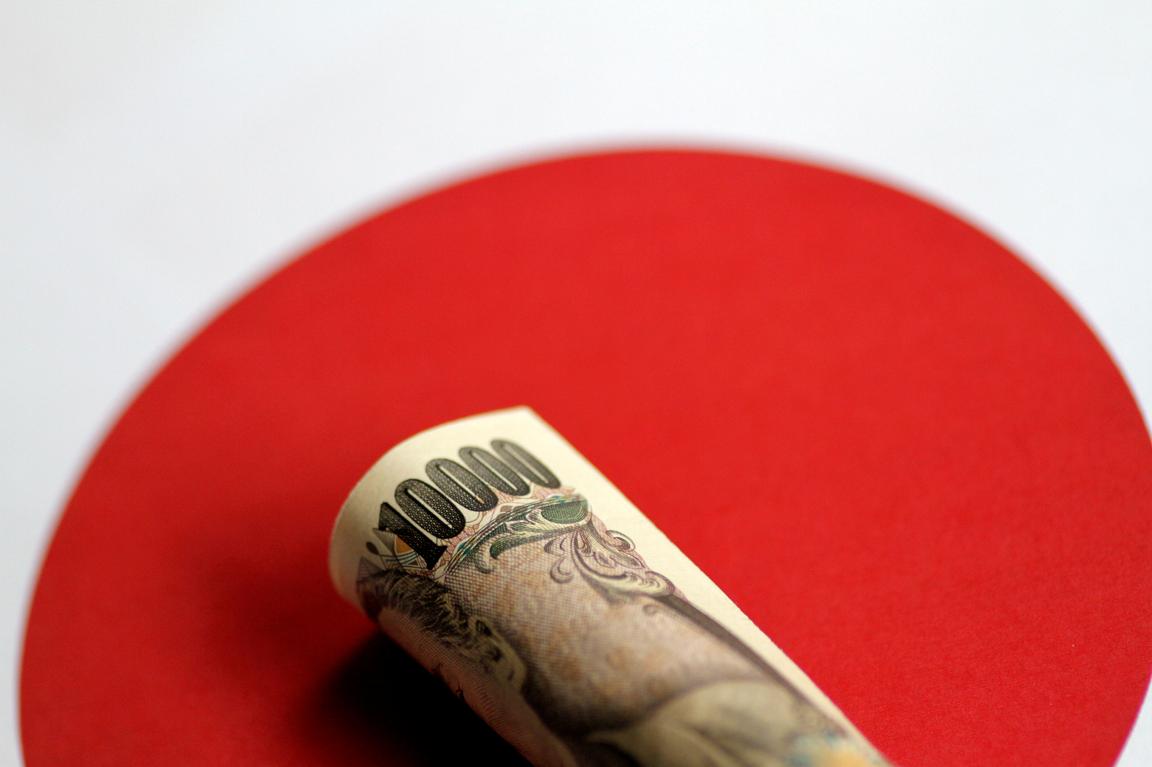 The Chinese yuan nursed losses in offshore trade as the flu-like virus, which emerged late last year in China’s Hubei province, slammed the brakes on consumer spending and manufacturing.

The euro languished at multi-year lows versus the dollar and the Swiss franc as investors grow more pessimistic about the outlook in the euro zone before the release of gross domestic product data later on Friday.

In contrast, the pound rode a wave of optimism into Asia on Friday due to hopes that a British cabinet reshuffle will lead to more expansionary fiscal policy to support growth.

Officials in Hubei stunned financial markets on Thursday by announcing a sharp increase in new infections and deaths from the coronavirus, reflecting the adoption of a new method to diagnose the illness.

Uncertainty about the scale of epidemic is likely to discourage investors from taking on excessive risk until there is sufficient evidence that its spread has slowed.

“There is a return of risk aversion, so yen and other safe-haven assets have risen, but reaction so far has been temporary and limited,” said Masafumi Yamamoto, chief currency strategist at Mizuho Securities in Tokyo.

“The change of reporting standards in china is a concern. There is a fear that China is still hiding something.”

The yen JPY=EBS traded a tad higher at 109.79 per dollar on Friday in Asia, on course for its second day of gains.

Hubei officials on Friday reported 4,823 new cases and 116 new deaths as of Feb. 13, but investors were still reeling after Hubei reported 14,840 new cases and a record daily increase in deaths on Thursday, using new diagnostic methods to reclassify a backlog of cases.

China’s economy will grow at its slowest rate since the financial crisis in the current quarter, according to a Reuters poll of economists who said the downturn will be short-lived if the outbreak is contained.

The coronavirus was first detected in the Chinese city of Wuhan, a nerve centre in the global supply chain. It has so far claimed more than 1,300 lives in China and spread to 24 other countries.

The euro EUR=EBS fell 0.1% to $1.0827, the lowest since April 2017, as investors braced for the release of GDP data from Germany and the euro zone later on Friday.

The single currency EURCHF=EBS was quoted at 1.0614 Swiss francs, close to the lowest since August 2015. The euro EURGBP=D3 eased slightly to 83.06 pence, close to the weakest since December.

Sentiment for the euro worsened after data earlier this weak showing a plunge in euro zone manufacturing output reinforced expectations that monetary policy will remain accommodative.

The pound GBP=D3 was little changed at $1.3046 following a 0.64% gain on Thursday due to expectations that British Prime Minister Boris Johnson's appointment of a new finance minister will lead to more fiscal spending to help Britain weather its transition away from the European Union.