Africa’s Biggest Bank Is In Play. Does Anyone Want It? - BLOOMBERG 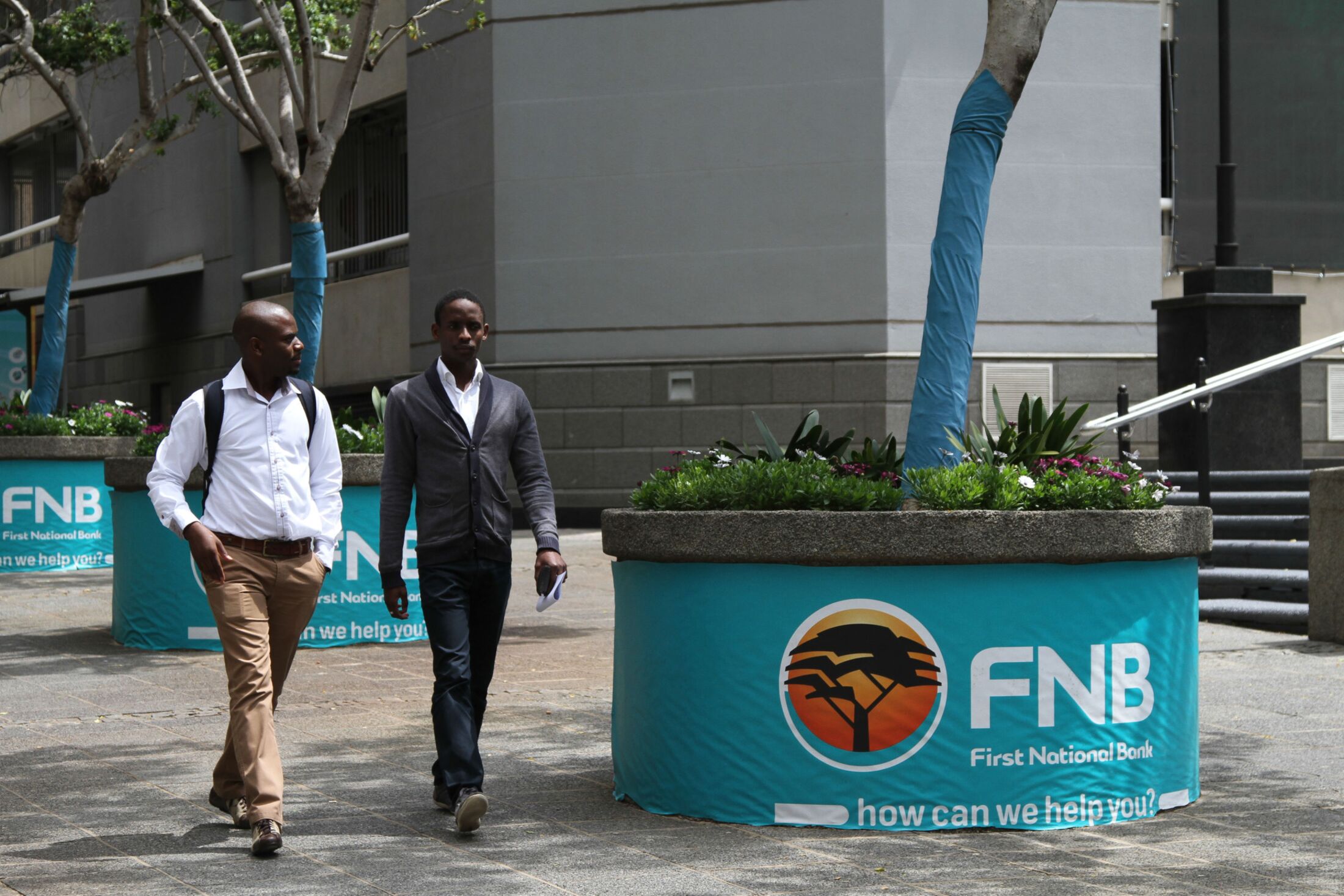 Africa’s biggest bank by market value just became a possible takeover target -- at a time when potential buyers are scarce.

Billionaire Johann Rupert’s Remgro Ltd. and RMB Holdings Ltd. are spinning off their stakes in Johannesburg-based FirstRand Ltd. to achieve better value for their investment in the banking group. Unbundling FirstRand means it no longer has a dominant holder and its securities are easier to trade.

“If you think of the size of FirstRand, for an international banking company to come in and spend that much money in South Africa is probably unfeasible at the moment,” said Adrian Cloete, a portfolio manager at PSG Wealth in Cape Town. A buyer would also need to overcome antitrust obstacles and international capital requirements have made it harder for banks to hold investments abroad.

A buyout would also be a tough sell to investors after nine years of plundering under former President Jacob Zuma’s administration. Now, the state is in a debt trap, taxes have been raised, consumers are struggling and the economy hasn’t expanded more than 2% annually since 2013.

Rewind to 2004 and the picture was very different. Bids for South African banks were lining up, the economy was headed for its fastest growth rate in almost a decade, and the government was posting surpluses and cutting taxes.

There are other factors at play too. European lenders are focusing more on their home markets, with the likes of Deutsche Bank AG and Societe Generale SA shrinking their investment banks. Depressed share prices are also dissuading companies such as Italy’s UniCredit SpA from participating in consolidation.

The global financial crisis knocked deals, with HSBC Holdings Plc in 2010 ending talks with Nedbank Group Ltd.; since spun out of insurer Old Mutual Ltd. Two years prior, Industrial & Commercial Bank of China Ltd. bought 20% of Standard Bank Group Ltd. in what was then the biggest overseas purchase yet by a Chinese firm. In 2005, Barclays Plc beat Standard Chartered Plc for Absa Group Ltd., only to surrender control in 2017.

Merger and acquisition activity across South African industries slumped to 5.4 billion rand ($366 million) in 2018, the lowest level in 15 years, with deal flow over the past few years mainly concentrated in local companies expanding their operations in countries such as the U.K., Australia and India.

At the moment, FirstRand is an outperformer. It is the most profitable of its three biggest peers, Standard Bank, Absa and Nedbank, while its shares have also outperformed its rivals over the past five years, according to data compiled by Bloomberg. Although at a price to book ratio of 2.7 times, it is also the most expensive relative to its peers.

No deal is currently in the pipeline regarding FirstRand, said RMH Chief Executive Officer Herman Bosman.

While there is a “control premium at RMH level if somebody wanted to buy control of FirstRand,” he said, “we don’t think that’s on the cards, at all.”

Being bundled out of RMH will end a chapter in the life of the bank, which has its roots in a small startup founded in Johannesburg’s central business district in 1977.

As holding firms, companies like RMH and Remgro trade at a discount to the value of their underlying investments, which is spurring the spinoff. Remgro owns 28% of RMH and 3.9% in FirstRand, while RMH owns 34% of FirstRand.

“If this transaction goes through as we planned, it will be the end of a prolific era in South African corporate history,” Bosman said. “But it’s not the only factor to consider. We are unlocking 15 billion rand to shareholders, that’s significant.” 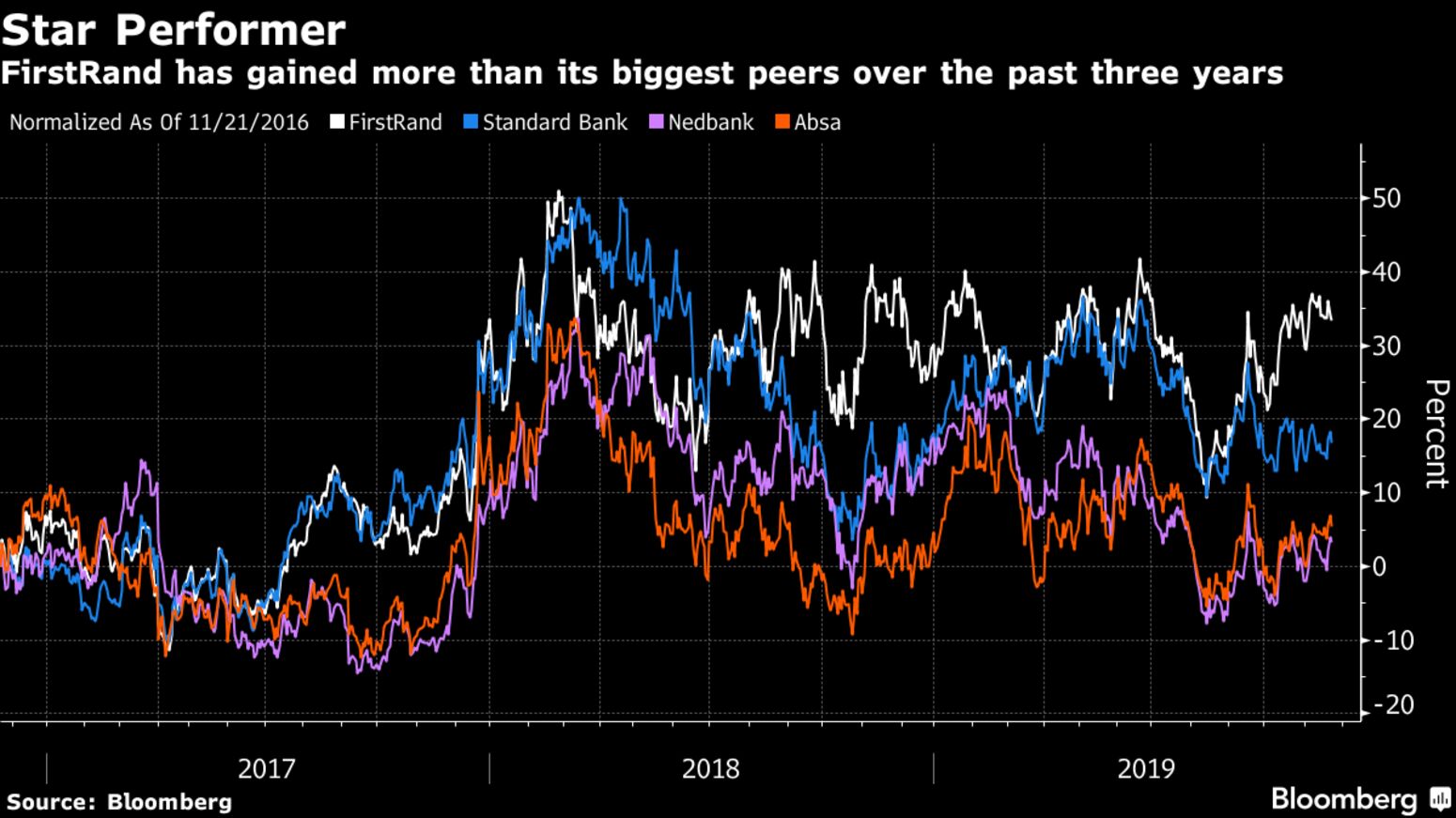 In RMH’s case, the unbundling of FirstRand should’ve happened a long time ago, said Nolwandle Mthombeni, an investment analyst at Mergence Investment Managers.

“The discount to net asset value has been widening over the last two years, resulting in lower returns for investors who saw RMH as a cheaper entry point into FirstRand,” she said.

The spinoff may encourage investors to pressure other holding companies to follow, said Casparus Treurnicht, a money manager at Gryphon Asset Management.

“With extra layers of fees under conventional structures and these skimming investor value, you usually see discounts widening over time,” he said. “Holding company structures are a thing of the past.”

— With assistance by Adelaide Changole