By Henrique Almeida and Candido Mendes

Angola’s central bank stopped using a trading band that kept the kwanza’s value within a fixed range, accelerating the currency’s slump, according to two people familiar with the matter.

The central bank of Africa’s second-largest oil producer last year introduced a rule that wouldn’t allow the kwanza to move more than 2% at currency auctions. It started allowing the currency to trade more freely at some auctions this month, said the people, who asked not to be identified because they are not allowed to speak to the media.

The kwanza has weakened 18% this month to 453 per dollar, the worst performance among more than 140 currencies monitored by Bloomberg, and extending its fall this year to 32%. Asked in an email if the central bank had stopped using the trading band over the past month, a spokeswoman for the Luanda-based lender said that the information “is correct.” 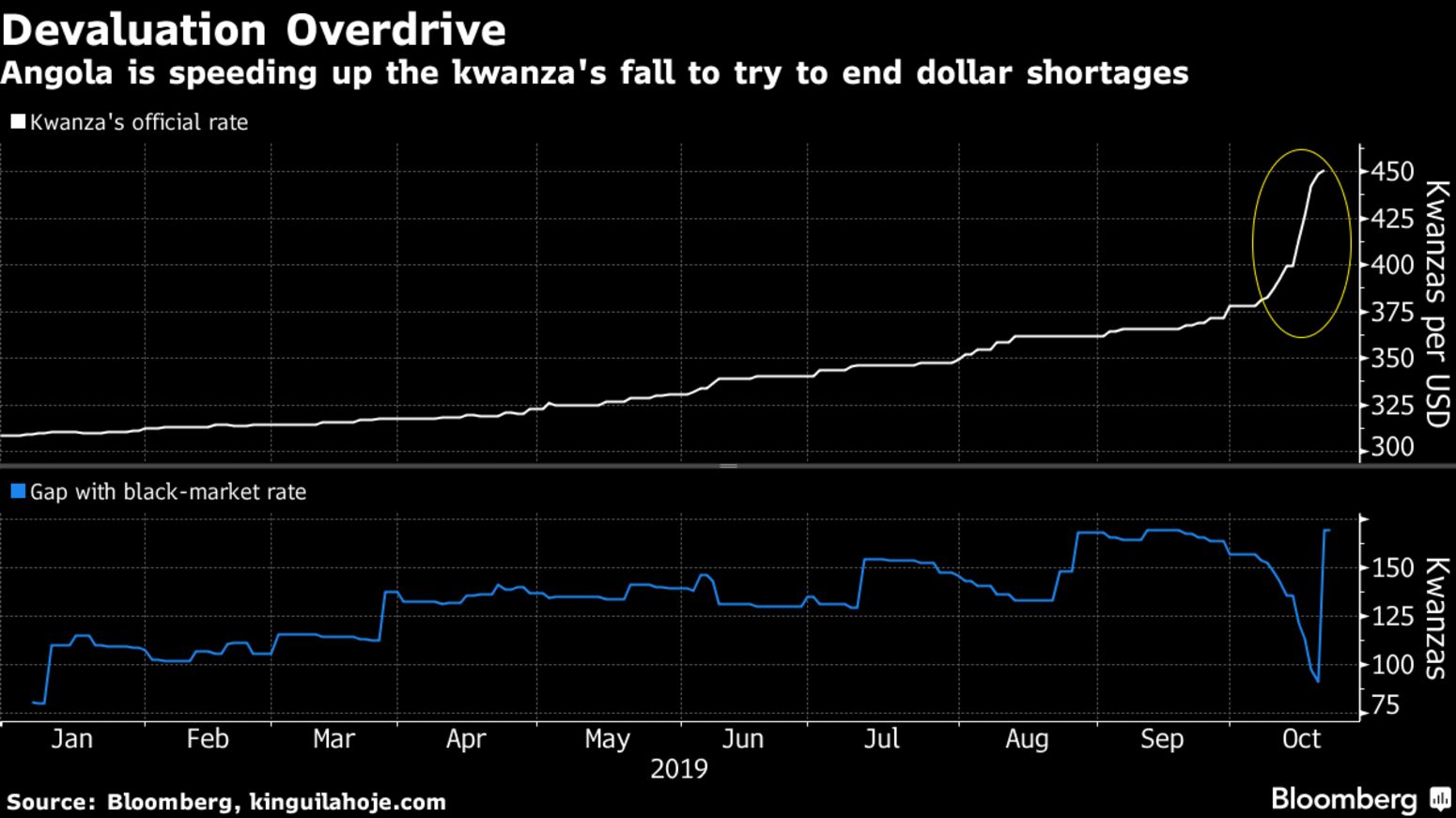 The kwanza began a sharp depreciation after the central bank started holding daily auctions of $10 million each on Oct. 9, according to the results of these auctions on the National Bank of Angola’s website. In theory, the central bank had ended the trading band earlier this year, but continued to impose the rule at its regular auctions to limit the depreciation of the kwanza, one source said.

The monetary policy committee will hold an extraordinary meeting on Wednesday to fine-tune “measures and instruments of monetary and exchange rate policy,” it said on Oct. 20. The bank has cut its benchmark rate by 250 basis points in the past 18 months to 15.5%.

The meeting, originally scheduled for the end of November, takes place amid a persistent gap between the street and official exchange rate, which is trading at 600 to the dollar, according to Maria Chiminha, an informal trader in Luanda.

“The excess FX demand, indicated by the widening of the official-parallel exchange rate spread, will be resolved only when the exchange rate freely adjusts at every auction,” the IMF said in a statement on June 12. “The existing restrictions should be removed to facilitate market-based price formation and enhance exchange rate flexibility to better insulate the economy from external shocks.”

— With assistance by Paul Wallace