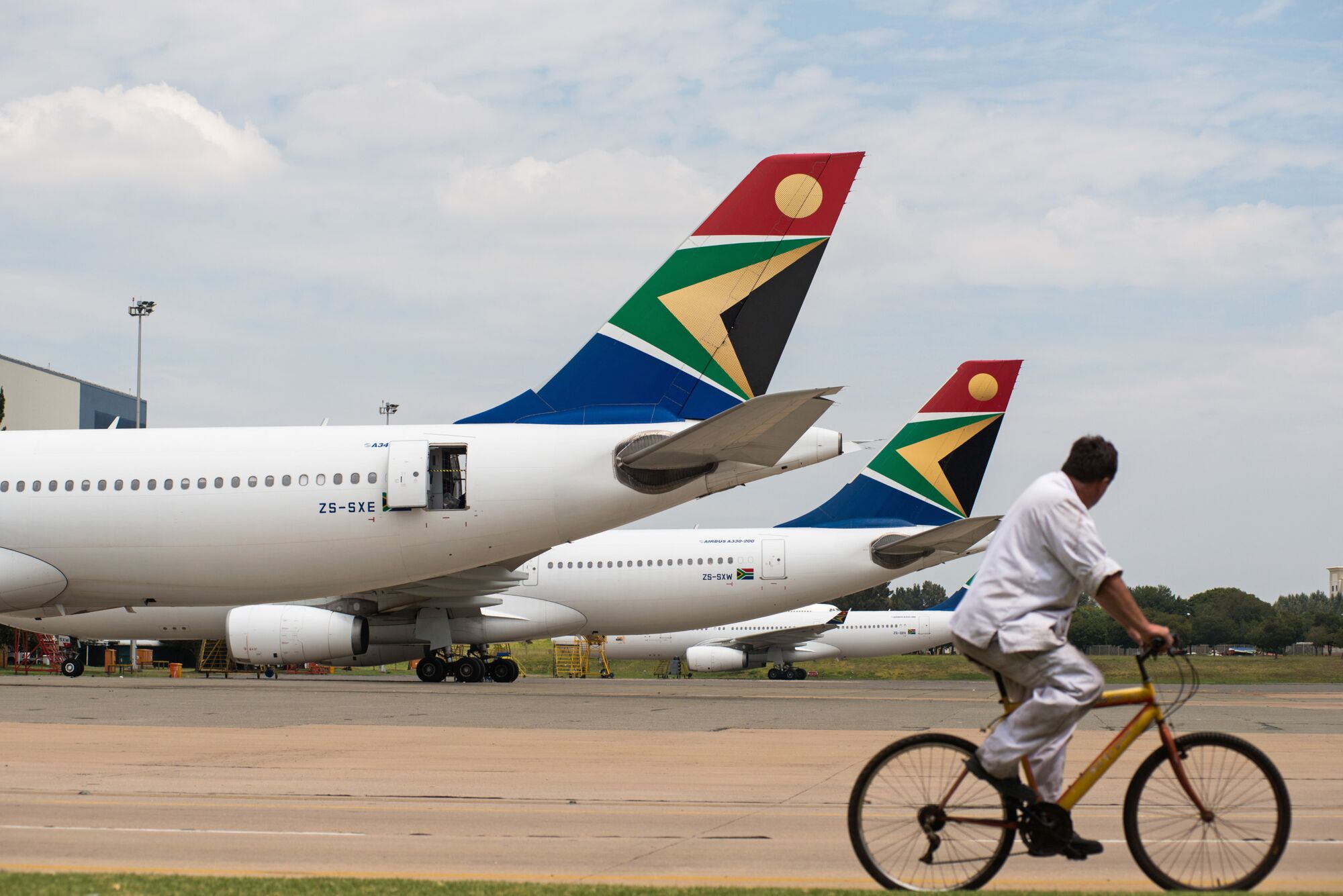 Speculation that South African Airways is in danger of going under could become self-fulfilling.

The national carrier has been given 57 billion rand ($3.9 billion) in bailouts since 1994 and last made a profit in 2011. The company’s already precarious finances took another hit last month when workers staged a week-long strike that grounded a number of flights, and customers have canceled bookings on others.

The extent of the carrier’s cash crisis was on stark display when it missed a deadline to publish its financial statements, due at the end of October, and delayed paying workers their full salaries for November. 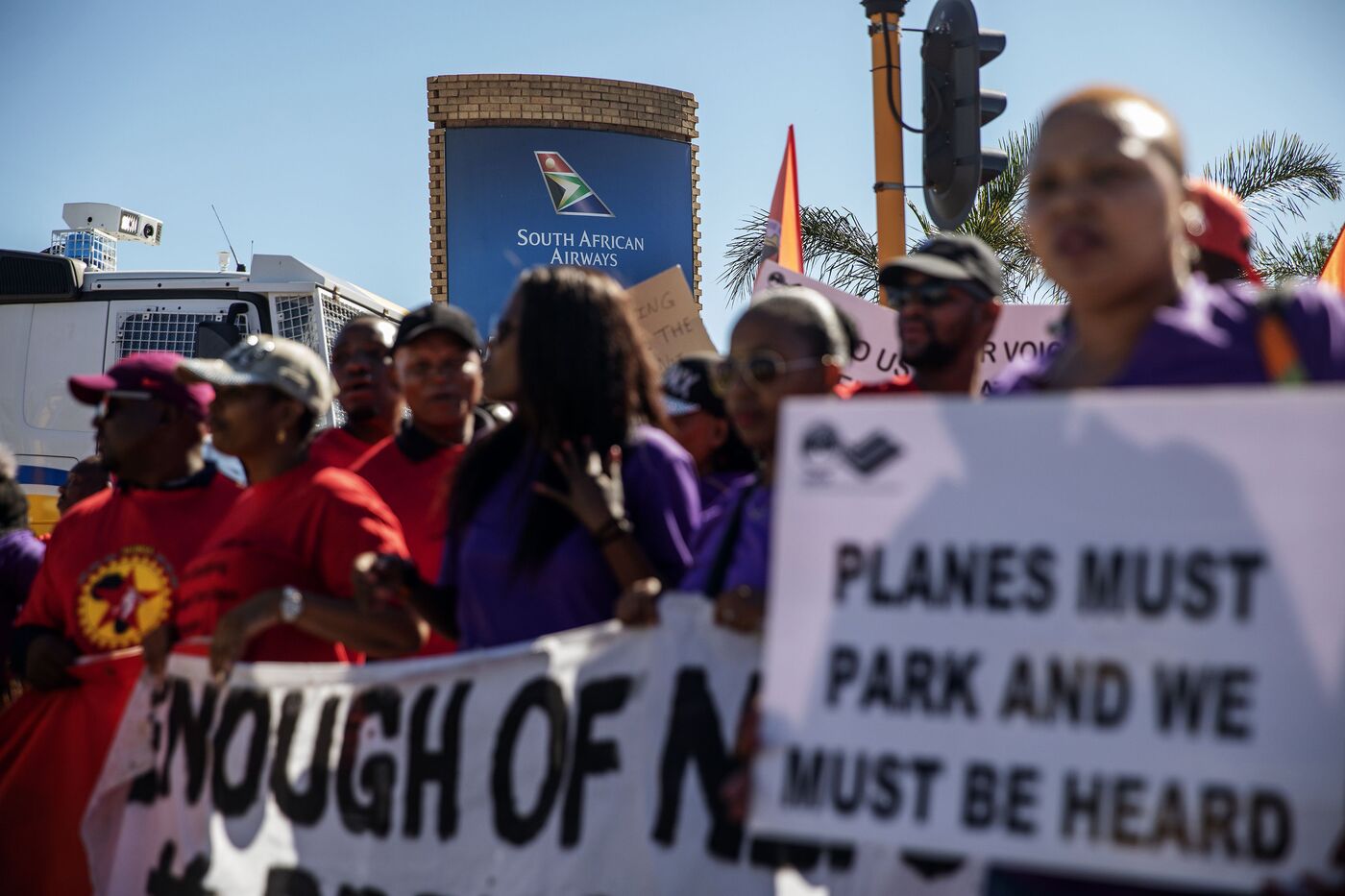 Public Enterprises Minister Pravin Gordhan said Sunday in a statement that the airline will undergo a “radical restructuring” to ensure its financial and operational sustainability, without providing further details. Finance Minister Tito Mboweni has said it would be better if the airline was shut down.

“SAA is now looking over the edge of a financial abyss,” said Raymond Parsons, a professor at North-West University’s Business School in Potchefstroom, west of Johannesburg. “Its balance-sheet viability game is now very much in injury time. Tough strategic decisions need to be urgently implemented to put it on a sustainable footing and to regain the confidence of customers and other stakeholders.”

Companies are losing faith that the airline can and will be saved. On Nov. 28, Sanlam Ltd.’s Travel Insurance Consultants unit said it will exclude SAA from its insolvency cover. That announcement and the government’s mixed messages about bailing out the airline again prompted Flight Centre Travel Group (Pty) Ltd., one of South Africa’s biggest travel companies, to stop selling the state airline’s tickets.

“We have had to make an immediate move to mitigate the risk to ourselves and our clients,” said Andrew Stark, Flight Centre’s managing director for the Middle East and Africa. 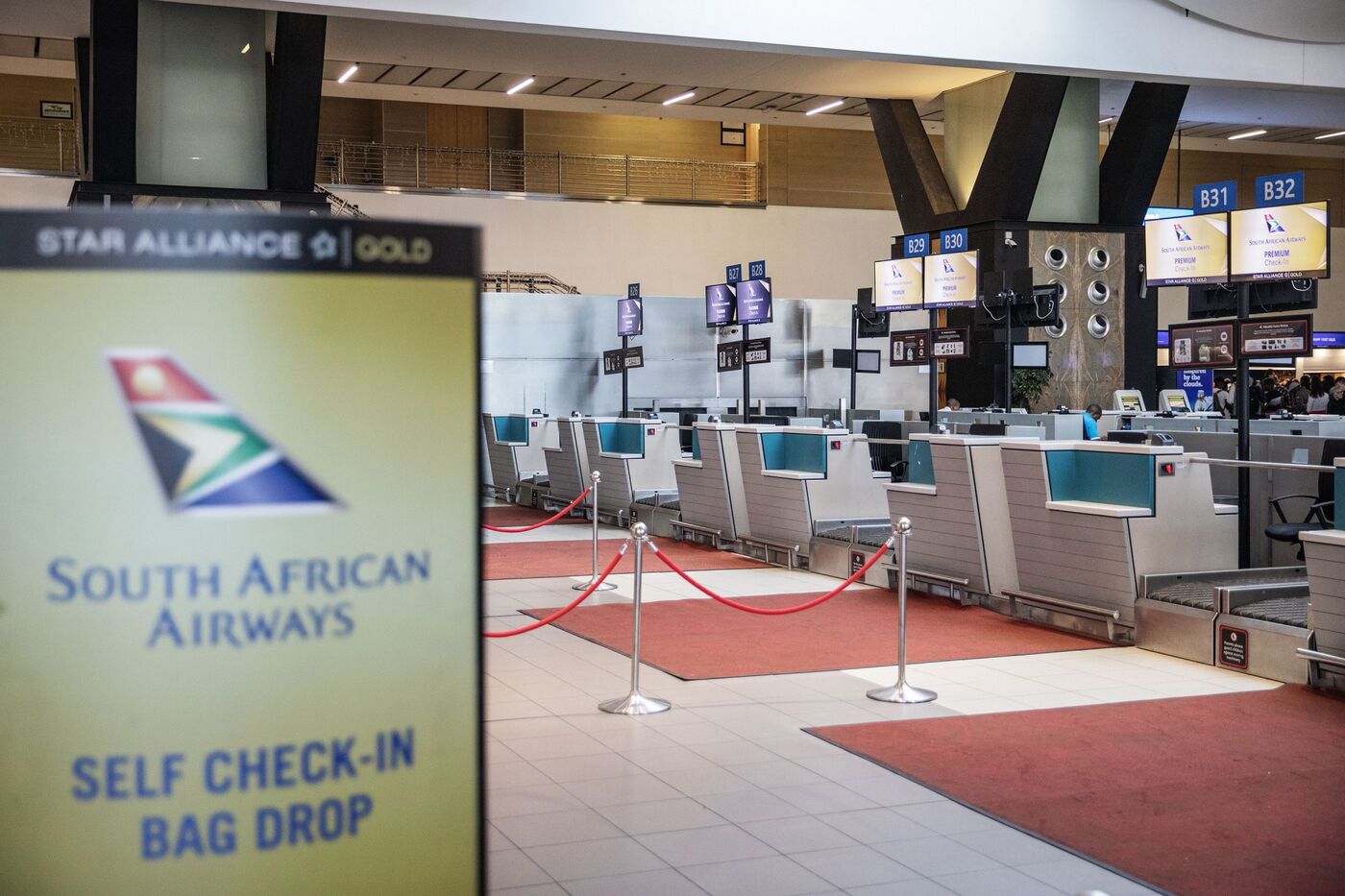 The biggest and most immediate impact of the loss of insurance cover and travel agency bookings will be on SAA’s domestic business-travel revenue, according to Joachim Vermooten, an independent airline economist.

The effect on its international business will take longer to determine, because the bulk of passengers on those flights are tourists, he said. Many of them book tickets well in advance, and it’s too early to say whether the airline can survive, Vermooten said.

SAA, which offers flights to more than 30 local and international destinations, began operating in 1934 when the government took over the assets and liabilities of Union Airways. The state sold a 20% stake in the carrier to Swissair in 1999 and bought the shares back in 2002 after the Swiss carrier went bankrupt. While the government has said it will consider selling an equity stake, no tangible progress has been evident.

Parliament’s tourism committee said in a statement the carrier must keep flying and called on President Cyril Ramaphosa to intervene and restore it to financial stability. Even if the government were to intervene, it would struggle to come up with the money at a time when its own finances are under pressure, the economy is stagnating and it’s facing calls from other state companies for bailouts.

Alf Lees, finance spokesman for the main opposition Democratic Alliance, urged the government to take a hard line. “If government gives it more money, SAA will simply continue with its bad business practices and then will end up in the same situation again in the near future,” he said.

The Johannesburg-based Business Times newspaper reported on Sunday that SAA’s former Chief Executive Officer Vuyani Jarana drafted a plan proposing to create a commercial joint venture between the airline and Ethiopian Airways Group as a way to rescue the embattled carrier. The plan, which was put before SAA’s board five months ago, urges the government to offload SAA since it has little strategic value, given its thin margins and the stiff competition from other carriers.

The proposed pan-African carrier would be located in Johannesburg, and would be managed by executives from both airlines. Once created, the joint venture would prioritize destinations such as Mumbai, Bangkok and Tokyo, and would seek to increase its presence in West Africa. Ethiopian Airways would sublet aircraft and pilots to SAA, while the South African carrier would provide cabin crew under the proposed deal, Business Times reported. Jarana resigned in June, citing slow decision-making that he said jeopardized SAA’s turnaround strategy.

— With assistance by Adelaide Changole