The tanker sector is about to witness a dramatic impact from the Dangote Refinery, currently under construction in Nigeria.

The biggest refinery in Africa is expected to make its mark in the tanker market. In its latest weekly report, shipbroker Gibson said that “the news that the Nigerian National Petroleum Company (NNPC) intends to take a 20% stake in the $18 billion under-construction Dangote Refinery caused us to stop and consider what the impact of this would be.

Then a couple of weeks later it was announced that NNPC will supply at least 300k b/d of crude to the 650 k b/d refinery. This is a bold move as it will bolster domestic supply security to the new refinery and guarantee an outlet for the country’s crude.

This comes at a time when there has been a general lack in up-stream investment in oil production facilities within the country, as well as the impact of recent OPEC+ cuts which have contributed to a steady fall in overall oil production in Nigeria in recent years. The country has the capacity to pump between 2.2-2.3 million b/d of crude and condensate, but output has averaged around 1.59 million b/d over the past 12 months”. 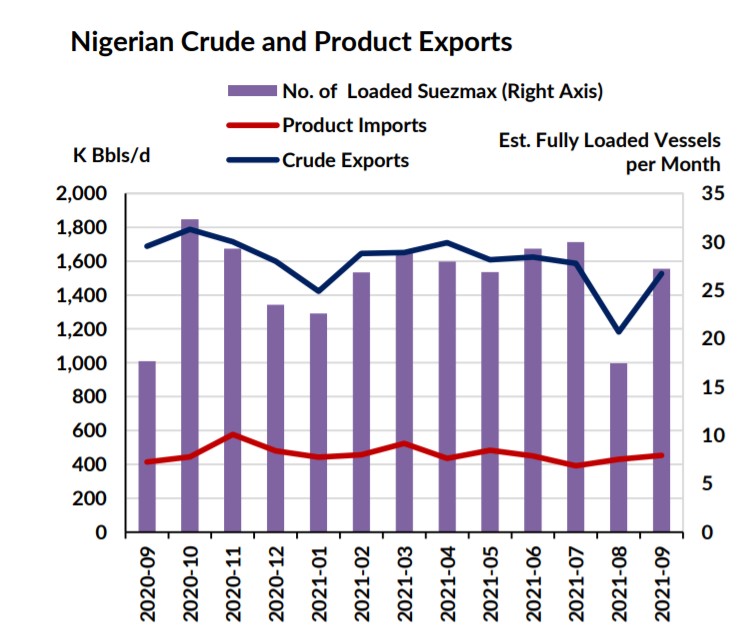 According to Gibson, “the start-up of the Dangote Refinery is scheduled for early-2022. However, due to various setbacks and the extended downtime due to Covid-19, it is anticipated that the start-up could be pushed back to 2023.

The refinery has been designed to process 12 crudes with a focus on three Nigerian grades – Escravos, Bonny Light and Forcados. With NNPC supplying at least half the crude throughput, the question remains where will the other 50% be sourced from? Apart from neighbouring West African producers, the US would be an obvious source, as well as various North Sea grades.

This will potentially put Nigeria in a position of importing crude. While there is some uncertainty as to where the additional crude will come from, what is certain is that there will be a drop in the volume of exported volumes, which will have a knock-on effect on the tanker market.

Around 70% of Nigerian crude exports are loaded on Suezmaxes. An average of around 35- 40 Suezmax cargoes are loaded each month. Assuming that NNPC do supply at least their agreed volumes, this could reduce the number of Suezmaxes loading in the country by around 9-10 vessels per month. In addition, Nigeria exports significant volumes of crude to India, Spain, South Africa and Northern Europe. If domestic crude is diverted for the new refinery, then these countries will have to substitute the lost volumes from alternative sources, which may well come from further afield”. 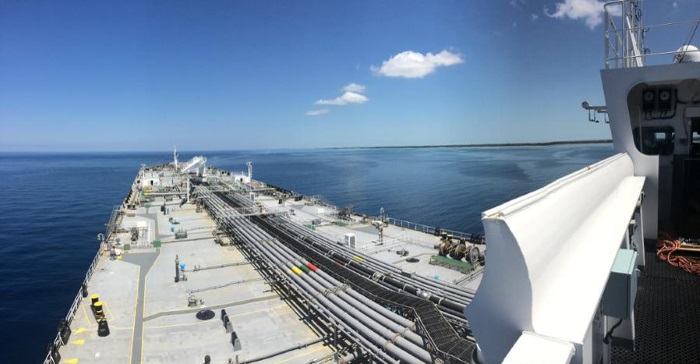 “The new refinery will be the largest in Africa and the world’s largest singletrain facility when completed. The plant will produce 327 k b/d of gasoline, 244 k b/d of gasoil/diesel and 56 k b/d of jet fuel/kerosene.

Once fully operational it is expected to be able to fulfil the products demand of Nigeria. This will transform the country from a net importer of products to potentially enabling it to become an exporter.

This will mean that there will have to be an adjustment within the product tanker sector as well. Significant volumes of gasoline and other products are sourced from Northern European and Indian refineries. These trades are likely to come under major downward pressure once the new refinery ramps up operations”, the shipbroker added.

Gibson concluded that “whilst there are still uncertainties regarding the timescale of the start-up of the refinery, there are also many unknowns regarding the future tanker sector demand that will go alongside the start-up of this new facility. One thing is for sure, the Dangote refinery will have a dramatic impact within the domestic Nigerian market as well as the wider tanker sector”.
Nikos Roussanoglou, Hellenic Shipping News Worldwide