The Central Bank of Nigeria signaled it will allow the naira to weaken past its official rate as it gradually unwinds its regime of multiple exchange rates, data on its website shows.

The Abuja-based central bank stopped publishing the fixed naira exchange rate on its website and it now says that the rate will be “market-determined.’’ The central bank used to have an official rate as strong as 305 naira per dollar. That rate was used to ensure that some traders including, fuel importers, got cheap dollars. 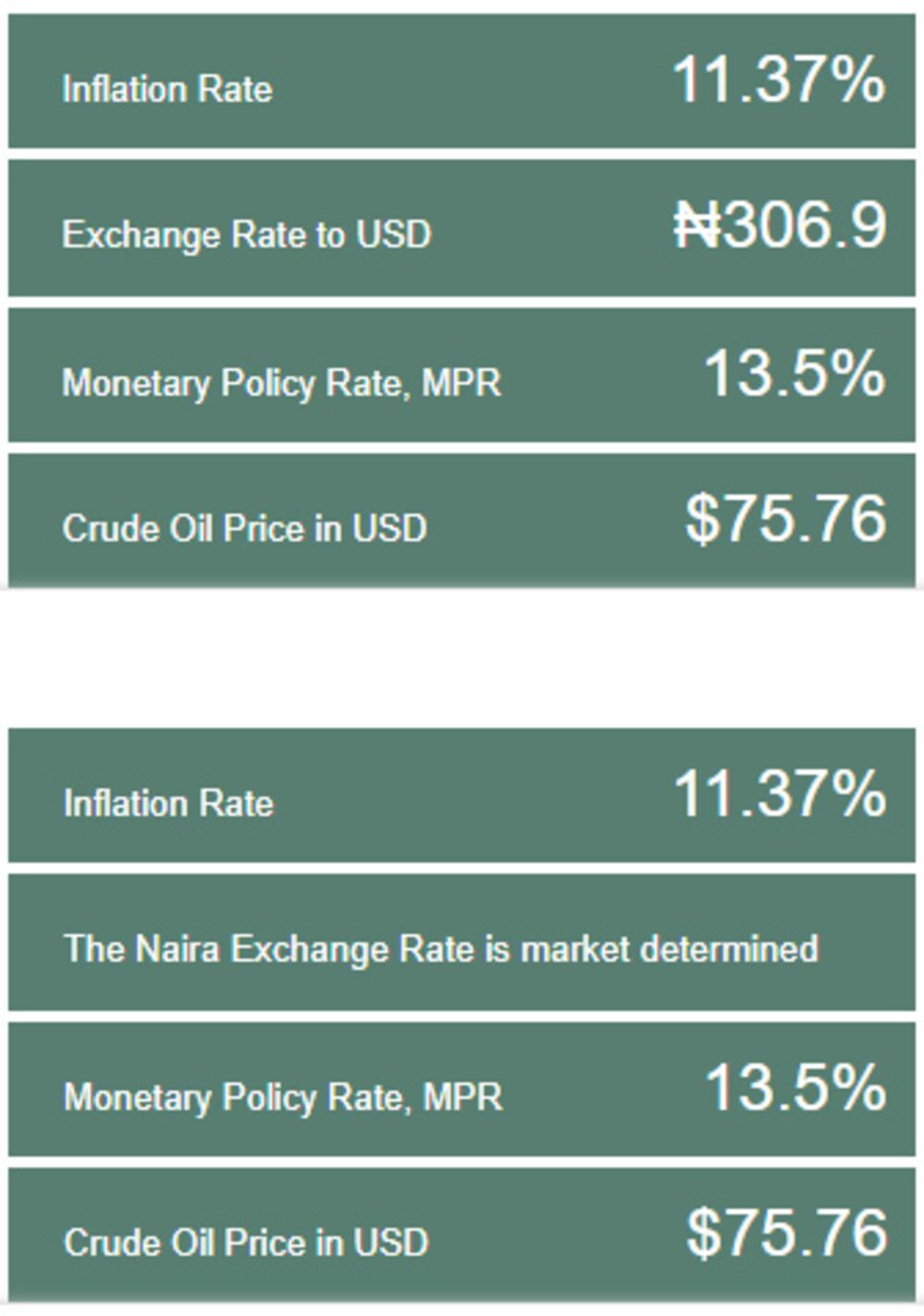 Then and now: the top block shows the central bank website two weeks ago and the bottom block is on Tuesday.

A move toward a market-determined exchange rate will be welcomed by investors, who have long accused the government of some level of capital controls and bemoaned the system of multiple exchange rates. The central bank is in talks with other agencies to move to a single rate for the nation’s currency, Yewande Sadiku, the head of the Nigerian Investment Promotion Commission, said last month.

“Putting that on the website means the central bank is gradually moving towards a single exchange-rate window,” Kunle Ezun, a currency analyst at Ecobank Transnational Inc in Lagos, said by phone. “It is making the exchange rate more liquid to attract more inflows.”

Nigerian Customs Service told importers yesterday to pay for duties at a weaker rate of 326 naira per dollar from 306 naira citing a directive from central bank, according to Jonathan Nicol, President of Shippers Association of Lagos State. Calls to central bank spokesman Isaac Okorafor didn’t connect and there was no reply to text messages.

— With assistance by Tom Hall