Saudi Arabia’s oil production was disrupted after a fleet of 10 explosive drones targeted the heart of the kingdom’s oil industry, starting fires at the world’s biggest oil processing plant at Abqaiq.

State oil company Saudi Aramco said the fires were contained but a person with knowledge of the matter said the attack had hit production without giving details. Houthi rebels in Yemen, who have launched several drone attacks on Saudi targets, claimed responsibility. 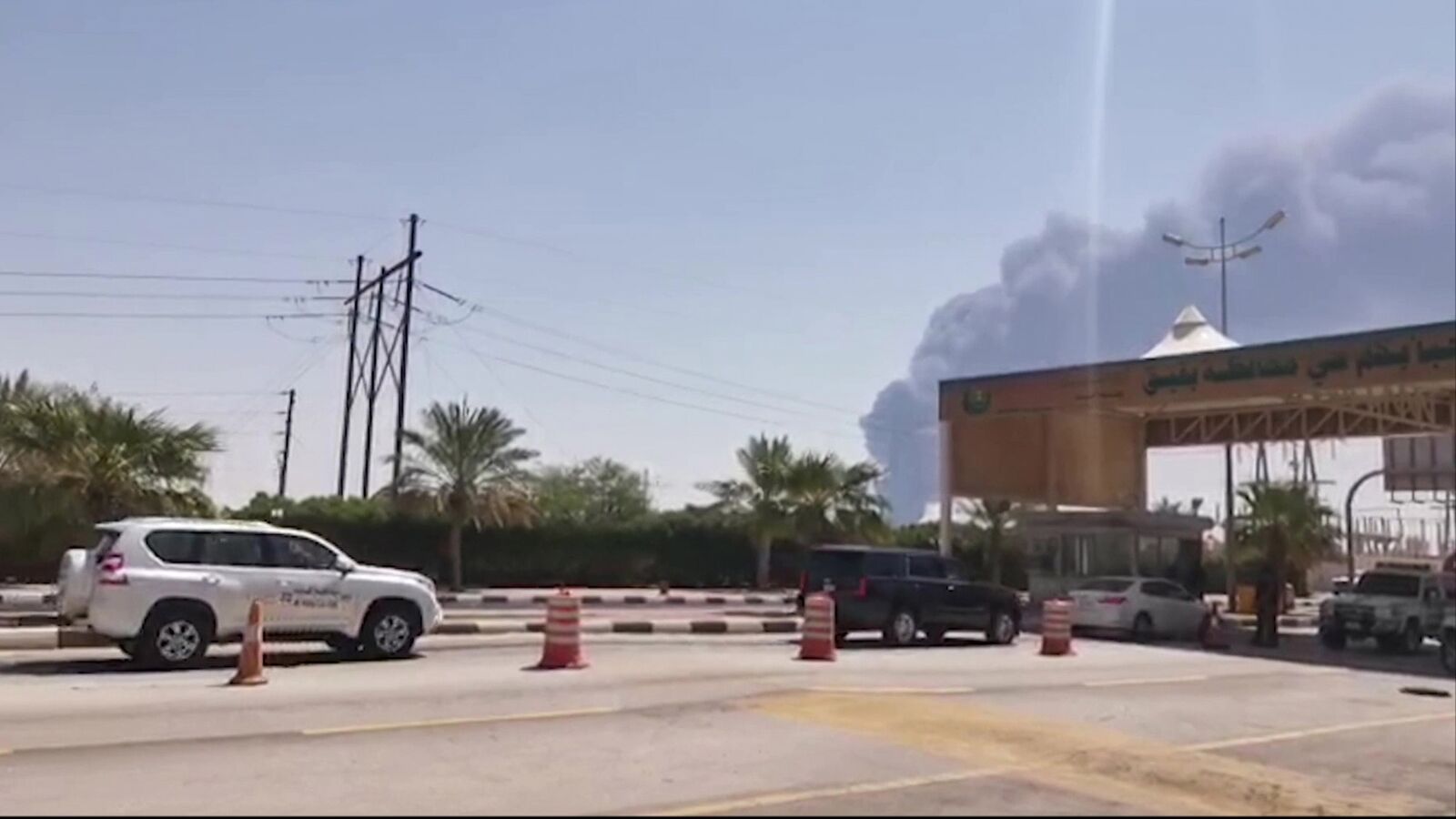 The strike is the biggest attack on Saudi Arabia’s oil infrastructure in more than a decade and highlights the vulnerability of the network of fields, pipeline and ports that supply 10 percent of the world’s crude oil. An outage at Abqaiq, where crude from several of the country’s largest oil fields is processed before being shipped to export terminals, would jolt global energy markets.

“Abqaiq is the heart of the system and they just had a heart attack,” said Roger Diwan, a veteran OPEC watcher at consultant IHS Markit. “We just don’t know the severity.”

Facilities at Abqaiq and the nearby Khurais oil field were attacked at 4 a.m. local time, state-run Saudi Press Agency reported, citing an unidentified interior ministry spokesman. It didn’t give further details and no further updates have been released. 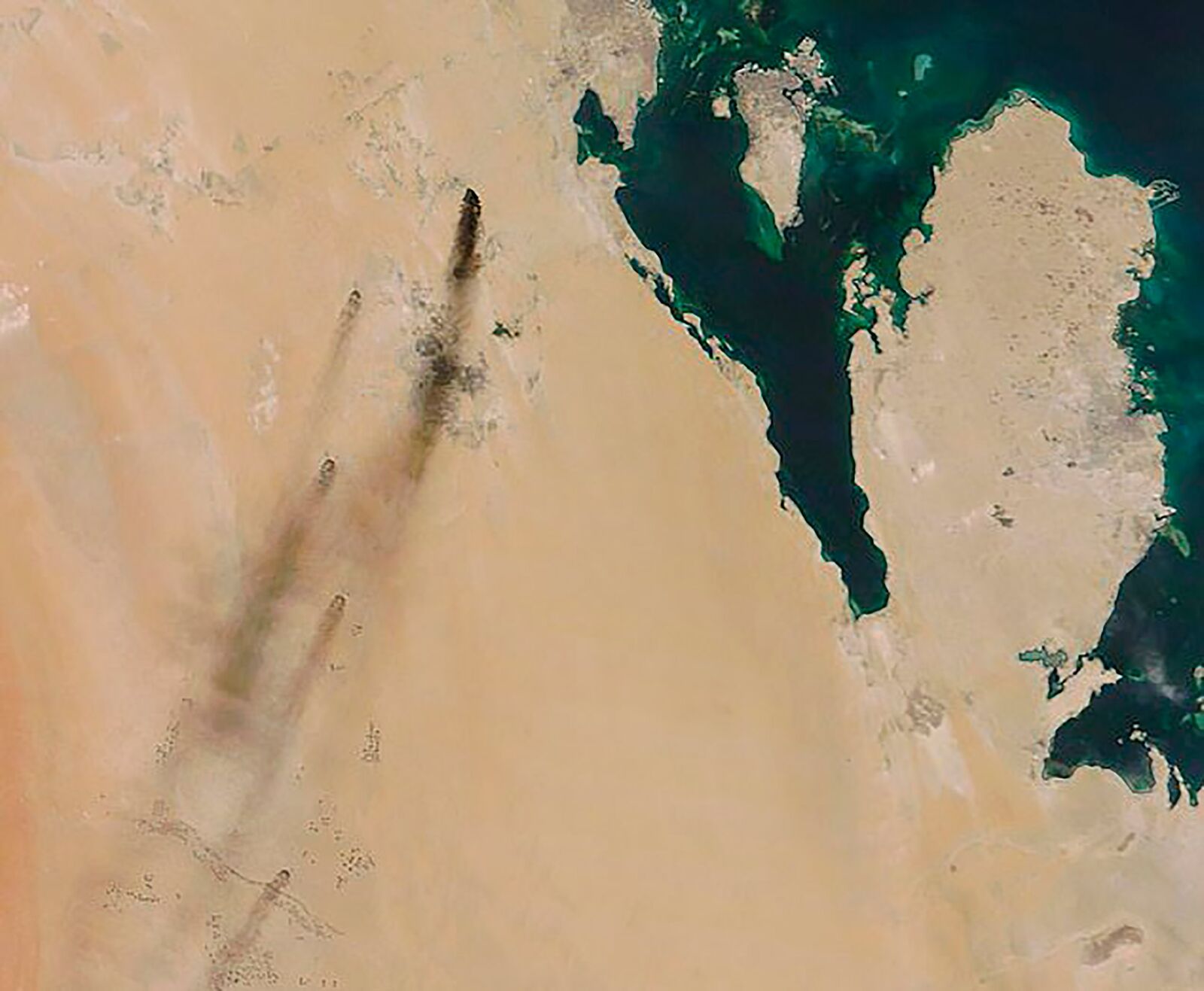 Senior Aramco executives are holding an emergency meeting to assess the situation, the person said, asking not to be named before an official announcement.

A satellite picture from a NASA near real-time imaging system published early on Saturday showed a huge smoke plume extending more than 50 miles over Abqaiq,. Four additional plumes to the south-west appear close to the Ghawar oilfield, the world’s largest. While that fields wasn’t attacked, its crude is sent to Abqaiq and the smoke could indicate flaring. When a facility stops suddenly, excess oil and natural gas is safely burned in large flaring stacks.

The attacks were carried out with 10 drones and came after intelligence cooperation from people inside Saudi Arabia, rebel-run Saba news agency reported, citing Houthi spokesman Yahya Saree. “Our upcoming operations will expand and would be more painful as long as the Saudi regime continues its aggression and blockade” on Yemen, he said.

The attacks come as Aramco, officially known as Saudi Arabian Oil Co., is speeding up preparations for an initial public offering. The energy giant have selected banks for the share sale and may list as soon as November, people familiar with the matter have said.

Saudi Arabia’s oil fields and pipeline have been the target of attacks over the past year, mostly claimed by Yemeni rebels. Tensions in the Persian Gulf -- pitting Saudi Arabia and its allies, including the United Arab Emirates, against regional foe and energy giant Iran -- have highlighted the risk to global oil supply.

Yemen’s Houthi rebels have been battling a Saudi-led coalition since 2015, when mainly Gulf forces intervened to restore the rule of President Abd Rabbuh Mansur Hadi and his government after the Houthis captured the capital, Sana’a. The conflict has killed thousands of people and caused one of the world’s worst humanitarian crises.

Khurais is the location of Saudi Arabia’s second-biggest oil field, with a production capacity of 1.45 million barrels a day. Abqaiq contains an oil-processing center, which handles about two-thirds of the country’s production. Abqaiq is home to the world’s largest oil processing facility and crude oil stabilization plant, and it has a crude oil processing capacity of more than 7 million barrels a day, according to the U.S. Energy Information Administration.