LONDON (Reuters) - Sterling held above $1.30 on Wednesday, clinging on to recent gains on the back of dollar weakness, which outweighed the impact of a record drop in Britain’s economic output.

The economy shrank by 20.4% between April and June, when the country’s coronavirus lockdown was tightest, data showed on Wednesday, representing the largest contraction reported by any major economy so far.

“The direction of the print was never in doubt. The drop-off... may be accounted for, in part, by the timing of the lockdown as compared with other economies,” said Kieran Cleere, Director of Market Risk Solutions at Silicon Valley Bank.

June’s GDP data, meanwhile, offered the first window into the recovery as restrictions eased and the economy began to recoup of the losses, growing 8.7% month-on-month.

“The easier post-lockdown economic gains may soon be realised and so markets will be looking to establish how much of this momentum will be sustained,” Cleere said.

Kit Juckes, macro strategist at Societe Generale, said sterling/dollar would most likely be determined by the direction of the U.S. currency rather than by economic developments in Britain. 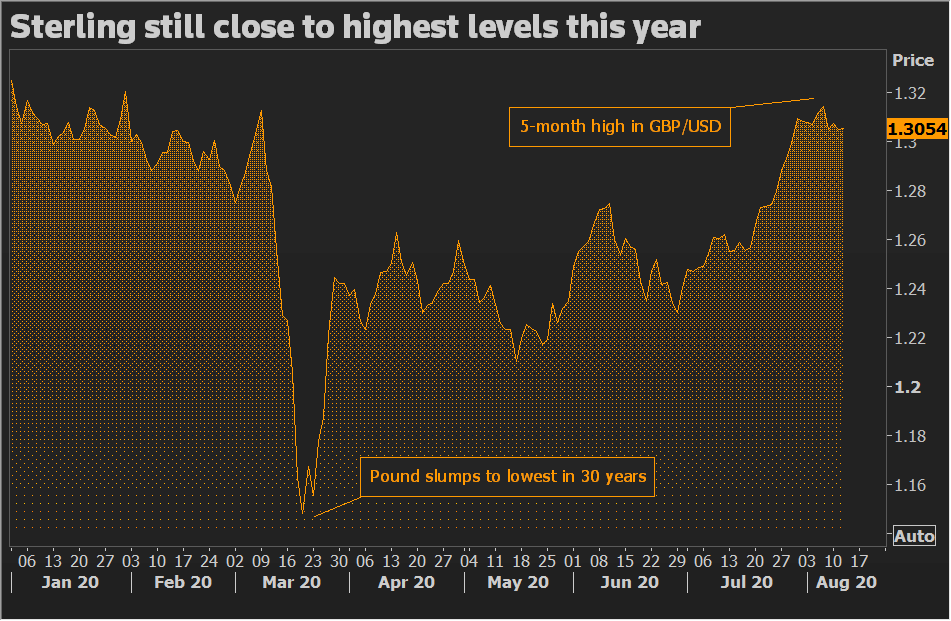