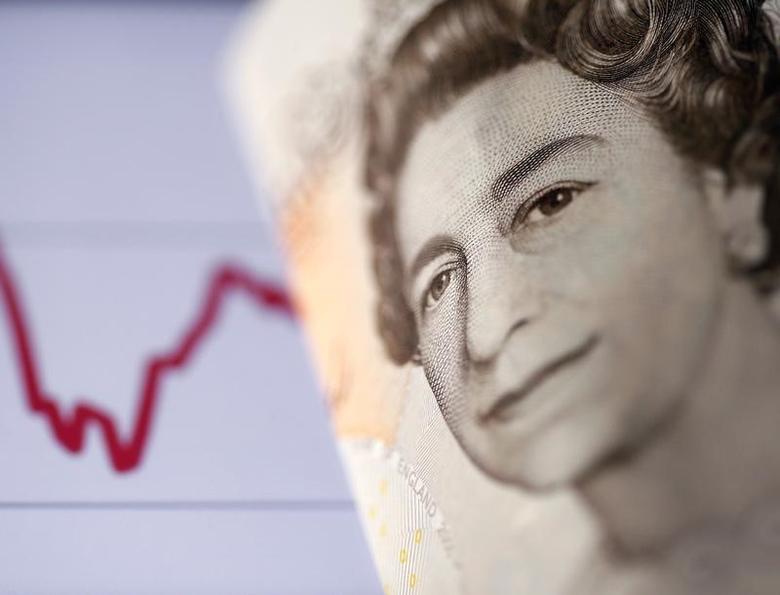 A British pound note is seen in front of a stock graph in this November 7, 2016 picture illustration. Picture taken November 7. REUTERS/Dado Ruvic/Illustration

Sterling traded at its highest in a week on Thursday after some more upbeat British housing data helped soothe nerves over economic growth and the government eased past parliamentary roadblocks to its plan to trigger talks on leaving the EU next month.

The pound has been rocked by a handful of weaker signals on the economy over the past week, hinting that consumers are finally beginning to feel the pain generated by an almost 20 percent fall in the currency that should push domestic prices higher.

Data earlier this week also showed the first falls in house prices since last June's Brexit vote. The price index run by the Royal Institution of Chartered Surveyors (RICS), however, bucked expectations for a further modest loss of pace.

"This morning's RICS house price data are a bit above expectations, and the next significant data come from tomorrow's trade and manufacturing production."

The UK economy surprised investors last year when it outpaced its peers among the world's big rich nations, driven by the spending of households who shrugged off the vote to leave the European Union.

But the results of a regular Bank of England survey on Wednesday showed British employers plan to offer the least generous pay deals since 2012 this year.

A number of major banks are still calling for the pound to fall by up to another 10 percent in the months ahead as the Brexit process develops, but it has resisted any push below $1.20 since the start of November.

"It has been a really messy 10 days," said a dealer with one London-based bank.

"The dollar bulls are licking their wounds after the past month, there are a lot of nerves on sterling again, but it seems like a split decision where we go from here."