By ALIKI KRATEROU and JAMES ROBINSON FOR MAILONLINE

A group of British expats living in Spain were stopped from boarding a flight to Madrid after airline staff informed them their residency papers were no longer valid following Brexit.

Nine passengers were prevented from boarding the Iberia/BA flight from London Heathrow to Madrid on Saturday night.

Staff reportedly blocked them from boarding and told them their pre-Brexit ID documents had become invalid.

The incident took place on January 2 - just a day after Britain's new trade deal with the EU came into force.

It also took place despite though both the Spanish and British governments agreeing specific documents - called the Foreign National Identification (NIE) document and the new Foreign ID Card (TIE) - would remain valid after Brexit.

Among those caught in the disruption was Madrid-based  British journalist and photographer Max Duncan, who reported the incident on Twitter.

The UK's embassy for Spain replied to Duncan's tweet saying: 'This should not be happening, the Spanish authorities have reconfirmed again this evening that the green residency document will be valid for travel to return to Spain as stated in our travel advice.'

Mr Duncan also recorded a video interview with a distressed couple that wasn't allowed on the flight. 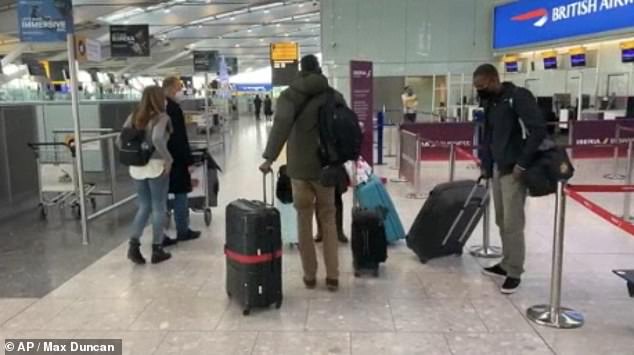 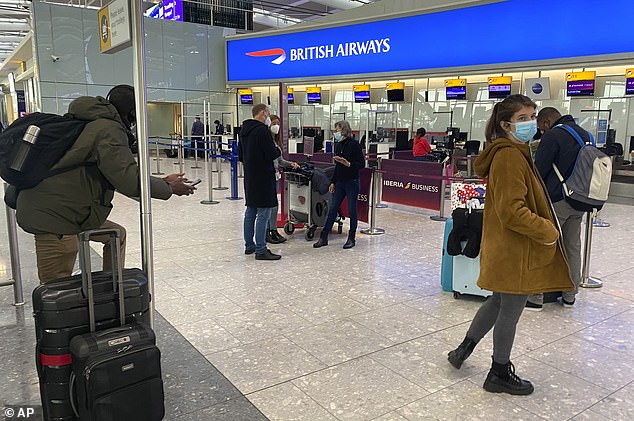 The incident took place on January 2, even though both the Spanish and British governments have agreed the Foreign National Identification (NIE) document and the new Foreign ID Card (TIE) remain valid 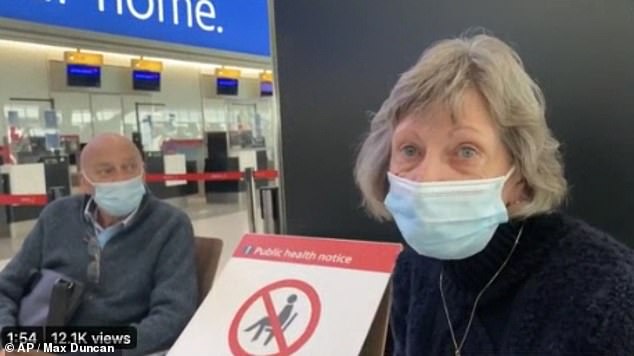 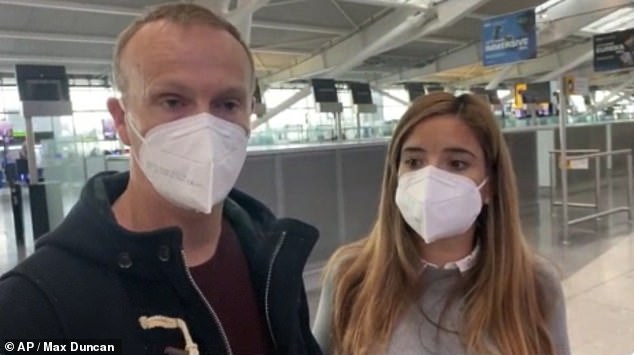 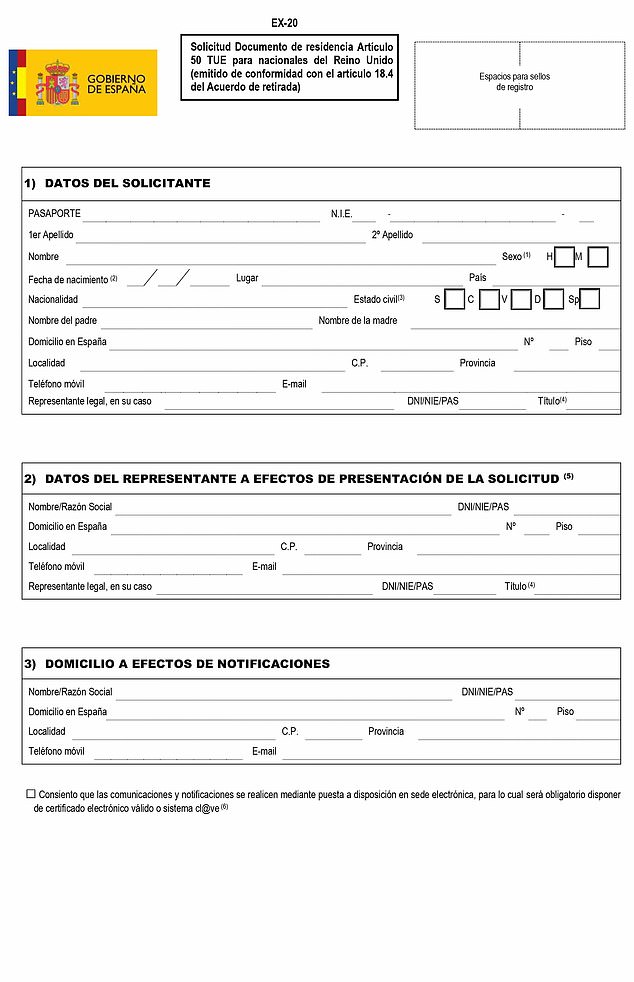 From work to pensions, passports and pets, what Britain's new Brexit deal with the EU means for you

By John Stevens, Deputy Political Editor for the Daily Mail

UK citizens no longer have an automatic right to live and work in the EU. The ability to do so depends on each country's immigration rules. Professional qualifications may no longer be recognised. Citizens of the UK and Ireland can continue to live, work and move freely between the two countries.

Existing EU burgundy passports remain valid but UK travellers will not be able to use fast track e-gates at EU airports or Eurostar. Britons visiting most EU countries and Iceland, Liechtenstein, Norway and Switzerland, should have at least six months left on their passport when travelling. It should also be less than ten years old on the day of travel.

Visits to EU countries will be limited to no more than 90 days in any 180. From January 2022, Britons will have to pay a visa-waiver for EU travel – approximately £6 per head. These will last for three years. 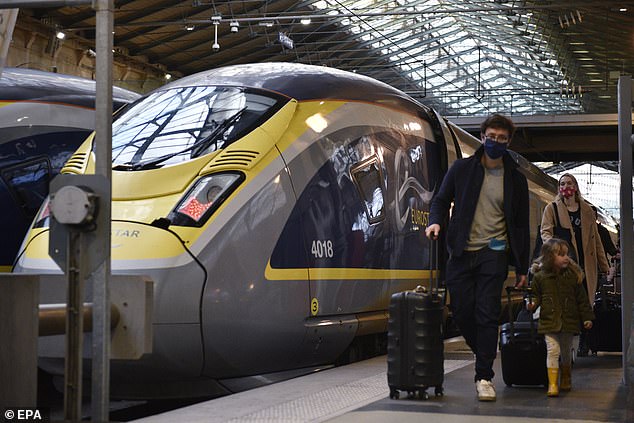 UK travellers will not be able to use fast track e-gates at EU airports or Eurostar. Pictured: Passengers from London arrive at Eurostar terminal in in Paris, France,  December 23

There will be a tax-free limit of £390 on goods brought back from the EU. For drink and cigarettes, the limits are 42 litres of beer; 18 litres of wine; nine litres of sparkling wine; four litres of spirits; and 200 cigarettes.

Most can continue to drive in the EU without the need to get an International Driving Permit. Those with an older paper licence may need one. Drivers taking their own car to the continent will need a 'green card' from their insurer. There may be a fee.

The EHIC – European Health Insurance Card – scheme is to end although cards remain valid until their expiry dates. The Government says it will bring in a similar global health insurance card. 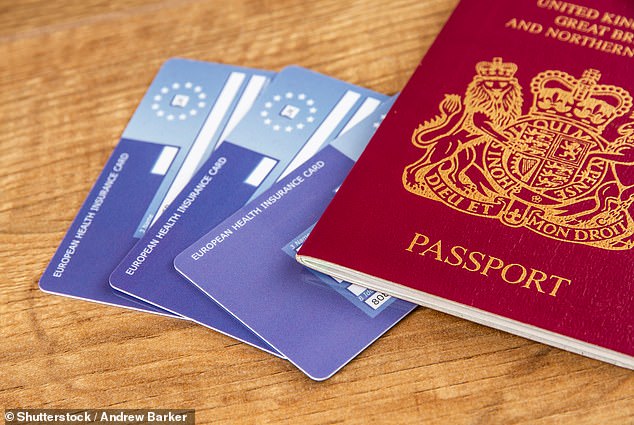 The EHIC – European Health Insurance Card – scheme is to end

UK will no longer participate in the Erasmus scheme, which allows students to study at European institutions for a year during their degree. A global 'Turing Scheme' will replace it from September 2021.

The EU pet passport scheme is ending and owners will need to get an animal health certificate instead. The cost is likely to be around £100, with a new one for each trip.

Sending goods to the EU will require a customs declaration, available from the Post Office. Britons receiving goods from the EU may have to pay duty, VAT and handling fees.

Retiring to the EU

A visa and proof of financial independence will now be needed. The UK state pension will still be paid.

Its citizens may escape some rules as the province is considered part of the European Union in certain circumstances.