The British Pound was set to close out the week with an advance in the region of three-quarters of a percent against the Dollar, thanks to a strong recovery move during the Friday trading session.

The Pound-to-Dollar exchange rate (GBP/USD) recovered from earlier daily lows at 1.3717 to trade at 1.3812 at the time of publication; if the pair close around current levels the weekly advance would register at 0.75%.

"Sterling corrected its early hours' decline as it neared its 100-day MA at 1.3708 that has marked a solid support marker for the GBP since September," says Shaun Osborne, a foreign exchange strategist at Scotiabank. 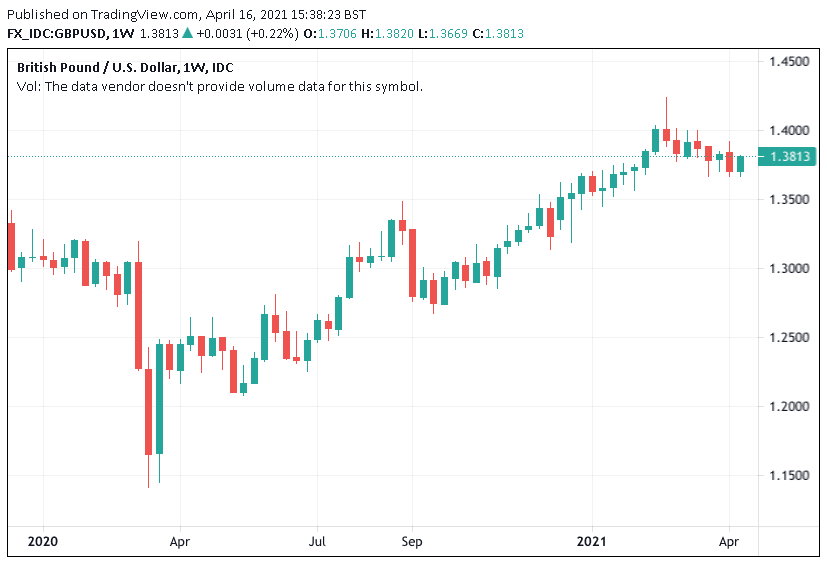 But he adds that the currency's recovery is facing a solid level of resistance that might cap an attempted extension of the rebound:

"Sterling is now back to flat on the session with a strong ~70 pips rebound but facing solid resistance at the 1.38 level which it has tested in multiple occasions in the past two days as it holds a modest uptrend."

The question of nearby resistance is a theme also observed by Erik Bregar, Head of FX Strategy at Exchange Bank of Canada.

"GBP/USD teasing yet another breakout above 1.3800 resistance, but so far is failing once again," says Bregar. 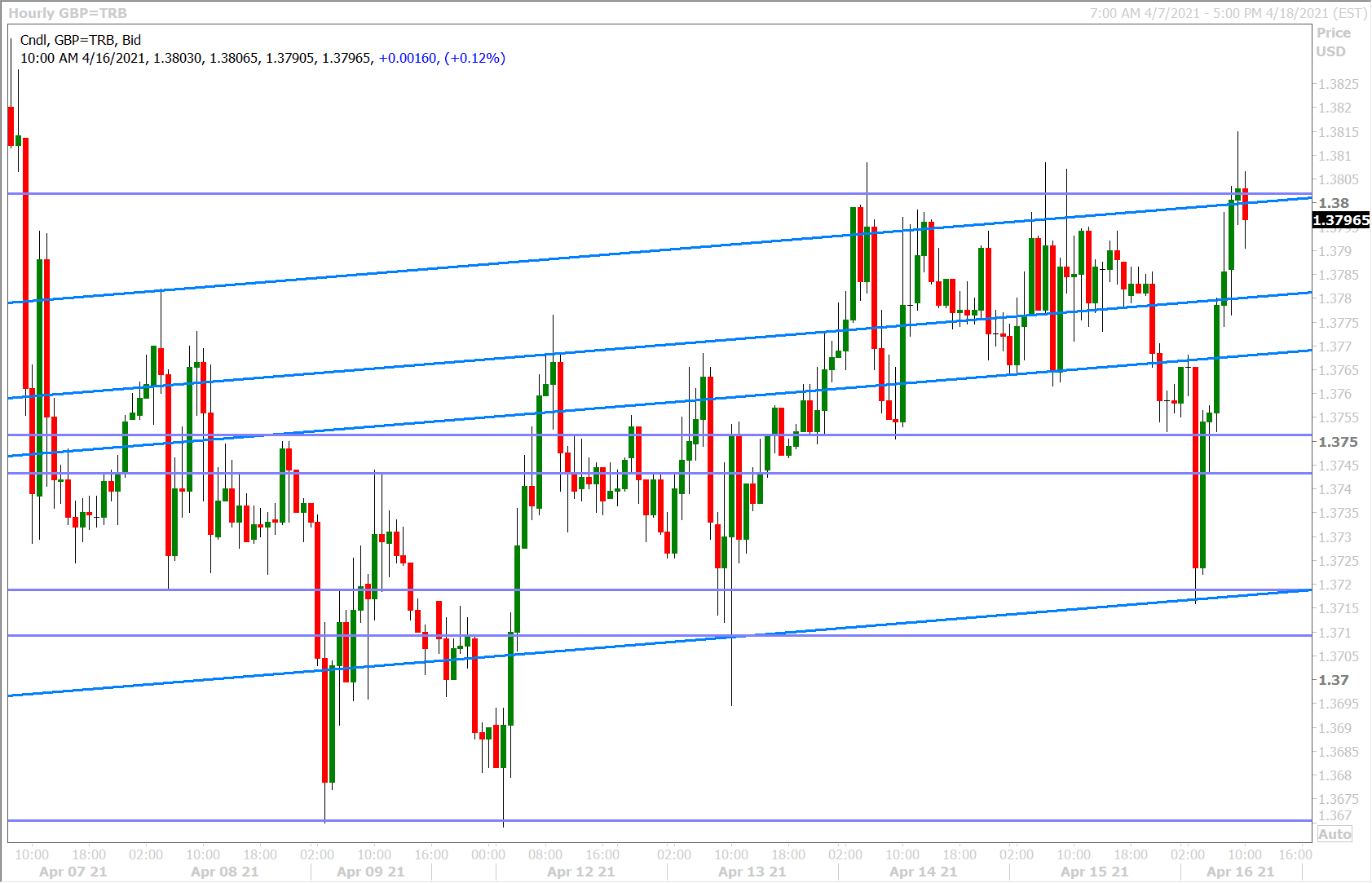 Bregar notes that Sterling flows "stole the show" earlier having plunged 50pts to support in the 1.3710s.

The British Pound's strong 2021 performance has faded against most of its peers this April, but this underperformance is not as obvious against the Dollar which has also fallen across the board.

A number of analyst suggest the Pound and the Dollar both benefited from a rapid vaccine rollout in the first three months of the year, which offers the prospect of a sustained unlocking of their economies.

However, it now appears this vaccination advantage has run its course and is in the price of the two currencies.

"Sterling’s gains on the back of vaccines have been seemingly exhausted and may have been temporarily dented as the UK hit a snag from supply delays, which means countries that had been considered laggards (such as Germany and Canada) are now giving shots at the same daily rate as the UK, albeit with a significantly lower share of the population vaccinated," says Osborne.