(Reuters) - Investors have dumped UK assets after the British government announced plans for a huge rise in borrowing to fund tax cuts, but Germany has not suffered the same punishment despite a vast borrowing spree of its own.

Germany has unveiled a 200 billion euros ($196.10 billion)package funded by new borrowing to pay for capping natural gas prices and cutting taxes on fuels sales to shield companies and households from the impact of soaring energy prices after Russia cut energy supplies to Europe. 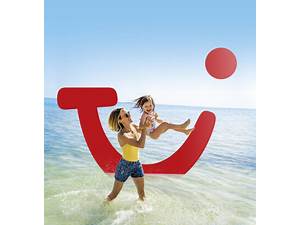 This represents around 5% of Germany's total gross domestic product and is equal to roughly half of Germany's funding needs this year, but its government bond yields - a gauge of its borrowing costs - have actually dropped.

In contrast, Britain's "mini" budget announcement to fund tax cuts and an energy price cap by borrowing less than half of Germany's amount sent UK stocks, bond prices and the pound into free fall. The Bank of England had to step into the bond market to tame the volatility and push yields down.

Britain's borrowing costs over 10 years are now twice those for Germany, showing how investors view the two countries very differently.

Germany's "package is more broad-based in terms of support compared to the perception (of the) mini budget in the UK," said Annalisa Piazza, fixed income research analyst at MFS Investment Management.

The British government's move to cut the top tax bracket "was one of the major sell-off points for the market," she said. The wealthy are less likely to cut spending due to inflation, so markets are questioning how much the UK’s tax cuts would boost growth, unlike in Germany, Piazza said.

Germany's is "supporting those parts of the population that can make a difference in terms of spending," she said.

Britain's tax cuts have drawn a rare rebuke from the IMF for being untargeted at a time of high inflation and will likely keep pressure on its budget deficit even after energy support measures expire.

To be sure, German yields have risen sharply in September, though far less than in Britain. The market's reaction to the German plans may also be muted as investors are waiting for more detail on when exactly Germany will complete the funding, and how much of it may be raised by longer-term debt, which puts more pressure on markets.

On Wednesday, Germany's debt office had already said it would raise 22.5 billion euros more during the fourth quarter than originally planned for government spending to tackle the energy crisis. This represents an increase of just 5% for the year. Less than half of it will be raised by longer-term debt.

So even before Germany's bumper 200 billion euro package was unveiled, the government's borrowing figures were far less than the 72 billion pounds ($79.98 billion) Britain plans to raise over the next six months, representing a roughly 45% increase for this financial year, which will also be raised mostly through longer-term debt.

Gerard Fitzpatrick, head of fixed income at Russell Investments, said he expects issuance backing the German spending to be more spread out than in Britain.

"I think a more sensible, longer-term sensible spending programme is somewhat more acceptable to the bond market," he said.

Also, Germany, which has a much lower debt-to-GDP ratio than Britain, will raise the money in a way that will allow it to comply with its "debt brake", which places a strict limit on new borrowing other than in exceptional circumstances.

"The other message is that behind the protective screen we are putting up around us the debt brake will continue to work: a clear message to the world's providers of capital that Germany remains solid," Germany's finance minister Christian Lindner said on Thursday.