A UK minister said there was “no point” in intensified Brexit talks without the EU changing its stance, rebuffing an offer of fresh negotiations with Brussels.

Michel Barnier had said on Monday night that the EU was available to intensify talks in London this week on all subjects, including working from legal texts as demanded by the UK government.

Sterling, highly sensitive to the latest Brexit news, rose after Barnier’s statement on Monday. But it was hovering close to flat against the dollar and euro on Tuesday, as junior business minister Nadhim Zahawi played down the value of fresh talks without further EU concessions.

"Until you make it very clear that you are willing to negotiate with us as an equal, as a sovereign, then there's no point simply just paying lip service saying you know 'we'll intensify' negotiations," he told Sky News. 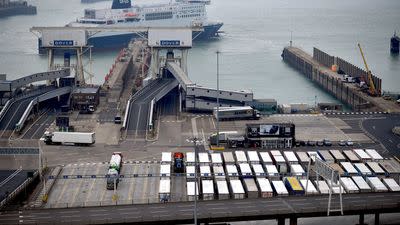 The UK says there is "no basis" to resume trade negotiations with the EU, despite the bloc's offer to "intensify" talks.

But he said the UK continued to seek a deal. The UK’s chief negotiator David Frost had struck a less combative tone on Monday after talks with Barnier, saying he “noted his proposals to intensify work, as we have been asking.”

Three EU sources told Bloomberg they expected negotiations to resume this week, despite the deepening war of words in recent weeks.

The UK prime minister advised the country last week to prepare for a no-deal Brexit from Britain’s current transitional arrangements at the end of the year. Firms and economists warn it would be a hammerblow to the UK economy, causing significant short-term disruption and long-term damage to trade ties with a major trading partner.

“A bit like the US fiscal stimulus, this is now a political dance. We hope no one stumbles,” wrote Deutsche Bank analysts in a note.