The global coconut products market is anticipated to reach $31.1 billion by 2026.This follows its increasing use in food, beverage, cosmetics, and other industries. There are campaigns for the government and the private sector to explore opportunities in the international market to earn foreign exchange, DANIEL ESSIET reports.

The global coconut products market is anticipated to hit $31.1 billion by 2026, going by forecasts by ReportLinker, an award-winning market research firm. Reportlinker reports that increase in demand for coconut products such as coconut milk, coconut water, and desiccated coconut in the food & beverage industry is one of the major factors that drives the market globally. Coconut is a highly versatile fruit and its derivatives, especially coconut oil, are sought-after ingredients for food, drink and personal care products.

In 2019, the number of coconuts produced worldwide reached 62million tonnes. Overall, coconut oil production continues to indicate a relatively flat trend pattern. The average coconut export price stood at $487 per tonne in 2019. However, Nigeria is not among the countries with the highest volumes of coconut production. The countries with the highest volumes of coconut oil production are the Philippines (1.2M tonnes), Indonesia (885K tonnes) and India (390K tonnes), with a combined 76 per cent share of global production. Vietnam, Mexico, Malaysia and Cote d’Ivoire lagged behind, together accounting for a further 12 per cent. Instead, Nigeria,  according to  the United Nations Statistical Office, spent $219,446.53 and $293,214.22 on coconut importation in 2019 and 2018. Nationwide, the coconut industry is distressed. Not only is its productivity low and stagnant, it is losing ground in the highly competitive global vegetable oils market.

The President, National Coconut Producers, Processors and Marketers Association of Nigeria (NACOPPMAN), Nma Okoroji, said Nigeria’s coconut import has risen over the years by more than 80 per cent as the country has not been able to produce enough coconut. 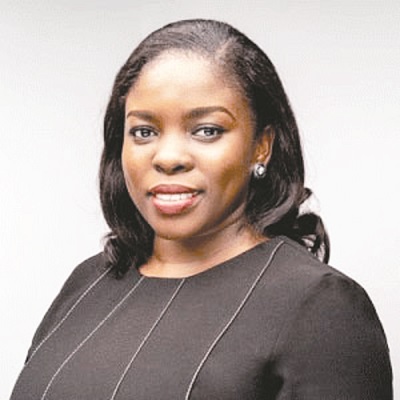 “At  present about 265 tonnes of coconut are produced in Nigeria and 70 per cent of it is in Lagos State while 30 per cent is produced by the others. But, as the national president, the association cannot promote what we don’t have.

“We don’t have enough coconuts in Nigeria; 80 per cent of the coconuts that are used are imported and the cost of importation is getting higher and higher everyday,” she said.

“The farming is a ‘gold mine’ because of its wide range of industrial applications of most of the products. For a crop not indigenous to the country, she is blessed with the trees which could help harness the development of industries through which the standards of living can be improved.

“In Nigeria, low production as a result of old plantations and the varieties, have reduced coconut industrialisation,” she added.

Coconut is one of the important and useful palms in the world. Considering the money spent on coconut importation yearly, Nigeria can gain more if more is produced. The President, Federation of Agricultural Commodities Association of Nigeria (FACAN), Dr Victor Iyama, said there was the need for more states and entrepreneurs to join hands with Lagos to explore business opportunities in the industry, noting that it has the capacity to produce huge foreign exchange for the country. This is because the European market potential is huge with the commodity sold in many forms, fresh and processed for many uses in health food, cooking and cosmetic products.

Analysts said changing consumer health and wellness preferences have spurred a boom in global demand for products such as coconut water and oil.

Yet, many coconut farmers are not deriving a sustainable livelihood from the crop.

Inyama said FACAN was ready to partner the government and producers to get more Nigerians to invest in coconut production.

He said the association was working to help farmers and exporters connect to national, regional and international value chains. This would involve training entrepreneurs to enhance their capability to meet international standards, he added.

He said FACAN is supporting farmers to diversify income streams across the value chain.

The Executive Director , Nigeria Institute for Oil Palm Research (NIFOR), Celestine Ikuenobe, is one of those who believe coconut is  a crop in which Nigeria has s comparative advantage because it can be grown in 22 states, adding that it grows very well mostly in coastal regions.

NIFOR has been in the forefront of promoting new investments in the cultivation and production of the coconut. The institute has been approached by investors to develop hybrid coconut seeds.

He said there are hybrid varieties of coconut that mature and bear fruits between two and three years.

He said the institute has launched a new high yielding fast maturing coconut variety for farmers.

The crop serves as a raw material for numerous industries, such as pharmaceuticals, cosmetics and food and beverage, with limitless domestic and export potential.

The industry deserves the full support of government by way of fiscal/tax incentives, public research and product development support, and export promotion. Experts believes turning around the coconut industry is next to impossible without a strong  government  providing central direction and proper coordination of government, farmers and private sector initiatives.

With about two million coconut trees, the Lagos State government says the industry is worth N10 billion. But the state Commissioner for Agriculture, Ms Abisola Olusanya, said Lagos  has the potential of delivering over 10 million coconut trees with a yearly production of one billion husk nuts worth about N50 billion, adding that Lagos is the hub of coconut value chain, not only in Nigeria but also in the West African sub-region.

However, she said the government is not only positioning Lagos as a money spinner but also as a contributor to rural development, better market connectivity, and local agricultural value addition. It also aims to provide opportunities for low-income households who would participate in development.

The government has put its name to an industry collaboration which aims to improve the sustainability of coconut farming – the livelihoods of smallholder farmers and the communities that depend on it.

Ms Olusanya said such efforts are essential to ensure that smallholder farmer incomes and subsequently their livelihoods are improved – through better access to market, finance and technology, as well as increased capacity and productivity. In Most states, the output of many plantations is under threat because of ageing trees.

Unless the trees are replaced national coconuts  production will drop.

Ms Olusanya said the Lagos government is establishing a coconut processing factory in Badagry to further optimise the use of coconut and harness the economic potential in the value chain.

She said the factory would be dedicated to processing coconut husk to coir, and coco peat, among others, under a Public-Private Partnership deal in the state’s 2021 Work Plan and Budget.

She noted that these initiatives further reinforced the state’s position as the number one coconut producer in the country in addition to providing employment opportunities for the citizens.

She said the processing factory would also catalyse the industry, such that more people would come to the sub sector and create more business opportunities in the value chain, adding that Lagos is the largest coconut producing state in Nigeria, contributing over 70 per cent to national production.