While the biggest economies try to outdo each other with barriers and tariffs, the continent with perhaps the most upside in cross-border commerce has been piecing together the world’s largest free-trade zone, at least on paper.

The leaders of Nigeria and Benin signed the accord for the African Continental Free Trade Area at a special African Union meeting in Niger’s capital, Niamey, last weekend. Eritrea is now the only AU-recognized nation that hasn’t agreed to it. Talks to establish the zone started in 2015, but the process has gained some momentum over the past six months. It’s almost as if protectionism elsewhere has been a catalyst. The deal officially came into force in May after a required minimum of 22 nations ratified it and the signatory states can now start working out the mechanics of removing trade barriers including tariffs on 90% of goods.

While it’s still a long way off from being fully in operation — perhaps by 2030 — the free-trade area is important for a couple other reasons: 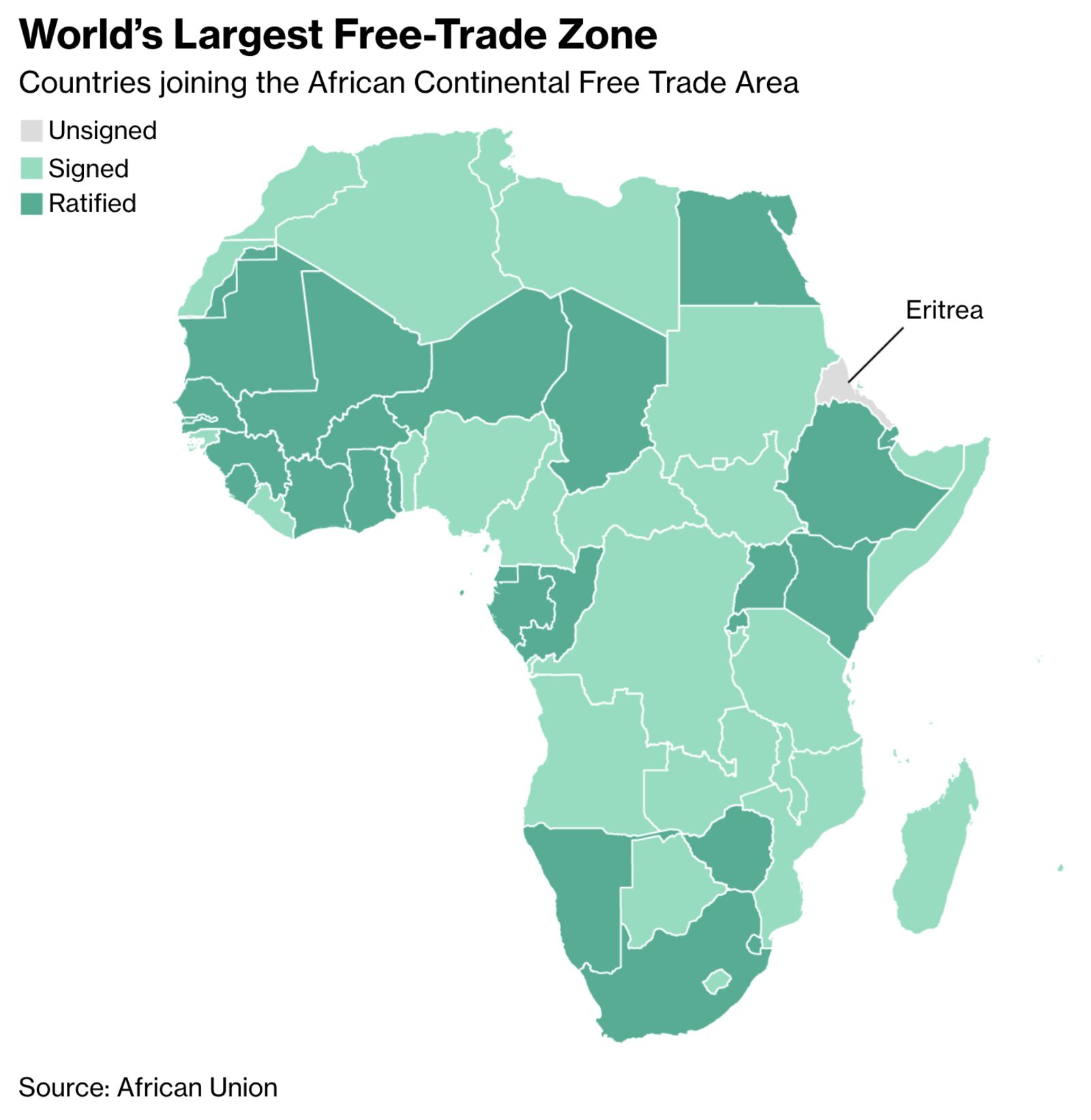