Bitcoin is proving to be the one true thing for digital-asset enthusiasts during the sudden resurgence in cryptocurrency prices.

As the value of the original crypto coin surged more than 30% to beyond $8,000 since Friday, Bitcoin’s market share as a percentage of the entire crypto universal increased to about 60% from 53% percent on Jan. 1, according to data provider CoinMarketCap.com.

"Bitcoin’s recent dominance amidst bullish conditions is quite interesting since in traditional asset classes we typically see a flight-to-quality amidst bearish conditions," Josh Gnaizda, chief executive officer of Crypto Fund Research in San Francisco, said in an email. “That Bitcoin, which is clearly the quality asset in the space, has outperformed in this recent rally is likely the result of it not only breaching the psychologically important $6,000 level, but also some significant institutional and/or sovereign buying. These buyers would be expected to invest disproportionately in the most established and vetted asset -- and that asset is clearly Bitcoin."

While Bitcoin rallied 51 percent since the beginning of May, it’s biggest competitor, Ether, rose just 29 percent during the same period. Many coins tumbled as much as 95 percent in value last year, while Bitcoin slumped 74 percent. Bitcoin traded at all-time high of almost $20,000 in December 2017.

Some investors are also ditching less-known coins so they don’t miss out on the Bitcoin rally, Sid Shekhar, co-founder of tracker TokenAnalyst, said in a phone interview. Coins such as Bitcoin SV and IOTA have missed out almost entirely and are down on the year. 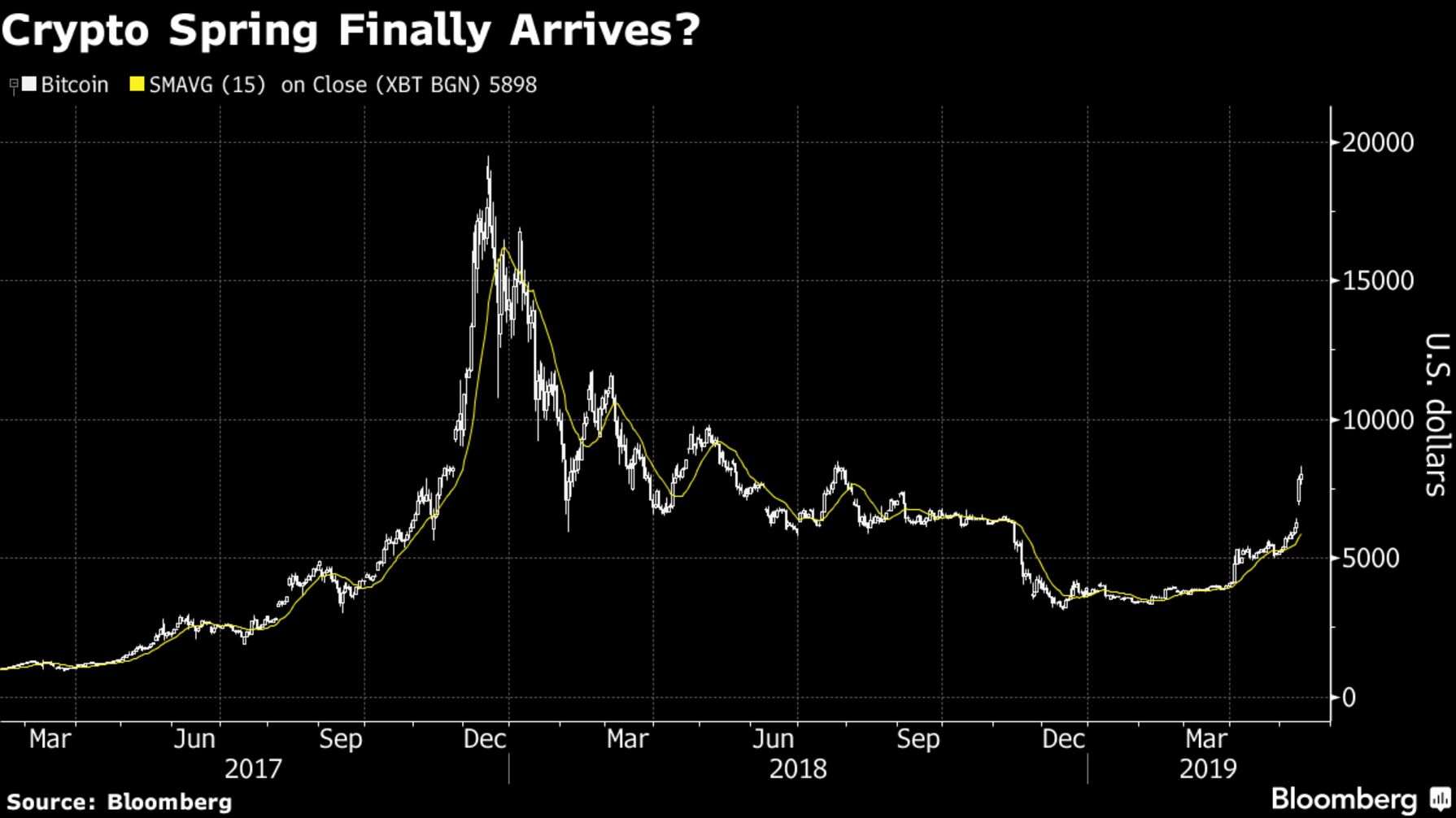 Adding to the attraction is Bitcoin’s more developed infrastructure. A venture known as Bakkt that includes regulated exchange operator Intercontinental Exchange said this week that it plans to begin testing its own futures in July.

“It’s becoming increasingly more apparent that having an insurance policy is warranted” with other financial assets under pressure from the threat of a trade war between the U.S. and China, said Travis Kling, founder of the Los Angeles-based crypto hedge fund Ikigai. “The world is waking up to that."

The rally follows on the heels of some bad news for the industry, such as troubles for major exchange Bitfinex, which has been accused by the New York attorney general of hiding the loss of more than $850 million of comingled corporate and client funds.

"This is what happens when all of the good news is ignored for a full year and gets bottled up," Jeff Dorman, chief investment officer at Arca, said in a research note. "We’re now in a period where all of the bad news is largely ignored and brushed off."

That could be because more investors believe that the crypto winter is over.

"2018 was a pretty tough year for crypto,” said Kyle Samani, co-founder of Austin, Texas-based hedge fund Multicoin Capital Management. “A lot of people who have been scared have re-entered the market. There’s a lot of excitement that the bear market is over. Optimism has re-entered the market."