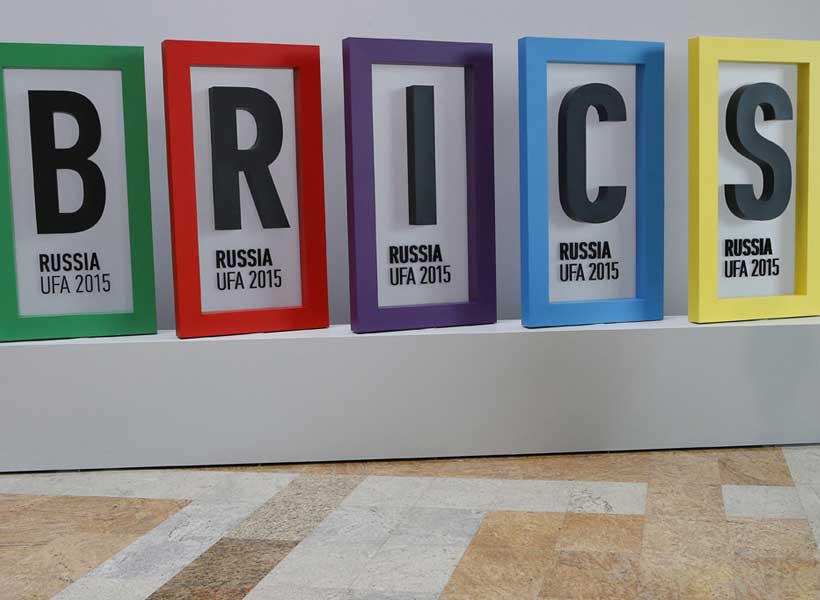 Speaking on the sidelines of the BRICS summit, which took place in Brazil in mid-November, President of the Russian Direct Investment Fund (RDIF) Kirill Dmitriev came up with a proposal to create a common crypto currency for servicing a unified payment system of the member countries. According to RBC, the idea of a unified payment system has already received the backing of the BRICS Business Council. The parties concerned held a heated discussion on the possibility of using a single digital currency for conducting payments.

Virtual currencies or crypto currencies, and the blockchain technology that underlies them have been major trends in the information technology market since the early 2010s. Experts deem the blockchain technology as revolutionary: we are talking about a distributed electronic database (a register, ledger), in which each “cell” contains information about all others. Cryptographic methods are used to ensure the functioning and protection of the “register”. Such characteristics of block chain technology as its distributed decentralized nature and the availability of information about all transactions make it useful in those areas of business where many participants are involved who are not able to verify the credibility of counterparties. Resources transferred via a blockchain cannot be blocked (or arrested), even temporarily, by anyone except their owner. Meanwhile, what remains a major problem of all private and corporate crypto currency projects is their credibility.

If a digital currency is issued by the state or a community of states, then most, if not all, problems private crypto currencies are faced with are solvable. In this case, the advantages of Bitcoin and the underlying block chain technology are preserved, while the risks, such as the anonymity and simplicity of uncontrolled cross-border operations, which evoke the anxiety of authorities around the world, are neutralized. The issue of crypto currency would make it possible for the authorities to assume control of the technology that can otherwise reinforce global speculators, and even, according to critics, undermine the very existence of states in their classical format.

Meanwhile, many capitals have been keeping a close eye on the growing concern of the US authorities over the prospect of a global spread of crypto currencies. Washington’s major fears are that the “foes of America,” be it states or non-state entities, will be able to create a financial network independent of the US dollar. In this case, the United States would lose the most important instrument of  non-military pressure that it uses to influence its opponents.

At present, more than 85 percent of all currency exchange transactions are made in dollars. All Washington has to do to block unwanted financial transactions is just  add suspicious individuals, organizations or states to the “black list” which is sent to all banks in the world. For fear of falling under sanctions or losing the ability to make payments in dollars, the overwhelming majority of financial institutions have until now been following the instructions of the American authorities. In May this year, Republican Brad Sherman submitted a bill which proposes to ban US citizens from buying or selling crypto currency. In July, a number of Congressmen from the Democratic Party drafted a bill that prohibits online platforms and social networks with an annual income of at least $ 25 billion from providing financial services and issuing crypto currencies. According to commentators, the authors of both bills make no secret of the fact that their initiatives are motivated by by geopolitical considerations. For one, Congressman Sherman argued during the hearings: “Crypto currencies must be nipped in the bud also because the lion’s share of our international influence is based on the fact that the dollar is the standard of the international financial system. For oil and other transactions, it is vital that they be cleared by the federal reserve … Crypto currencies undermine our international policy … ”.

According to RT columnist Max Keiser, an ever more number of countries are beginning to understand what influence the United States has on other states only because the dollar is the principal currency for commercial and intergovernmental settlements. In addition to gaining profit from the dominant role of the dollar in international trade, Washington possesses levers of influence that affect the policies of most countries through sanctions or threat of sanctions and are beyond the reach of anyone else. Keiser deems sanctions as an “act of aggression,” because, in his opinion, the dollar has long turned into a weapon. Not surprisingly, countries that value their sovereignty are looking for ways to minimize or completely neutralize America’s ability to exert pressure through denial of dollar transactions. Before the arrival of crypto currencies, gold was a major protective shield. Nowadays, national digital currencies are considered  a new powerful tool, devoid of many shortcomings of gold in terms of everyday use.

Given the circumstances, as reported by one of the most authoritative Russian resources in the field of crypto currencies, DeCenter, all BRICS members are either on the point of issuing digital fiat money, “or are looking into such a possibility.”  The BRICS countries are thereby following the global trend as the prospect of issuing digital currencies by central banks, the Central bank digital currency (CBDC), has been attracting the attention of governments in an increasing number of countries. On November 26, Vice President of the European Commission Valdis Dombrovskis spoke about plans of the European Union to launch a EU digital currency by the end of 2021. One of the problems that could be solved with the help of such a system, according to ECB Board member Benoit Kere, is putting an end to Europe’s dependence on US-based international payment services, such as MasterCard, Visa, Apple, PayPal and Amazon.

What could serve as an example for the rest of the BRICS members is the position of Beijing, which has changed its attitude to crypto currencies by “180 degrees” over the past few months. According to Leonid Kovachich of the Moscow-based Carnegie Center, “President Xi Jinping refers to blockchain as a breakthrough technology, while major Chinese media outlets are  talking at length  about the benefits of blockchain and urge the community not to miss the historic opportunity to challenge the global hegemony of the dollar.”

This fall, representatives of the People’s Bank of China said they were “considering the possibility of launching a digital yuan at an early date.” President of the Digital Currency Development Center of the Central Bank of China Mu Changchun has identified the basic criteria for issuing the crypto currency of the PRC. “CryptoYuan will not function only on the basis of blockchain, the issue will proceed in two stages: from the Central Bank to commercial banks and then into further circulation.” The digital yuan will replace the M0 aggregate, while the processing capacity of the payment system will be “up to 300 thousand transactions per second”. As an official currency, the digital yuan will be issued on a centralized basis and regulated by the government. The digital yuan is set to incorporate the best characteristics of crypto currencies, including minimum transaction time, “reliability, invariability and irreversibility”, and fiat money – its sovereignty and liquidity guarantees.

The fact that the Central Bank and the Ministry of Finance are considering the possibility of introducing crypto currency in Russia was reported by Kommersant back in 2016. In June 2017, Deputy Chairperson of the Central Bank of the Russian Federation Olga Skorobogatova announced prospects for launching a national digital currency. Skorobogatova said Central Bank specialists had started work on a digital ruble project. Similarly to the digital yuan, it is assumed that the issue of the Russian virtual currency will be strictly regulated, its exchange for rubles and other currencies will be possible only on special electronic platforms and the identity of the crypto currency buyer will have to be established. According to DeCentre, the draft law on digital financial assets (DFA) was adopted by the State Duma in the first reading in 2018. However, amendments have been made and continue to be made since then, also regarding the very definition of crypto currency.

Russian experts view the digital ruble as one of the options to respond to  the intensifying Western sanctions. As Iran’s disconnection from the SWIFT banking system at the request of the United States demonstrated, the creation of an interbank payment system that can replace SWIFT is “of paramount importance for the BRICS countries”. As an instrument for conducting mutual payments in such a system, the central banks could issue a limited volume of digital currency and all transactions in this currency will be registered in a single register and will be verified by agents appointed by the authorities of the BRICS countries. The use of a common crypto currency would make such a payment system universal and would safeguard payments against foreign sanctions.

In this respect, at the initial stage, the BRICS digital currency may not become a  payment instrument in the full sense of the word. A couple of years ago, Russian venture investor Evgeny Gordeev called for launching a government program to attract investments and ensuring the safety of capital at the blockchain level. Technically, such an investment mechanism would enable Russia’s foreign partners interested in investing in Russian assets to avoid the legal consequences of the sanctions that have been imposed on the Russian Federation in recent years. A member of the State Duma’s expert panel, Nikita Kulikov, believes that a common crypto currency that is currently being considered by BRICS experts could become a means of “fixating obligations”, a conversion tool, and an instrument to ensure the “autonomy of interstate remittances”.

Thus, as experts continue to speculate about the extent to which crypto currencies are capable of revolutionizing the entire system of financial relations, the changes that have occurred in the economic and monetary policies of some of the world’s leading states in recent years demonstrate that they are beginning to take crypto currencies more and more seriously regarding them as a useful tool to strengthen their national economic sovereignty.