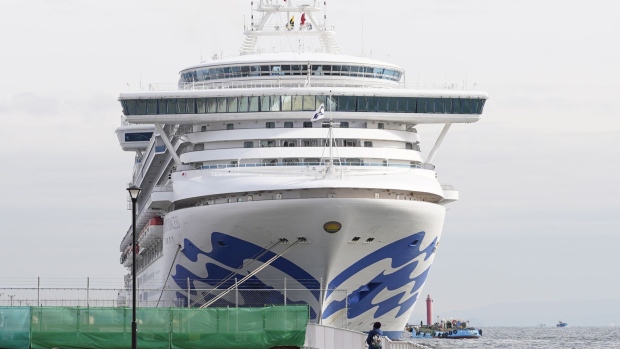 (Bloomberg) -- Cruise ships are filling up again, but passengers have been reporting back quicker than crew members.

Carnival Corp.’s Princess Cruises this week canceled 11 fall sailings on its Diamond Princess, saying it couldn’t provide the level of service customers expect amid ongoing labor shortages. Norwegian Cruise Line Holdings Ltd., another large operator, told investors it’s had to limit capacity on the Pride of America because of staffing. The ship, which sails the Hawaiian islands, is required to have a crew that’s mostly US citizens, a tall order in this tight labor market.

Even though cruise lines have been relaxing requirements for Covid tests and reporting stronger bookings, it’s still been choppy sailing. Norwegian shares fell 11% on Aug. 9 after the company forecast a loss in the current quarter, as it continues to deal with challenges such as the pandemic, the Russia-Ukraine conflict and “current macroeconomic conditions.” The stock has since rebounded.

Princess’s cancellations comes after a rocky few months. P&O Cruises, another Carnival division, canceled seven voyages earlier this summer due to staffing shortages. But other adjustments have been more subtle. Carnival Cruise Line, the company’s namesake brand, scaled back some of its offerings this summer, including suspending some special events like its parties for loyal cruisers, and instead provided perks like onboard credit or cocktail vouchers. Now, those events have returned.

Still missing, and likely gone for the foreseeable future, are the 24/7 pizzerias.

“There will be pizza available for virtually the entire time most guests are awake,” Chris Chiames, a spokesman for Carnival Cruise Line, said in an email. The company also scaled back its complimentary birthday cakes and a chocolate extravaganza buffet, cuts made in part due to low staffing as well as general adjustments to match guest demand, according to Chiames.

Carnival offered incentives, including bonuses and greater contract flexibility, to increase the number of staffers. Those have now been discontinued.

Most crew members hail from the Philippines, Indonesia, India, and throughout the Caribbean islands, according to Walker. Generally, non-US citizens require a visa to work on ships that travel in and out of American ports.

The number of visas processed by the State Department declined as much as 90% during the pandemic, according to Jorge Loweree, managing director of programs at the American Immigration Council, an advocacy group. Around March, the department’s overall issuance of visas rebounded to pre-pandemic levels, but Loweree says the agency had to play catch up on two years of backlogs.

Long processing times have affected a range of industries, from health care to construction, and have cost immigrants their jobs as they await renewal.

Nathaniel Derrenbacher, a spokesman for Royal Caribbean Cruises Ltd., the second-largest operator, said his company hasn’t canceled any voyages due to staffing.

“Like most businesses, we’ve faced challenges outside of our control while we bring our staffing back to full capacity,” Derrenbacher wrote in an email.

While cruise operators have tried to maintain their offerings, some passengers have complained of inadequate service. Linda Warhaftig said trash littered the decks of the Carnival Horizon and Conquest when she sailed on them in June. The 59-year-old, who has been on 65 cruises, said such a sight would have been unimaginable before the pandemic.

“After what I witnessed in June, I canceled my Carnival cruises for the rest of this year,” Warhaftig said.

Carnival spokesman Chiames said the line had an extremely busy summer, with most ships sailing full. “We know our guests deserve a great vacation, and if there were times when we fell short, we certainly apologize,” he said.

Despite the setbacks, bookings remain high and consumer sentiment is robust, according to Jefferies Group analyst David Katz.

“I think there’s some expectation that service levels are not going to be just yet what they had been,” he said.