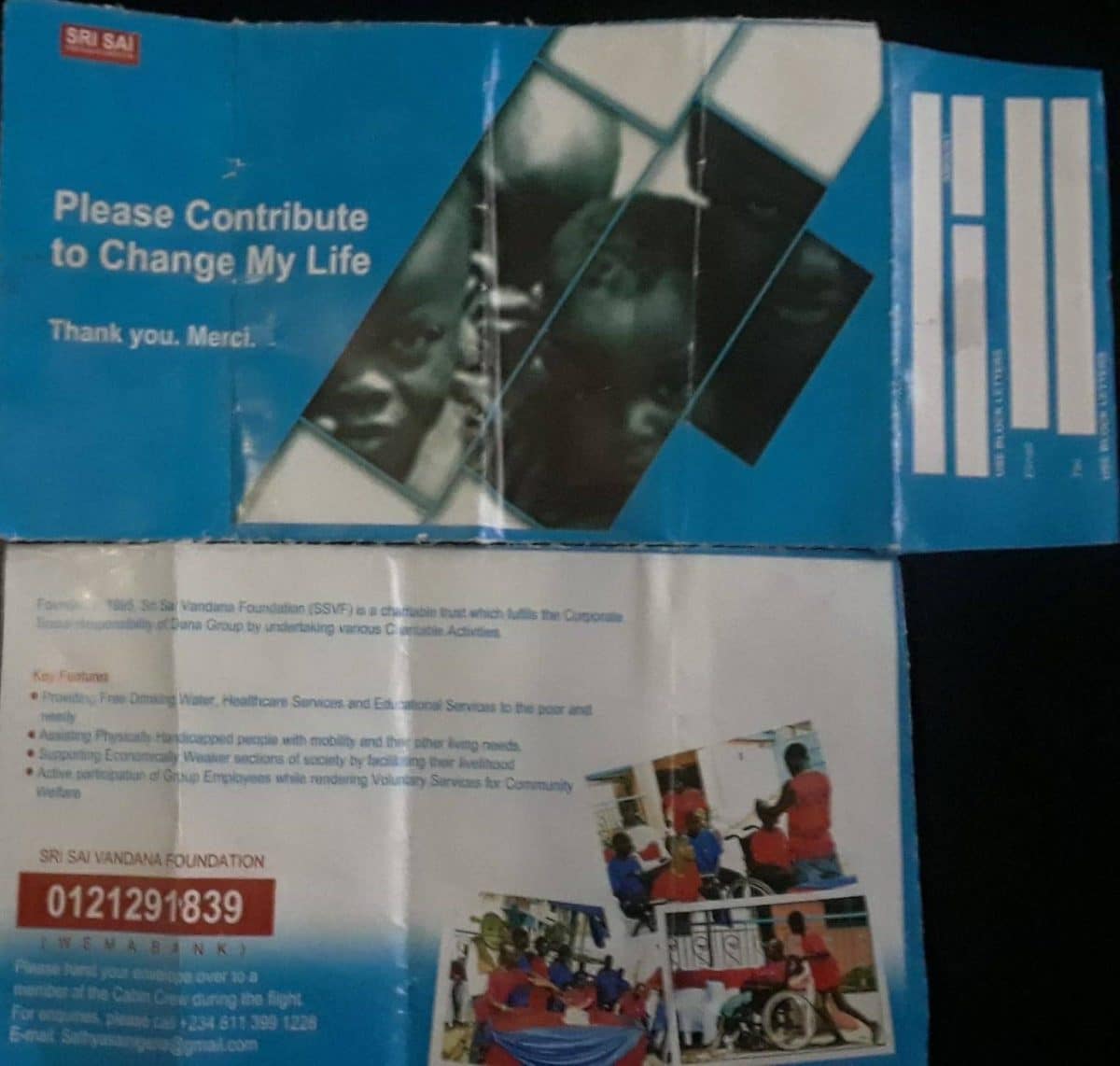 Dana had started the foundation in 1995 and commenced the donation in partnership with the Sickle Cell Foundation of Nigeria.

But after the fatal crash in Lagos in 2012, it allegedly ceased the collaboration and solely ran the inflight donations.

The ICIR reports that the foundation between January 2014 and October 2018, received in millions of naira via Wema Bank account number 0121291839 allegedly without due registration with the Corporate Affairs Commission (CAC), a prerequisite for complying with the Special Control Unit against Money Laundering (SCUML) regulations.

According to the Money Laundering Prohibition Act, it is mandatory that every Designated Non-Financial Institution, DNFI, to register with SCUML in order to legally operate in Nigeria.

SCUML is charged with the responsibility of monitoring, supervising and regulating the activities of DNFIs, which includes NGOs. In fact, the Unit works in collaboration with the EFCC for the enforcement of the provisions of the anti-money laundering law through the prosecution of non-compliant DNFIs.

Contravening the SCUML guidelines have some specific penalties, including “suspension or revocation of license, fines or imprisonment or both,” according to Sections 15 to 17 of the Money Laundering (Prohibition) Act 2011 (as amended).

It stipulates a maximum of 14 years jail term for an individual but, in the case of a corporate organisation, the law says such organisation would pay “a fine of not less than 100 percent of the funds and properties acquired as a result of the offense committed” and would also have its license withdrawn

Speaking to ICIR on the matter, the Economic and Financial Crimes Commission (EFCC) Spokeman, Tony Orilade, said.“The EFCC will take it up. We will investigate and prosecute the crime element once prima facie is established”.

On those to be sanctioned, Orilade explained: “The company itself. When there is a vacuum that is when we will lift the veil.”

“The company cannot run without humans. So, it is when everyone denies being members of the company that we go after the individuals.”

“When you work on certain things, you learn along the line,” Ezenwa said.

“After the accident, we were not even carrying loads (passengers). We were trying to rebuild. We did not even do it [Inflight donation] in 2014 at all. We felt that as a management team, considering our commitment and the incident of 2012, we needed to focus on re-strategising our CSR.

“We looked at it, conducted research and felt cancer is something we should focus on; got organisations working on cancer awareness, so we adopted Project Pink Blue and started supporting them.”