By Anooja Debnath and Charlotte Ryan

Currency traders may face new dangers when volatility returns to the market, after a spell of innovation in the industry coincided with a period of unusual calm.

An abundance of trading venues means that investors and dealers are spreading their capital more thinly than before, fragmenting liquidity across multiple platforms. That raises the risk of liquidity drying up at some venues during periods of market turmoil, the Bank for International Settlements warns. 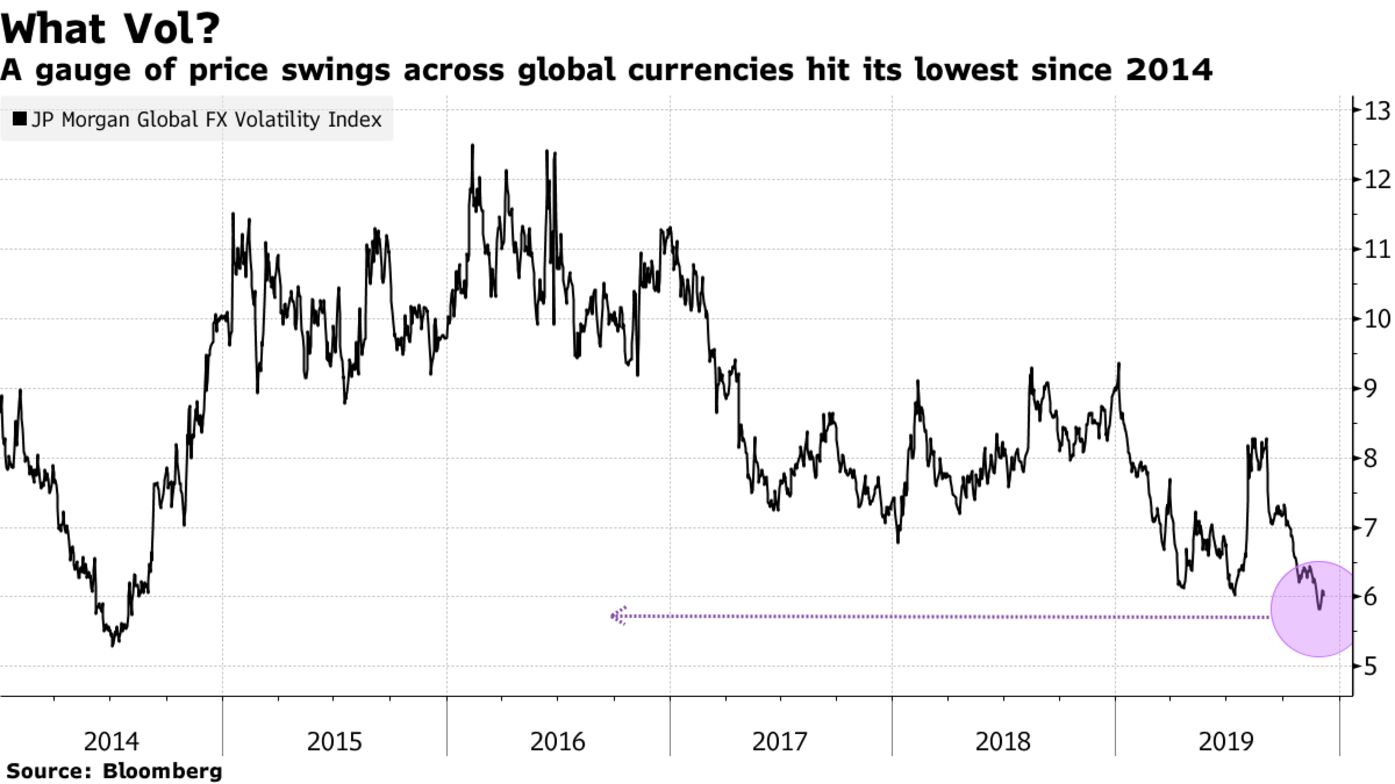 “During periods of stress, FX dealers might ration liquidity and favor clients with whom they have a strong relationship, such as those using their single-bank platform,” economists Andreas Schrimpf and Vladyslav Sushko wrote in part of the BIS quarterly review, released Dec. 8. “Customers who spread execution across venues could face a sharp evaporation of liquidity.”

The warning comes as the BIS estimates that close to $9 trillion of foreign exchange payments remain at risk every day. That’s at a time when the market has experienced an increased frequency of flash crashes, when sudden price swings take currencies out of established trading ranges, often in a matter of seconds.

In January, the yen surged through levels that have held through almost a decade in just seven minutes. The British pound has been particularly susceptible - famously plunging to a thirty-year low in October 2016’s flash crash. Industry-wide changes were implemented following the market shock caused by the sudden demise of the Swiss franc’s cap to the euro in January 2015.

The reverberations of the Swiss franc move particularly hurt prime brokers, or banks who trade on behalf of their clients. While these businesses are on the up again, the risks have far from dissipated. The BIS warns that prime brokers continue to face threats in the event of sudden movements.

But the tide may be turning again with “signs that fragmentation may be reaching its peak,” according to the BIS paper. Citigroup Inc. was looking to cut the number of foreign-exchange platforms it supports by two thirds, the Financial Times reported in October. Some principal trading firms, among the heaviest users of prime brokerage services, are also said to have lowered the number of electronic communication networks where they post prices, the BIS said.

“The current market configuration has emerged largely during a prolonged period of low volatility,” Schrimpf and Sushko wrote. “Its resilience might be tested if the volatility regime were to change.”