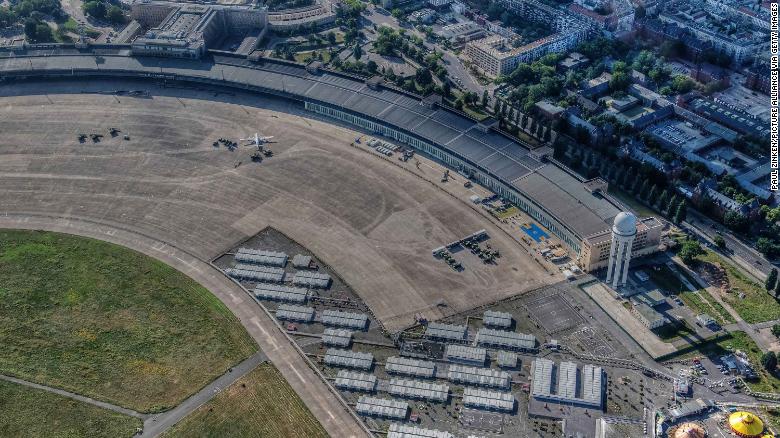 Berlin's former Tempelhof airport has been proposed as a site for regulated sex booths, in a bid to protect the city's sex workers.

(CNN)Berlin's former Tempelhof airport has witnessed some major events in its time -- a Nazi airfield during World War II, it was the site of the Berlin airlift during the Cold War, and most recently an emergency shelter for refugees fleeing Syria.

In 2008, it was taken out of service and transformed into a gigantic park, and Berliners can now be seen rollerblading down its former runways on summer evenings. But the airfield may soon take on less wholesome role, if one local politician gets his way.

The mayor of Berlin's central Mitte district has proposed installing "Verichtungsboxen" -- booths where prostitutes can meet clients -- in the airport site, a bid to improve the safety of the city's sex workers. These include drive-in booths, where customers can meet sex workers in their own vehicles. Stephan von Dassel, the mayor who represents the Green party, is attempting to combat prostitution on Kurfürstenstrasse, an upmarket street in Mitte with a history of sex workers.

These drive-in booths in the German city of Cologne were introduced in 2001.

"Residents and businesses have been calling for a ban on street prostitution for many years," he wrote in a statement. Yet he notes that the Berlin Senate has refused to implement regulatory restrictions "because it fears a deterioration of the overall situation." He is now proposing a restriction on street prostitution in the district, instead offering sex workers booths in controlled areas in a bid, he says, to improve the lives of "residents and sex workers" alike. Dassel, who has spent two years looking into the issue on Kurfürstenstrasse, warns that unregulated street prostitution is leading to men "seeking sexual services at such a low price" that prostitutes are having to engage in sexual services as a "bulk business in order to earn a basic income." 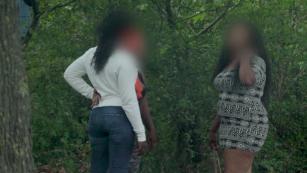 The Paris park where Nigerian women are forced into prostitution

He says only a minority of sex workers on the street are receiving health advice and have been registered as sex workers; the number of places where sex workers can engage in sexual acts in private is diminishing; and the visibility of pimps is having a "negative impact on the safety of residents," he says. While some politicians in Berlin have proposed installing the booths under a U-Bahn railway bridge near Kurfürstenstrasse, Dassel wants to put them further afield, for example in the Zentraler Festplatz, an open-air fairground in the district of Wedding, or in the former Tempelhof airport in Kreuzberg. Sarah Tiba, a Berlin resident who lives in central Mitte, told CNN that prostitution has "always been integrated in Berlin life." She added that while sex workers have always been visible close to her apartment, between Oranienburger Strasse and Hackescher Markt, their visibility seems to have diminished in recent months, and she expressed concern at the proposal to move them to controlled areas away from the center. "It seemed controlled here," she said. "I feel like it is moving it to a place where it is less of an inconvenience for rich people. I felt happy when they were fine on a street corner, rather than pushing them out of sight. The men who went with them were very visible, so it felt like some control. But if it moves out of sight, it might be less safe." Sex booths first appeared in the city of Utrecht in the Netherlands in the mid-1980s, and the concept has subsequently spread to multiple European cities.

A migrant's journey: raped, beaten and forced into prostitution in Italy

It was adopted by the western German city of Cologne in 2001, where the facility features a gated entrance, security cameras and alarm buttons in each booth. The model has also been introduced in Essen, Bonn and Zurich. Dassel argues that the current situation for the sex workers on Kurfürstenstrasse is "inhumane," and by refusing to act, the state of Berlin is tolerating "forced prostitution, violence against women and drug addiction."

In particular, he points to reports from the city's Charité ambulance service, which says sex workers are exposed to daily, significant violence from pimps, while only a very small percentage of them report abuse. Dassel says regulated sex booths could improve the safety and working conditions for sex workers, while also reducing the "negative impact of prostitution on the residential environment."