The fate of emerging-market stocks and currencies has never been so closely tied to the Chinese yuan. And it’s in large part because of the trade war.

The correlation between the yuan and developing-nation stocks and currencies is holding near the unprecedented levels reached in the past two months. While some of that can be attributed to the increasing influence of the Chinese economy in global trade, it’s also because the U.S.-China trade war is increasingly dictating sentiment toward risk assets on any given day. 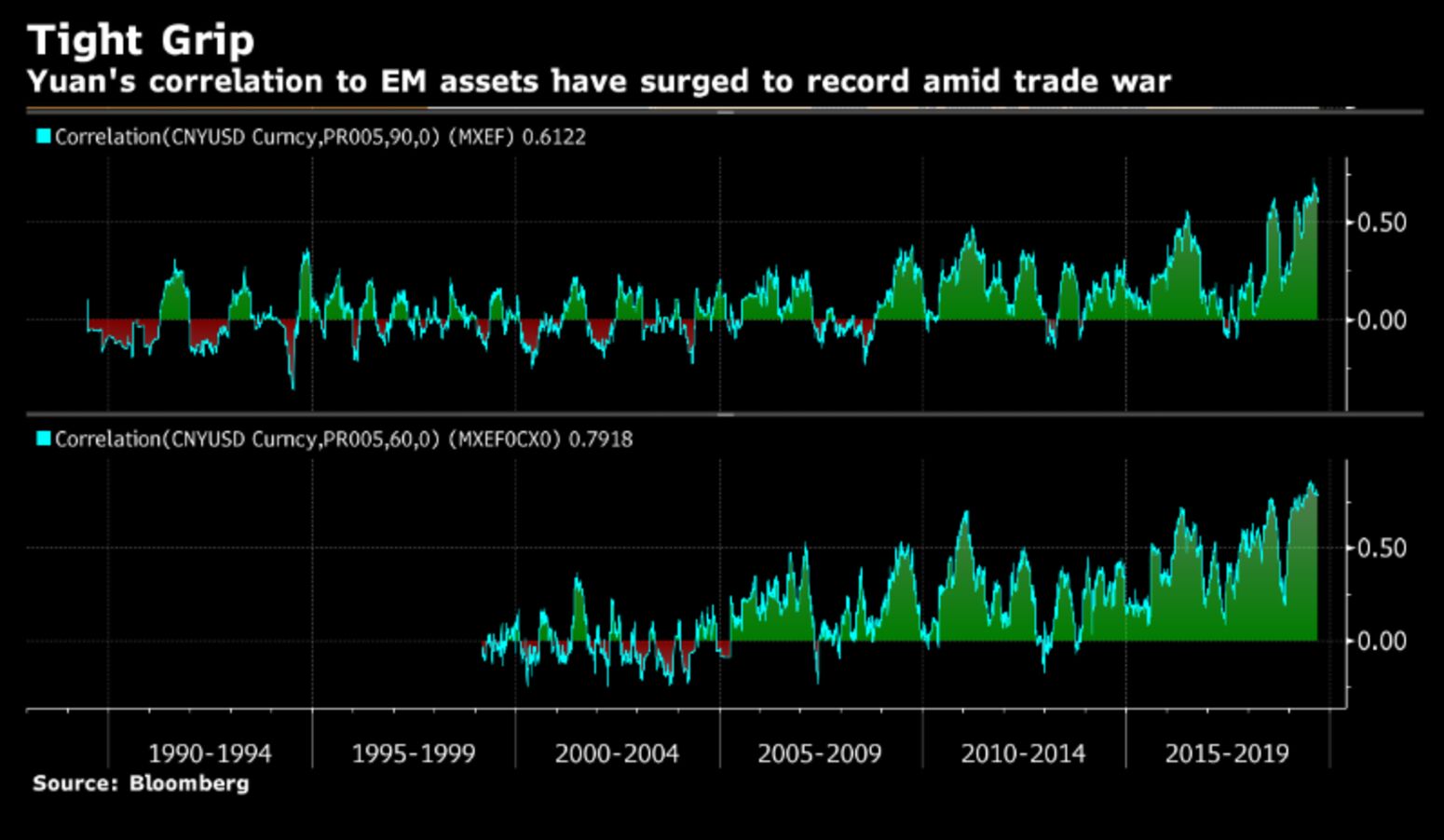 Trade optimism has grown again, with Chinese working-level trade officials scheduled to travel to the U.S. this week ahead of a meeting of top negotiators in October. U.S. officials have discussed offering a limited trade agreement to China that would delay and even roll back some U.S. tariffs.

— With assistance by Yumi Teso