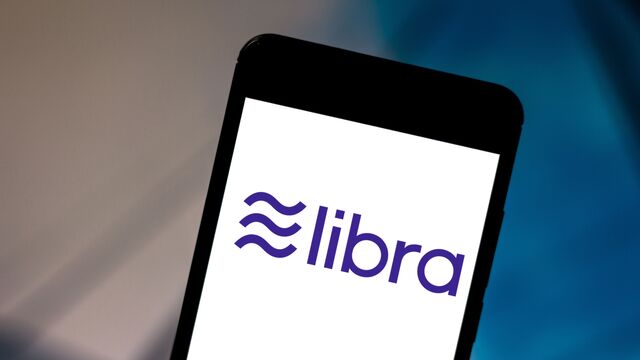 Facebook Inc.’s effort to create a cryptocurrency was dealt a blow on Friday after several key partners, including Mastercard Inc., Visa Inc.,

EBay Inc. and Stripe Inc., abandoned the project. The defections underscored concerns that the Libra currency won’t pass legal muster with regulators and public officials who have lined up to criticize the effort.

The news comes days before the Libra Association, the group that will oversee the digital currency, prepares to convene its members and ask them to sign a charter agreement. The meeting is slated to take place on Monday in Geneva. A Libra Association spokeswoman said on Friday that the gathering will proceed as planned, and that it would announce the first list of official partners once a formal charter is signed.

In a statement, she said the group was "focused on moving forward and continuing to build a strong association," and would work to create "a safe, transparent, and consumer-friendly implementation of a global payment system that breaks down financial barriers for billions of people."

Facebook has faced fierce backlash since it announced its plans for Libra back in June. Politicians and regulators around the world have called on the company to halt its progress, and some have suggested Libra could be used for illegal money laundering or trafficking schemes.

Despite the exodus of partners, Facebook remains committed to Libra, according to a person familiar with the matter who asked not to be identified because they were not authorized to speak publicly. Some people inside the company think the defections are partly driven by established payments providers worrying about a new entrant encroaching on their turf, the person said.

"Although the makeup of the Association members may grow and change over time, the design principle of Libra’s governance and technology, along with the open nature of this project ensures the Libra payment network will remain resilient," Dante Disparte, head of policy and communications for the Libra Association, said in a statement Friday.

Facebook has frequently found itself in the spotlight as regulators have lambasted the ambitious project. David Marcus, the Facebook executive spearheading the effort, went to Washington in July to testify before Congress about the currency and Facebook’s plans. Later this month, Chief Executive Officer Mark Zuckerberg is scheduled to appear before the House Financial Services Committee to answer even more questions about Libra.

Earlier this week, two U.S. senators cautioned Visa, Mastercard and Stripe to reconsider their involvement in the project. Senators Sherrod Brown of Ohio and Brian Schatz of Hawaii said that Libra poses a risk to not only the financial system, but the payments companies’ broader business. "We urge you to carefully consider how your companies will manage these risks before proceeding," they said a letter to the companies.

Mastercard said in a statement that it will "remain focused on our strategy and our own significant efforts to enable financial inclusion around the world," adding, "We believe there are potential benefits in such initiatives and will continue to monitor the Libra effort." Visa said the company would also continue to evaluate whether to join in Libra in the future, and that the company’s "ultimate decision will be determined by a number of factors, including the Association’s ability to fully satisfy all requisite regulatory expectations."

In a statement on Friday, EBay expressed its support for the project, but said it would focus on rolling out its own payments products. “We highly respect the vision of the Libra Association; however, eBay has made the decision to not move forward as a founding member,” an EBay spokesman wrote in the emailed statement. “At this time, we are focused on rolling out eBay’s managed payments experience for our customers."

Payments giant Stripe, one of the most high-profile startups to sign onto the project, signaled it remained open to working on it in the future. “Stripe is supportive of projects that aim to make online commerce more accessible for people around the world. Libra has this potential,” said a company spokesperson. “We will follow its progress closely and remain open to working with the Libra Association at a later stage.”

The Libra Association is composed of about two dozen organizations, including Facebook. A Lyft Inc. spokeswoman confirmed on Friday that the ride-hailing company remains a member. Other companies that have not signaled plans to leave include Uber Technologies Inc., Spotify Technology S.A., Coinbase Inc. and telecom providers Iliad SA and Vodafone Group Plc.

— With assistance by Candy Cheng, and Lizette Chapma