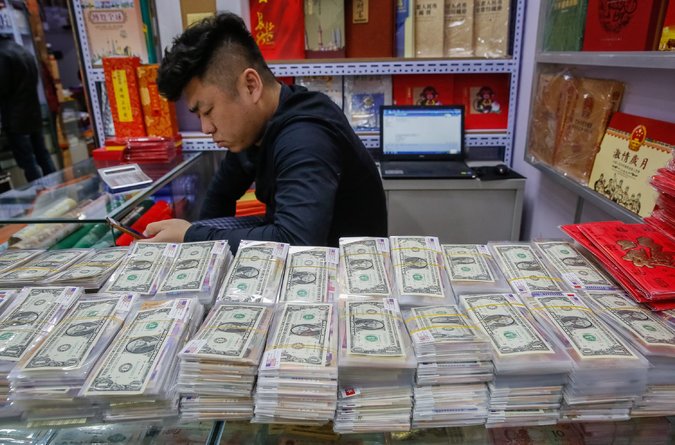 Souvenir dollars for sale at a market in Beijing. CreditRoman Pilipey/European Pressphoto Agency

It’s a lot of money — but it’s shrinking.

On Tuesday, China’s central bank said its foreign exchange reserves slipped to $2.998 trillion in January. While they dropped only a modest amount from December, the fall still put the reserves below the psychologically important $3 trillion level. Three years ago, they were at nearly $4 trillion.

When they were last at $3 trillion, in early 2011, China’s economy was growing at a much faster pace — and the central bank’s foreign-exchange reserves were growing rapidly.