In Pictures: Truck found with 39 bodies in southeast England - ALJAZEERA

Truck, which is said to have started its journey in Bulgaria, apparently entered the UK at Holyhead, a North Wales port. 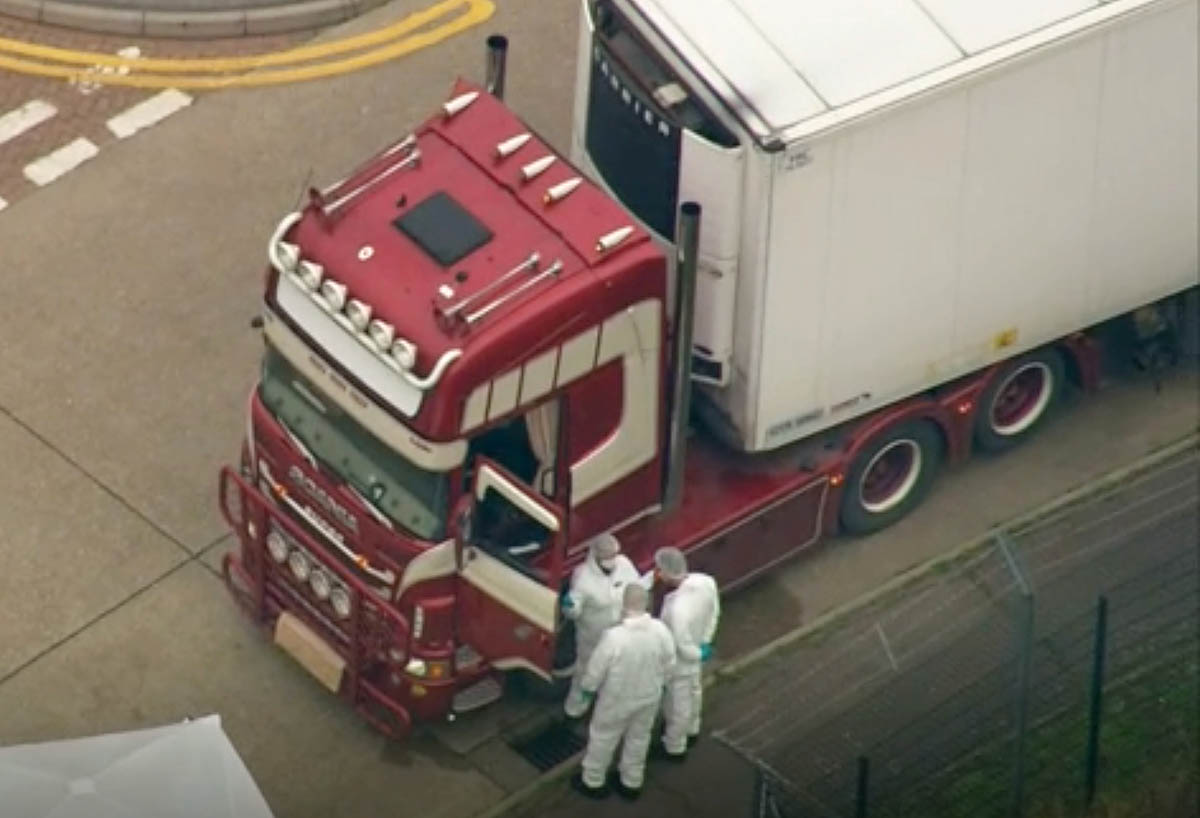 An aerial view as police forensic officers attend the scene after a truck was found to contain a large number of human bodies, in Thurrock, South England. AP PHOTO

British police have found the bodies of 39 people inside a truck believed to have come from Bulgaria at an industrial estate to the east of London and said they had arrested the driver on suspicion of murder.

The discovery was made in the early hours of Wednesday after emergency services were alerted to people in the truck container on a gritty industrial site in Grays, about 32 kilometres (20 miles) from central London.

The truck is said to have originally started its journey in Bulgaria was thought to have entered the United Kingdom at Holyhead, a North Wales port that is a major entry point for traffic from Ireland, on Saturday, police said.

All those in the container, 38 adults and one teenager, were pronounced dead at the scene after the emergency services were called to the Waterglade Industrial Park, not far from docks on the River Thames.

Bulgaria's foreign ministry said it could not confirm at this stage whether the truck had started its journey from the country.

"We are still checking the information, published in the British media and we're contacting the authorities," foreign ministry spokeswoman Tsvetana Krasteva said.

In Britain's biggest undocumented immigrant tragedy in 2000, British customs officials had found the bodies of 58 Chinese people crammed into a tomato truck at the southern port of Dover. 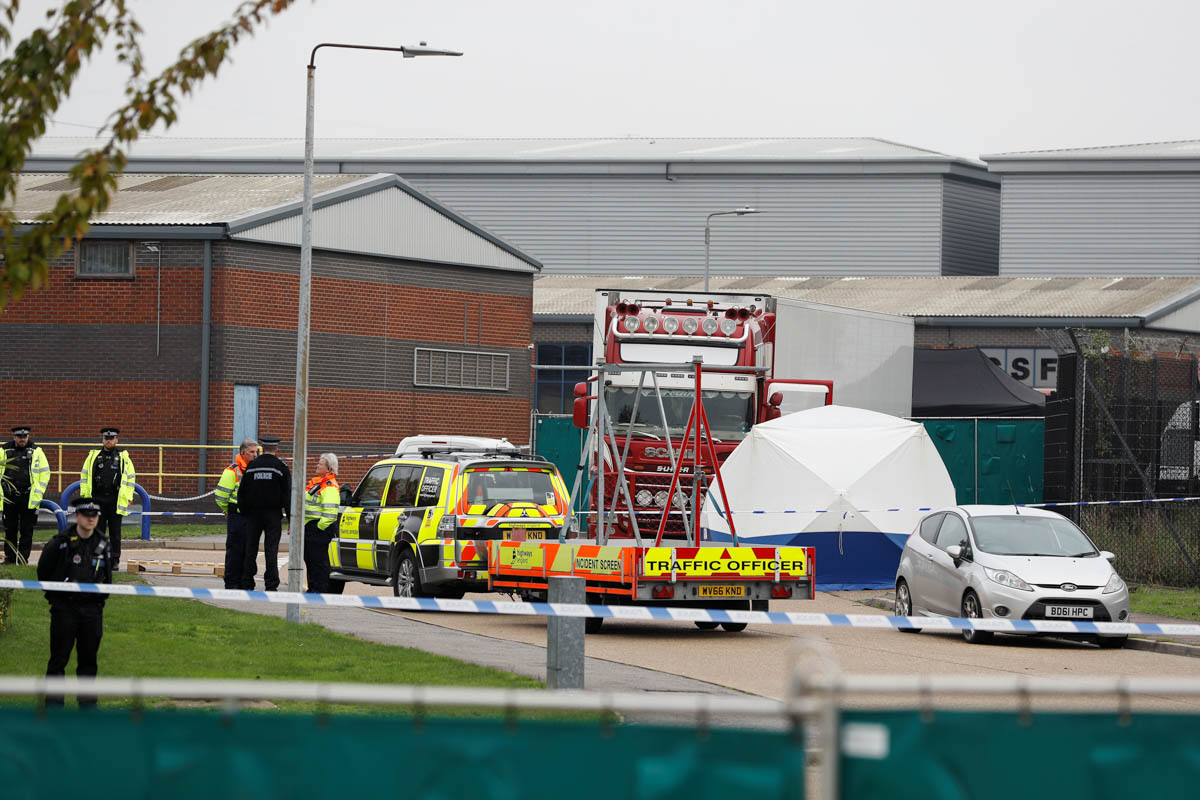 Police at the scene where bodies were discovered in a truck container, in Grays, Essex. PETER NICHOLLS/REUTERS 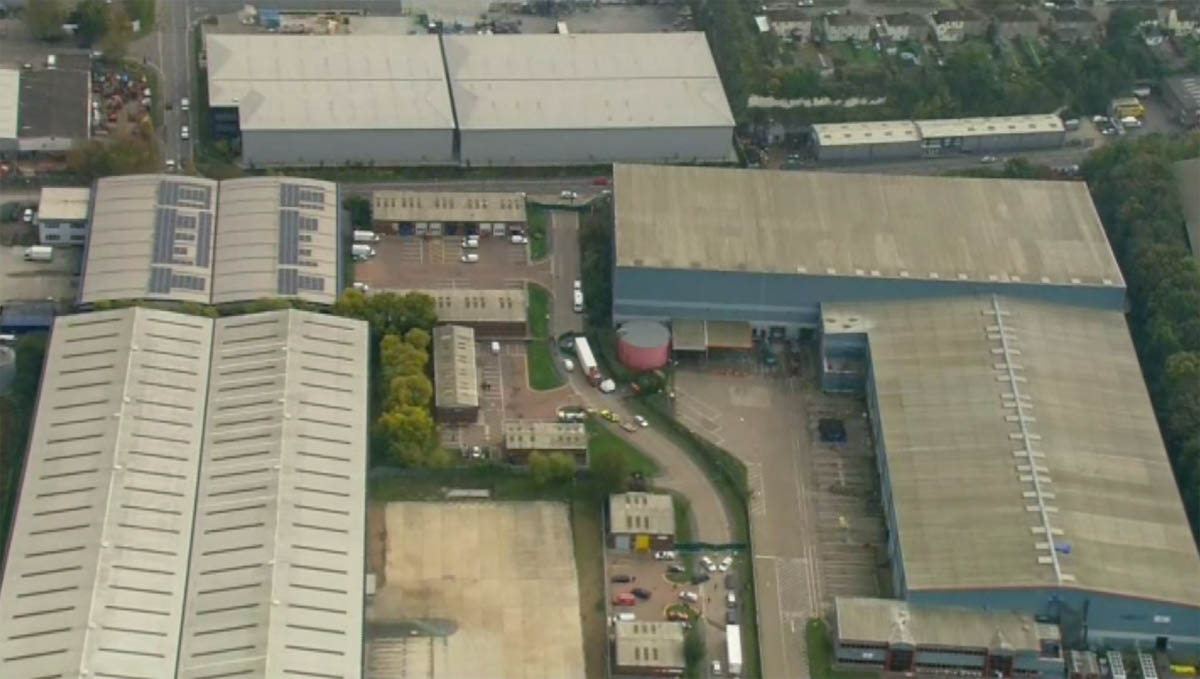 Police said 39 people were found dead inside the truck believed to have started its journey in Bulgaria. AP PHOTO 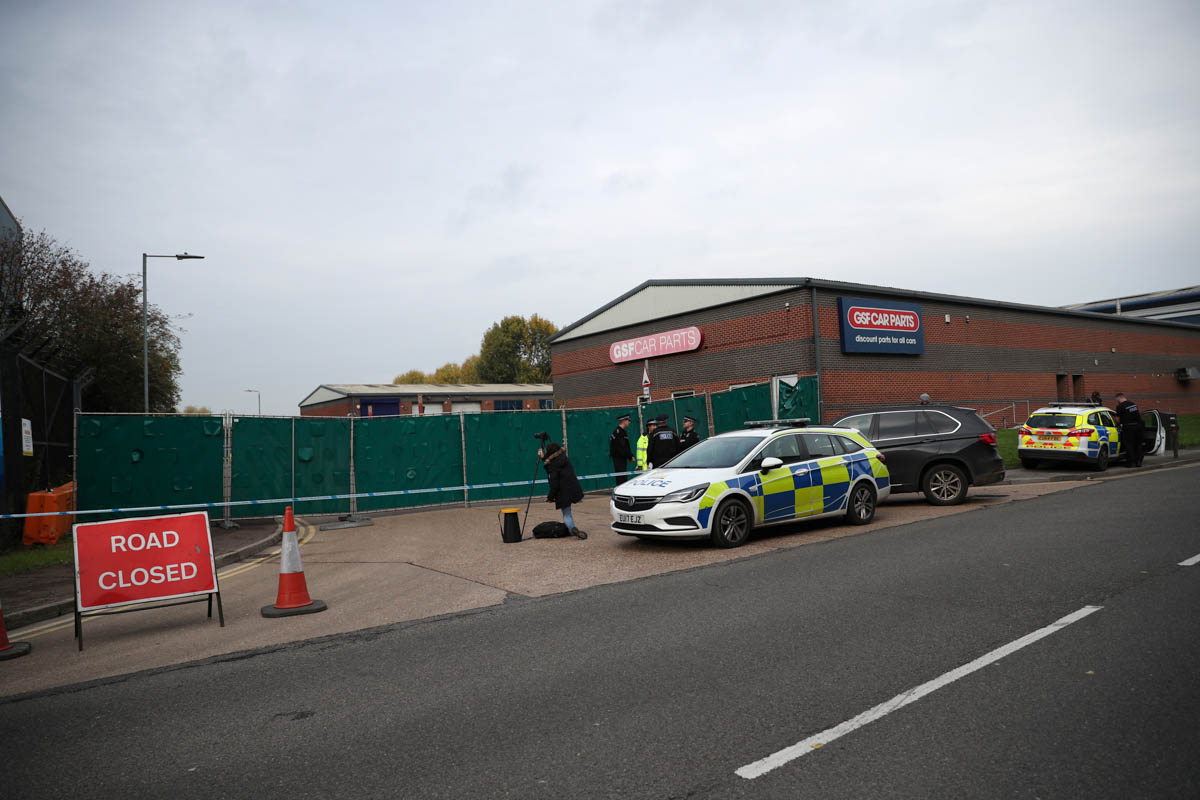 A cordon is placed and access to and from the Waterglade Industrial Park remains closed. HANNAH MCKAY/REUTERS 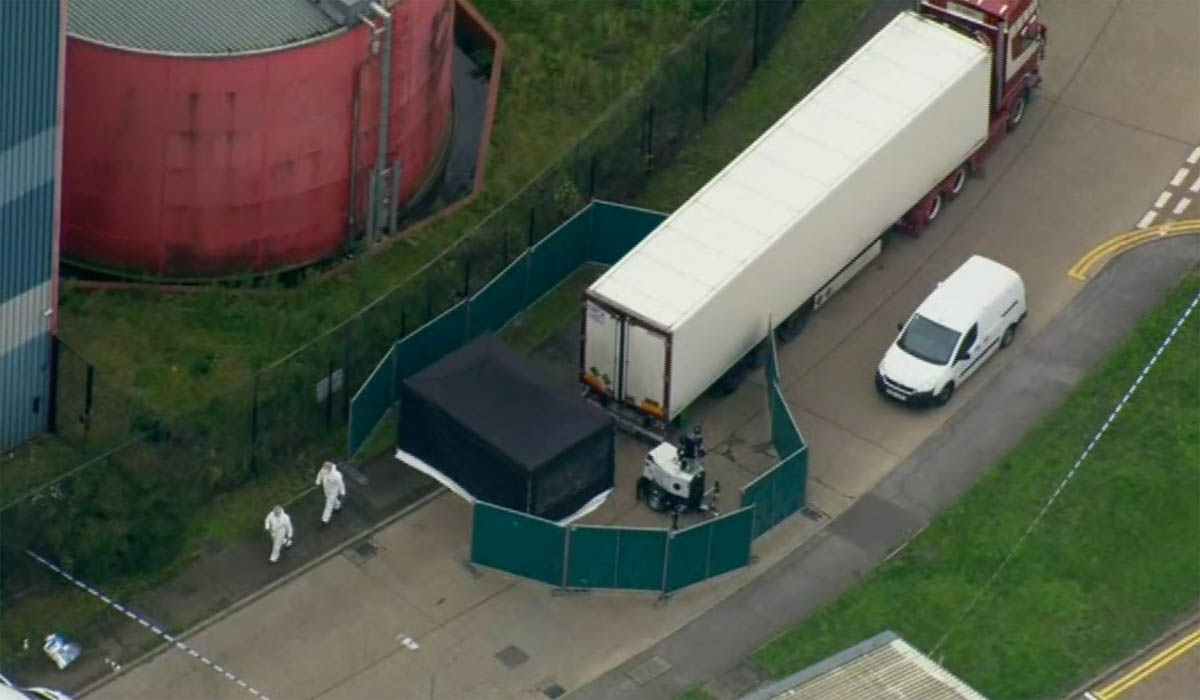 The 25-year-old truck driver, from Northern Ireland, was arrested on suspicion of murder, the police said. AP PHOTO 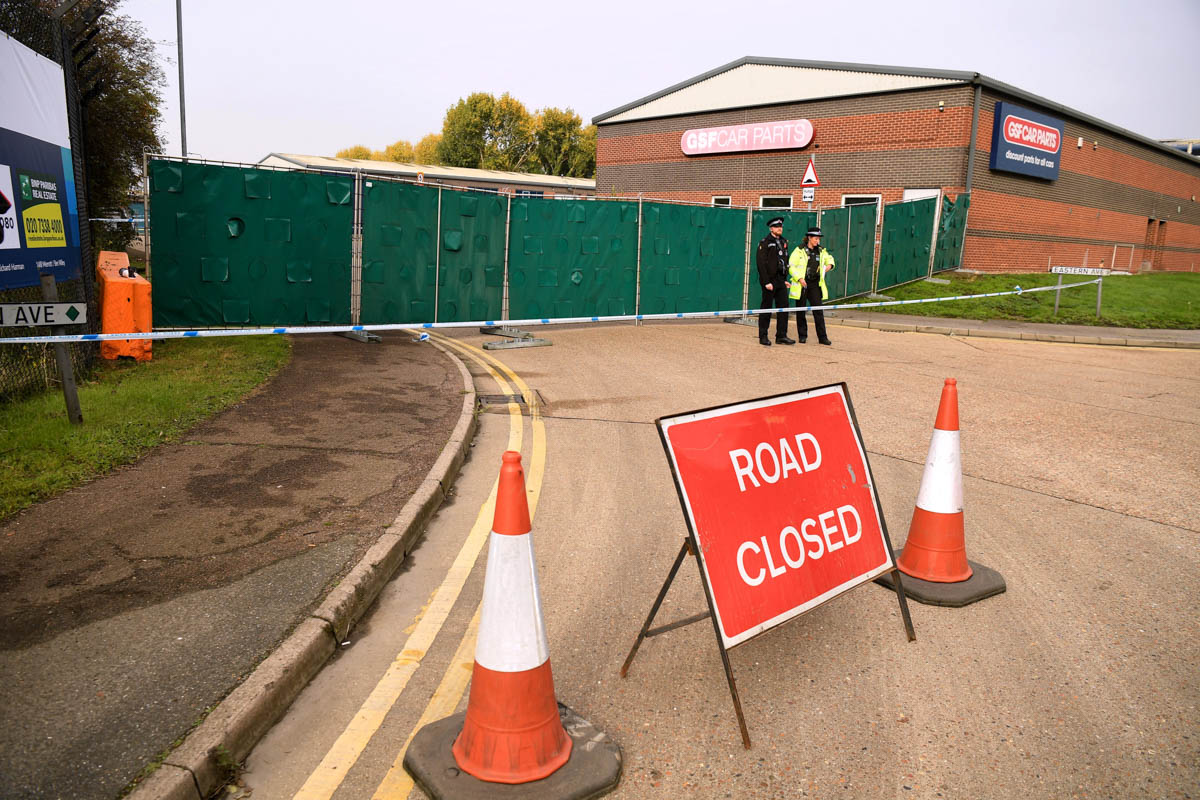 Police sealed off the surrounding area of the industrial estate as they carried out their investigation. LEON NEAL/GETTY IMAGES 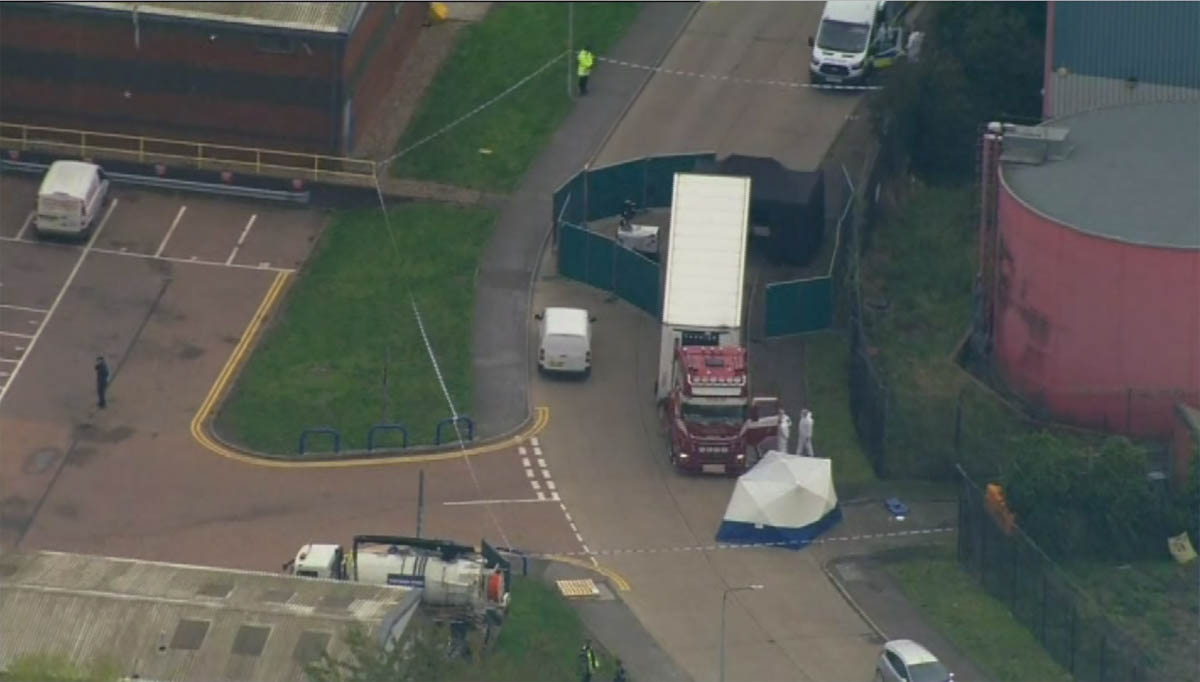 Nearby businesses said they were unable to gain access to their units on the site due to the large police cordon. AP PHOTO 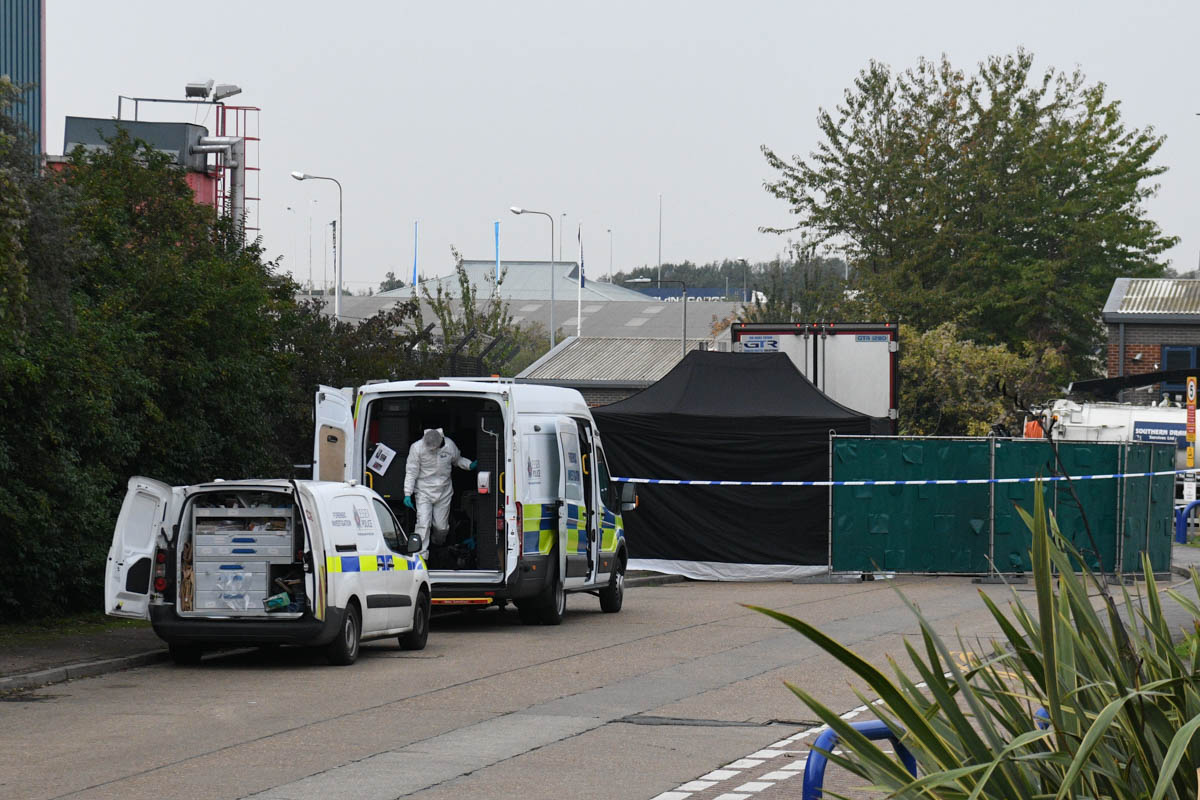 Police officers in forensic suits were on Wednesday inspecting a large white container on a red truck next to warehouses at the site. LEON NEAL/GETTY IMAGES