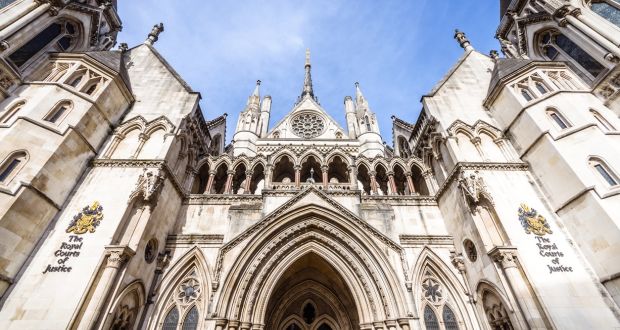 Lawyers representing the Nigerian government argued the award should not be enforced because England was not the correct place for the case. Photograph: iStock

Share to FacebookShare to TwitterShare to Email AppShare to LinkedIn

A judge in London said on Friday he would grant an Irish-owned company the right to seek to seize some $9 billion (€8.1 billion) in assets from the Nigerian government over an aborted gas project.

Process and Industrial Developments Ltd (P&ID) was awarded $6.6 billion in an arbitration decision over a failed project to build a gas-processing plant in the southern Nigerian city of Calabar. With interest payments, the sum now tops $9 billion – some 20 per cent of Nigeria’s foreign reserves

The judge’s decision converts the arbitration award to a legal judgment, which would allow P&ID to try to seize international assets.

P&ID, a UK-registered firm linked to Dublin-based Industrial Consultants International, agreed in 2010 to build a gas refinery in Nigeria to fuel power plants for the African state.

However, the project never went ahead and P&ID and Nigeria’s government entered arbitration in 2012, resulting in the original $6.6 billion award.

Industrial Consultants director Brendan Cahill, founder of P&ID with his late business partner, Michael Quinn, told African media earlier this year that P&ID was “open to a settlement on a reasonable basis” if it found someone in the Nigerian government willing to help resolve the dispute.

Lawyers representing the Nigerian government argued the award should not be enforced because England was not the correct place for the case, and even if it were, the amount awarded was “manifestly excessive.”

Mr Justice Butcher of the UK commercial court rejected these arguments and said he would “receive submissions from the parties as to the precise form of order appropriate.”

A spokesman for Nigeria’s president, Muhammadu Buhari, on Friday directed requests for comment to the ministry of justice. The country’s solicitor general Dayo Apata said the government would appeal the decision.

“P&ID is committed to vigorously enforcing its rights, and we intend to begin the process of seizing Nigerian assets in order to satisfy this award as soon as possible,” said Andrew Stafford QC, of Kobre & Kim, which represents P&ID.

Industrial Consultants International is based on Stephen’s Lane in Dublin. Its most recently filed accounts show that the business had €1.2 million assets at the end of 2017.

Legal experts said previously that assets used for diplomatic purposes – such as the Nigerian High Commission building in central London – are not eligible for seizure, but commercial assets are.