Is there about to be a recession? - THE WEEK

Fears of a global economic slowdown are proliferating. Yesterday in UK and US bond markets, for the first time since the prelude to the devastating 2008 global financial crash, it became cheaper for governments to hold long-term rather than short-term debt.

Interest rates for short-term bonds are generally lower than those for long-term, and when they flip this is known as an ‘inverted yield curve’, an event that regularly foreshadows severe economic downturn, even recession.

A yield curve inversion has preceded the last seven US recessions, and has occurred without a recession just once in the last 50 years. 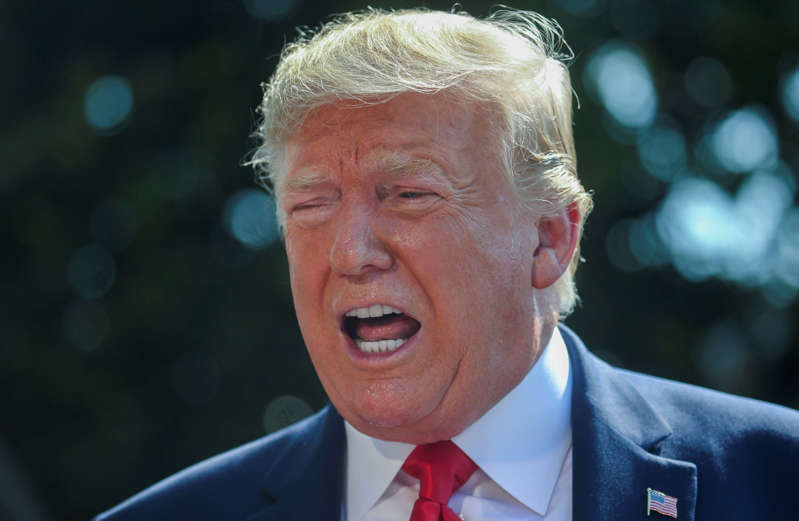 Yesterday, data released by the German government confirmed the country’s economy had shrunk 0.1% between April and June. “Deutsche Bank analysts predicted that the economy would continue to shrink in the current quarter,” the New York Times reports. If they are correct, the German economy will have shrunk in two consecutive quarters, a slump that meets “the technical definition of a recession.”

Likewise in China, government data showed weak economic performance, including the revelation that factory output is at its lowest flow for 17 years.

“This yield curve inversion in the States really tells us more about the global economy than the US economy,” said Marc Ostwald, chief economist at ADM Investor Services International, quoted by the Independent. “We are looking at Germany, we are looking at, above all, China and we are going, ‘This isn’t good, these are meant to be motors of global trade’.”

The bad news from China and Germany, and in the UK and US stock markets are all intimately linked, and the investment manager BlackRock is clear about what they think is driving the troubles. “The recent escalation in US -China tensions reinforces our view that trade and geopolitical frictions have become the key driver of the global economy and markets,” they said in a statement released on Monday.

In further signs of trouble, Reuters reports that “oil prices sank more than 4% on Wednesday after global demand fears were revived by weak economic data from China and Europe and an unexpected build in US crude inventories.”

Is a recession due?

An interest rate inversion signals that investors have concerns about the economic outlook in the next few years, but it also helps to cause economic downturn.

As Reuters explains, “When short-term yields climb above longer-dated ones, it signals short-term borrowing costs are more expensive than longer-term loan costs. Under these circumstances, companies often find it more expensive to fund their operations, and executives tend to temper or shelve investments. Consumer borrowing costs also rise and consumer spending, which accounts for more than two-thirds of U.S. economic activity, slows. The economy eventually contracts and unemployment rises.”

Former Federal Reserve Chair Janet Yellen counselled caution on those predicting a recession in the US: “I think the answer is most likely no. I think that the US economy has enough strength to avoid (a recession). But the odds have clearly risen and they are higher than I’m frankly comfortable with,” said Yellen in an interview with FOX Business Network, set to air on Friday.

According to Mike Riddell, a bond portfolio manager at Allianz Global Investors, the UK yield curve inversion is less significant than that of the US. “The UK curve spent almost half the 1990s inverted and things were fine,” the Financial Times quotes him as saying. He added, though, that there was “no question that a curve that is flattening or inverting is increasing the chances of recession”.

What can be done to arrest the economic slump?

Generally, in times of weak economic growth, central banks lower interest rates. The major problem now is that most countries have rates hovering not far above zero. There is little ammunition left for action.

In the US, Donald Trump has renewed his attacks on Federal Bank chair Jerome Powell, who has dropped interest rates, but not aggressively enough, according to Trump.

Germany has long preached and adhered strictly to a policy of ‘Schwarze Null’ - or ‘black zero’ - in which they spend and borrow conservatively. The government has operated a budget surplus since 2014. However, their recent troubles are leading some to call for an end to this policy.

“This is an embarrassment for Germany, which has long lectured other countries on how to manage their economies,” argues Jack Ewing in The New York Times. “The slumping growth will probably increase calls for Chancellor Angela Merkel’s government to increase spending to stimulate the economy.”

Anja Hajduk, the deputy leader of Germany’s Green parliamentary group, agrees: “What is even more disappointing than the economic data are that the government is still not doing anything to counter this long-expected economic downturn,” the Financial Times quotes her as saying. “If the government wants to pursue an economic policy that looks to the long term, it cannot give priority to the Schwarze Null over indispensable investments in our future.”