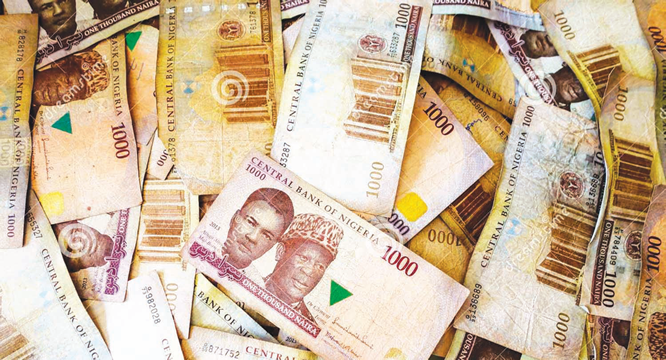 Although it is currently under pressure at the Investors and Exporters’ (I&E) foreign exchange window, the naira continues to remain stable at the parallel market, findings by New Telegraph show.

Yesterday, the local currency exchanged at N360 to the dollar, the same rate it had largely traded at over the last 12 months. It traded against the pound sterling and the euro at N448 and N398, respectively.

A dollar shortage initially triggered by a slowdown of foreign inflows after local debt market yields declined, coupled with falling oil prices, had put the naira under pressure on the I&E window in recent weeks.

A forex trader in Lagos told New Telegraph that the volatility on I&E window had not affected exchange rate stability on other segments of the forex market.

According to him, forex supply continues to exceed demand due to Central Bank of Nigeria’s (CBN) frequent interventions in the interbank forex market.

The trader said: “We have heard that the naira is under pressure at the I&E window, but the exchange rate is stable both at the Bureaux de Change (BDC) and parallel markets segments of the foreign exchange market. The stability is the result of the regular interventions in the market by the CBN.”

However, in a recent note, analysts at Financial Derivatives Company (FDC) Limited predicted that the decline in oil prices would eventually lead to a depreciation of the naira.