LAGOS (Reuters) - Nigerian President Muhammadu Buhari has signed into law a new bill that seeks to boost government revenue through a rise in the value-added tax rate while at the same time supporting small businesses in Africa’s biggest economy. 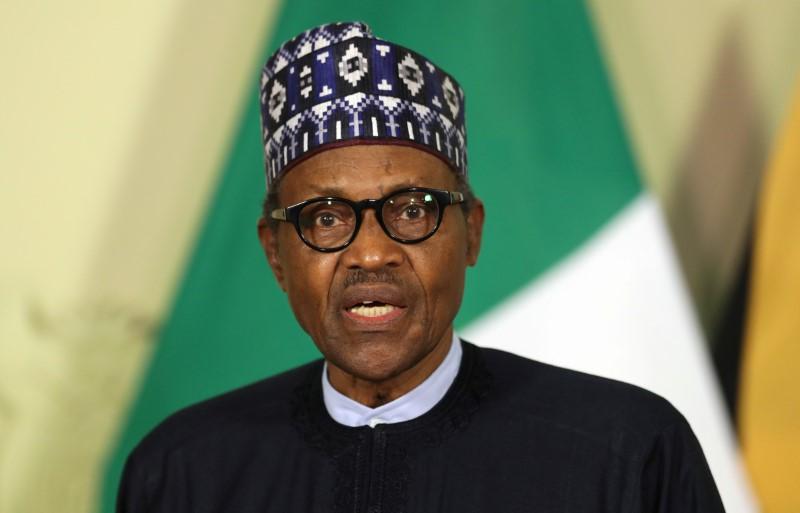 Nigeria has been trying to boost tax income as part of efforts to diversify its economy to reduce dependence on sales of crude oil.

But raising more money from taxes has proved difficult in a country where most small businesses are not registered. The government has repeatedly said it wants to boost non-oil revenue since oil sales make up 90% of foreign-exchange receipts.

Under the finance bill signed into law on Monday, VAT rates will rise from 5% to 7.5%, which is still one of the lowest rates in the world.

The bill, passed by parliament last year together with the record 2020 budget of 10.59 trillion naira ($34.6 billion), aims to help lift Nigeria’s economy from low growth following a recession four years ago.

Under the new law, the government will introduce a graduated tax scale for small businesses, with firms that generate less than 25 million naira ($70,000) in annual turnover exempt from corporate tax.

Tax experts say the finance bill will seek to tax companies with digital activities that have significant presence in Nigeria and generate profits.

The government hopes the new bill will help to reform its domestic tax laws and provide incentives for investments in infrastructure and the capital markets while supporting small businesses.

Nigerian Stock Exchange chief Oscar Onyema said on Monday he expects the new bill and 2020 budget implementation to have a positive impact on corporate earnings and consumer spending.

So far, stocks are up 9.6% in the first seven days of trading in 2020, thanks to higher oil prices and gains in Nigeria’s second-biggest listed firm, MTN Nigeria (MTNN.LG).