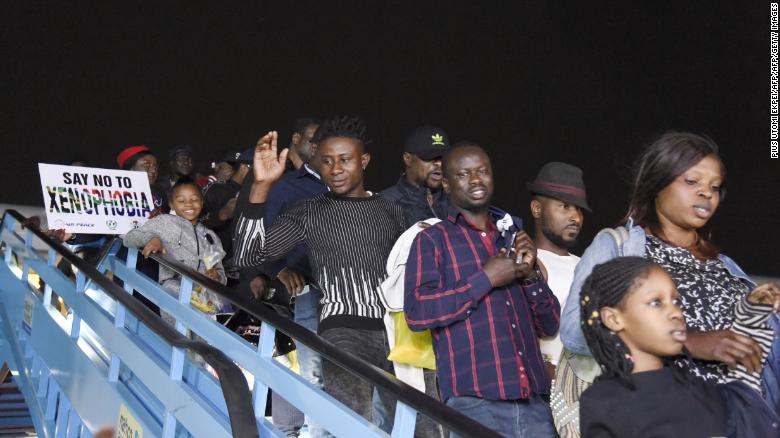 Lagos, Nigeria (CNN)Dennis Benson was taking a leisurely walk in Birchleigh, a neighborhood in the Johannesburg suburb of Kempton Park, when he spotted a poster calling for a strike on foreign businesses in the area.

The 34-year-old Nigerian entrepreneur told CNN it was then that he started making plans to leave South Africa because he knew it was about to get "bloody."
"I packed my bags and went to stay with a Nigerian friend who lives close to the airport because I knew it was going to get bloody. I have seen other protests," Benson said.

On September 2, when riots targeting several stores owned by foreigners broke out across Johannesburg, Pretoria and surrounding areas, Benson said he was only looking for an opportunity to go back home. 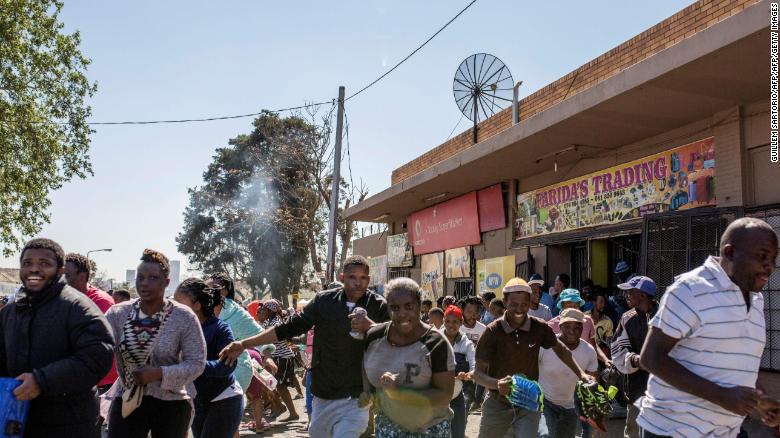 Looters run from a shop in Turffontein, east of Johannesburg, on September 2, 2019.

"A supermarket owned by an Ethiopian beside my apartment was looted and destroyed. The rioters even took the fridge with drinks. They were chanting that people should go back to their country," he said.
At least 10 people, including two foreigners, were killed in days of violence that erupted after mobs razed and vandalized several businesses and stores owned by immigrants. The anti-foreigner attacks sparked diplomatic protests from several African governments, while some Nigerian citizens retaliated by looting South African-owned brands. 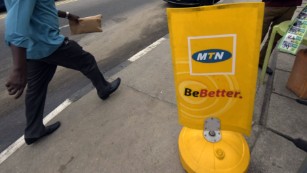 Nigerian President Muhammadu Buhari sent a delegation to South Africa to assess the situation and later announced plans to repatriate 640 citizens from the country.
Private airline operator Air Peace said it would provide two flights for Nigerians who wanted to leave, while a Nigerian real estate firm offered to pay for those who wanted to return home.
The first group of 187 people arrived at the Lagos airport Wednesday night, Nigeria's Diaspora Commission Chairwoman Abike Dabiri-Erewa told CNN, and more Nigerians will be evacuated in the coming weeks, she said. 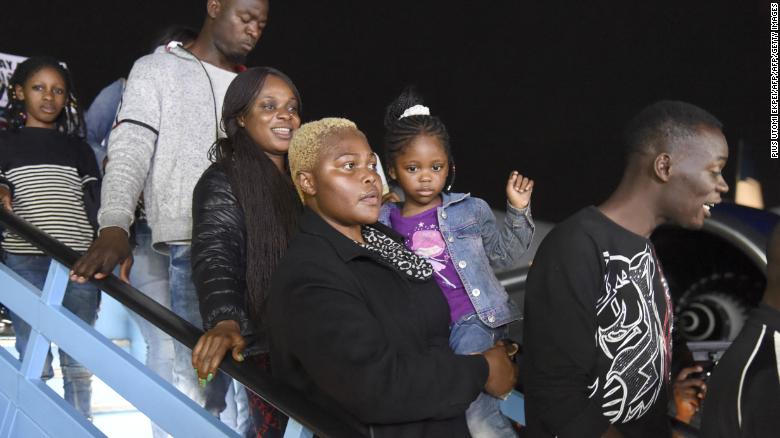 Nigerians return to their home country on a flight from Johannesburg Wednesday night.

Videos showed joyous scenes of passengers singing the Nigerian national anthem as they disembarked the aircraft. Some carried posters that read "Say No to Xenophobia."

Dabiri-Erewa complained that many passengers are still stranded and were not allowed to fly with the contingent from Johannesburg due to documentation problems.
"The flight was supposed to come with 313 people, but only 187 people were cleared to fly, and the airline lost a lot of money in the process. We are asking the South African government to allow those who want to leave to leave," she said.
CNN has reached out to South Africa's immigration authorities for comment and is awaiting a response.

President Cyril Ramaphosa, who condemned the attacks on Monday, said the violence was frustrating government efforts to showcase South Africa as a country of equal opportunities.
Ramaphosa said foreigners have the right to own and operate businesses in the country without fearing attacks from criminals.
"Government will not allow sporadic lawlessness and violence to disrupt the safety and livelihoods of millions of South Africans and the majority of foreign nationals in our country who are law-abiding and have the right to conduct their lives and businesses in peace," Ramaphosa said.

Benson told CNN he was given a five-year ban for overstaying his visa in South Africa before he left the airport in Johannesburg on Monday.
Despite the fallout, Benson says he has no regrets coming back to Nigeria. He is ready to pick up the clothing business he owned in Lagos before he left in 2016.

"South Africa was no fun for me and I have no regrets leaving. I could not get a decent job, and I was living on the jobs I did for my clients in Nigeria. Now, I don't have to worry about people attacking me because I am a foreigner," Benson told CNN.
Nigeria's foreign ministry urged its citizens in South Africa to remain calm and patient, adding that officials are working with relevant authorities to find ways to end xenophobic attacks on their nationals.