TaxiDXB will make life easier for passengers as they do not have to walk long distances to reach their boarding gates at the Terminal 3 which is exclusively used by the national carrier Emirates. The serivce will be extended to other terminal as well.

Priority will be given to elderly people and the families to use the service, however,it is available for all passengers.

Passengers can also use the service to just to have fun and go around to explore the massive Dubai International airport. 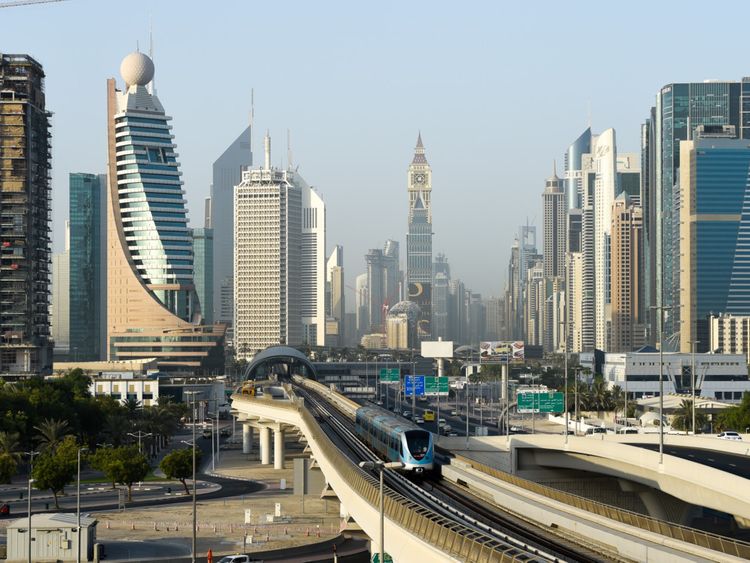 More than 1.5 billion people have travelled on the Dubai Metro since its launch on September 9 in 2009.Image Credit:

Is it really only a decade since Dubai Metro began service? For many living or visiting the city, Dubai Metro seems as if it has always been an integral part of the city, an essential service that is part and parcel of our daily lives. And because the entire system runs so smoothly, so efficiently, it seems as if it indeed has been with us for far more than a decade.

Over the past 10 years Dubai Metro has functioned smoothly, with an on-time service record at 99.7 per cent — near perfection, a statistic that other transit authorities in major cities around the world must indeed envy. And over that time, from the first train journey at nine minutes past nine on the ninth day of the ninth month back in 2009, more than 1.5 billion — more than the entire population of India — have travelled on its rails.

The Red and Green lines are workhorses for the city of Dubai, a transport backbone that carries tens of thousands each day to and from work, to social gatherings, and on daytrips. Their efficiency and effectiveness are just one element of an infrastructure and system planned by the Road and Transport Authority, which has invested almost Dh100 billion — funds provided by the Government of Dubai — into making this city better for everyone.

In the coming months, the 2020 line will open, enabling even more passengers to travel to and from the Expo2020 site, connecting it with the entire city in an environmentally friendly, efficient and fast train system on another 16 kilometres of rail. This line will eventually be extended to Al Maktoum International Airport.

Dubai Metro and the convenience it affords means that developments, neighbourhoods and properties close to stations earn a premium that enhances real estate values across the emirate. Its effective service means too that businesses and commercial outlets close to the lines can rely on employees who are more productive by having an easy commute to work.

Over the past 10 years Dubai Metro has functioned smoothly, with an on-time service record at 99.7 per cent — near perfection, a statistic that other transit authorities in major cities around the world must indeed envy

As we reflect on this first decade of Dubai Metro, it’s worth remembering that the entire project was the vision of His Highness Sheikh Mohammed Bin Rashid Al Maktoum, Vice-President and Prime Minister of the UAE and Ruler of Dubai. When Dubai, or the UAE, puts its mind on a task, it will succeed.

“I was 10 years old when I visited London in 1959 with my father who insisted to see a train’s cockpit. Fifty years later, Dubai Metro came true in 2009,” Sheikh Mohammed recalls. “Nothing is impossible if you can dream it.”