Oil traded near a four-month high in New York after an unexpected drop in U.S. inventories and as OPEC urged producers to stick with efforts to prevent a surplus.

West Texas Intermediate futures added as much as 0.7 percent before paring some of those gains. As members of the OPEC+ coalition prepare to meet in Baku, Azerbaijan, to review their production cutbacks, the cartel’s secretariat recommended that producers “avoid a relapse of the imbalance and continue to support oil-market stability in 2019.” 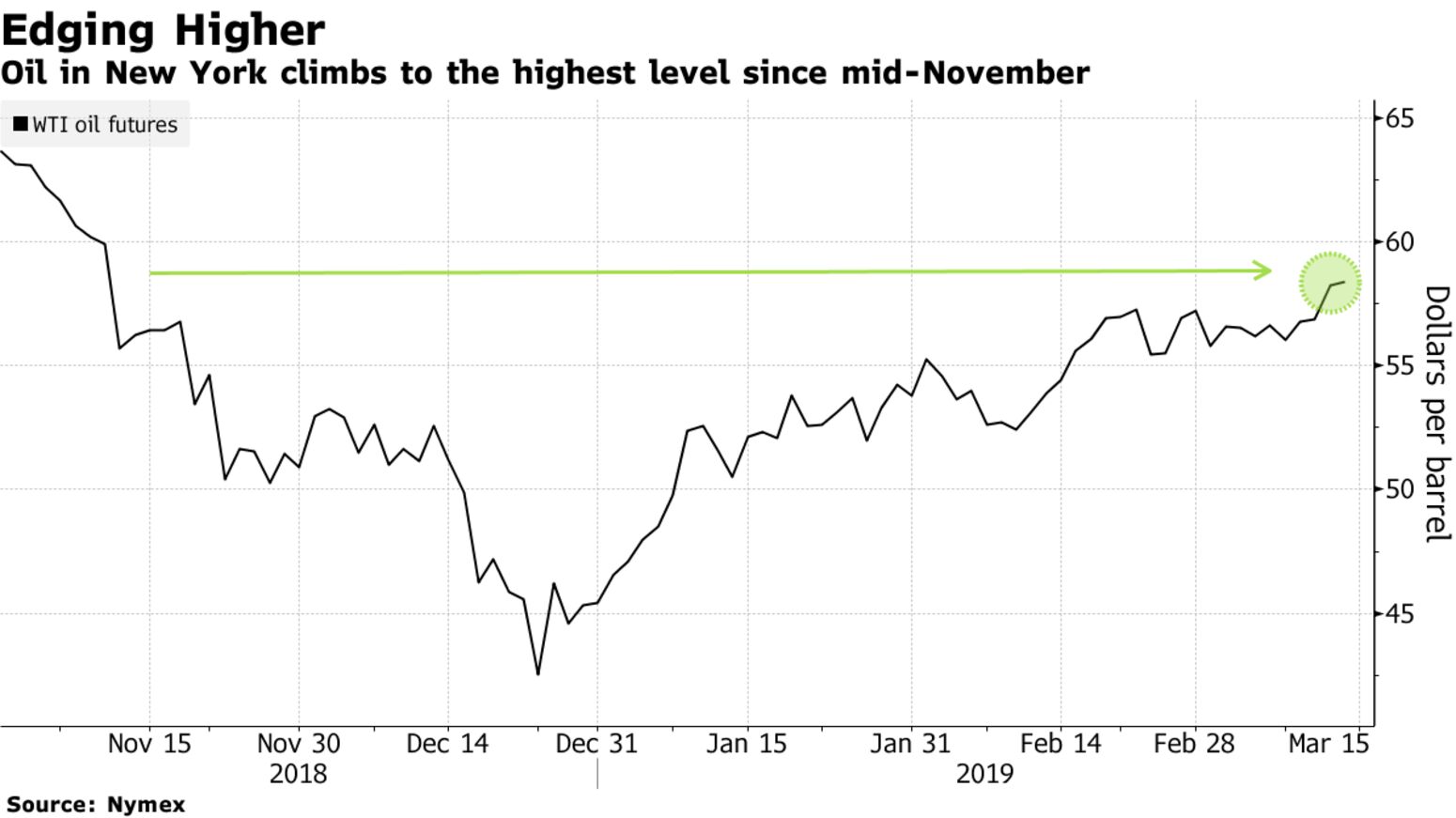 Crude has surged nearly 30 percent this year as the Organization of Petroleum Exporting Countries and its allies cut production, while American sanctions also tighten output from Iran and Venezuela. Yet the rally has been limited by continued trade tensions between the world’s two largest economies -- which could hurt oil-demand growth -- as well as record U.S. production.

“Supply risks are at the front of the mind as Venezuela’s crisis deepens and Iran sanctions exemptions end soon,” said Norbert Ruecker, head of macro and commodity research at Julius Baer Group Ltd. in Zurich.

Brent for May settlement rose 18 cents to $67.73 a barrel on the London-based ICE Futures Europe exchange. The contract climbed 88 cents to $67.55 on Wednesday. The global benchmark crude traded at a $8.99 premium to WTI for the same month.

A meeting between President Donald Trump and his Chinese counterpart Xi Jinping to sign an agreement to end their trade war is more likely to happen in April at the earliest, three people familiar with the matter said.

U.S. Trade Representative Robert Lighthizer this week pointed to “major issues” still unresolved in the talks with China, with few signs of a breakthrough on the most difficult subjects including treatment of intellectual property. Chinese officials have also bristled at the appearance of the deal being one-sided, and are wary of the risk of Trump walking away even if Xi were to travel to the U.S.

— With assistance by James Thornhill, and Heesu Lee