A palpable feeling of optimism over a potential Brexit deal rippled through markets after U.K. Prime Minister Boris Johnson met Irish premier Leo Varadkar. And Deutsche Bank AG is one of those convinced it’s now time to buy sterling.

“We cannot recall a time during the Brexit process of the last year at which the Irish government raised expectations to this extent,” wrote Oliver Harvey and George Saravelos, strategists at Deutsche Bank, ending a recommendation to sell the currency. “We are no longer negative on the pound.” 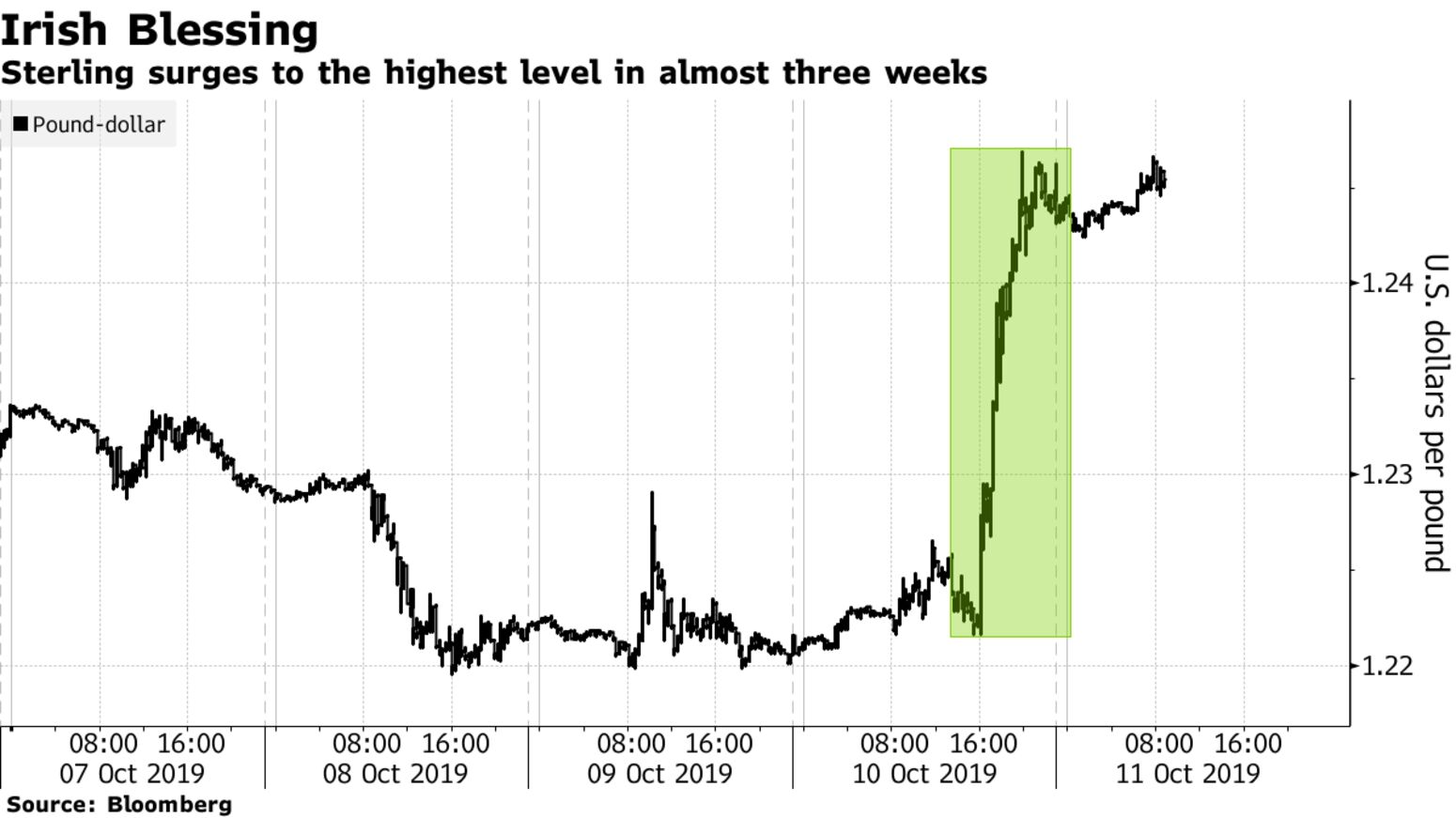 Sterling climbed the most since March after Varadkar and Johnson said Thursday they could see a pathway to a deal before the Brexit deadline of Oct. 31. While much uncertainty still remains, if Ireland -- one of the most important protagonists in talks -- sees a way forward, that could help avoid a crash exit, the worst-case outcome for the U.K. economy and the pound.

Johnson’s meeting with Varadkar was a “potentially pivotal moment,” Harvey wrote. “We are turning into optimists.”

Deutsche Bank’s shift in view is mirrored by those trading the currency. Options have turned the most positive on record for the pound against the dollar over the next one month. That may reflect bets on a deal or hedges against a further rally for those who have short positions.

Pound Traders Swing to Most Bullish on Record for Next Month

Thursday’s bounce seemed to confirm lingering speculative short pound positions are being unwound, said Koon Chow, a strategist at Union Bancaire Privee. Yet there may be no way to judge whether the optimism will last, according to Societe Generale SA analysts.

The EU’s chief negotiator, Michel Barnier, will meet U.K. Brexit Secretary Steve Barclay Friday in Brussels to try to map a potential route forward, with just three weeks left until the Oct. 31 deadline. U.K. and EU officials said it would be difficult to reach an agreement before next Thursday’s summit of European leaders.

— With assistance by Vassilis Karamanis