Recession fears are spreading among investors at a time when valuations across major assets are looking dangerously stretched following years of monetary stimulus, the latest Bank of America Corp. survey shows.

About a third of asset managers polled believe a global recession is likely in the next 12 months, the highest probability since 2011 -- when Europe was engulfed by a sovereign-debt crisis. Trade war concerns rose, topping the list of the biggest tail risks, followed by the fear of monetary policy impotence, according to Bank of America’s report. 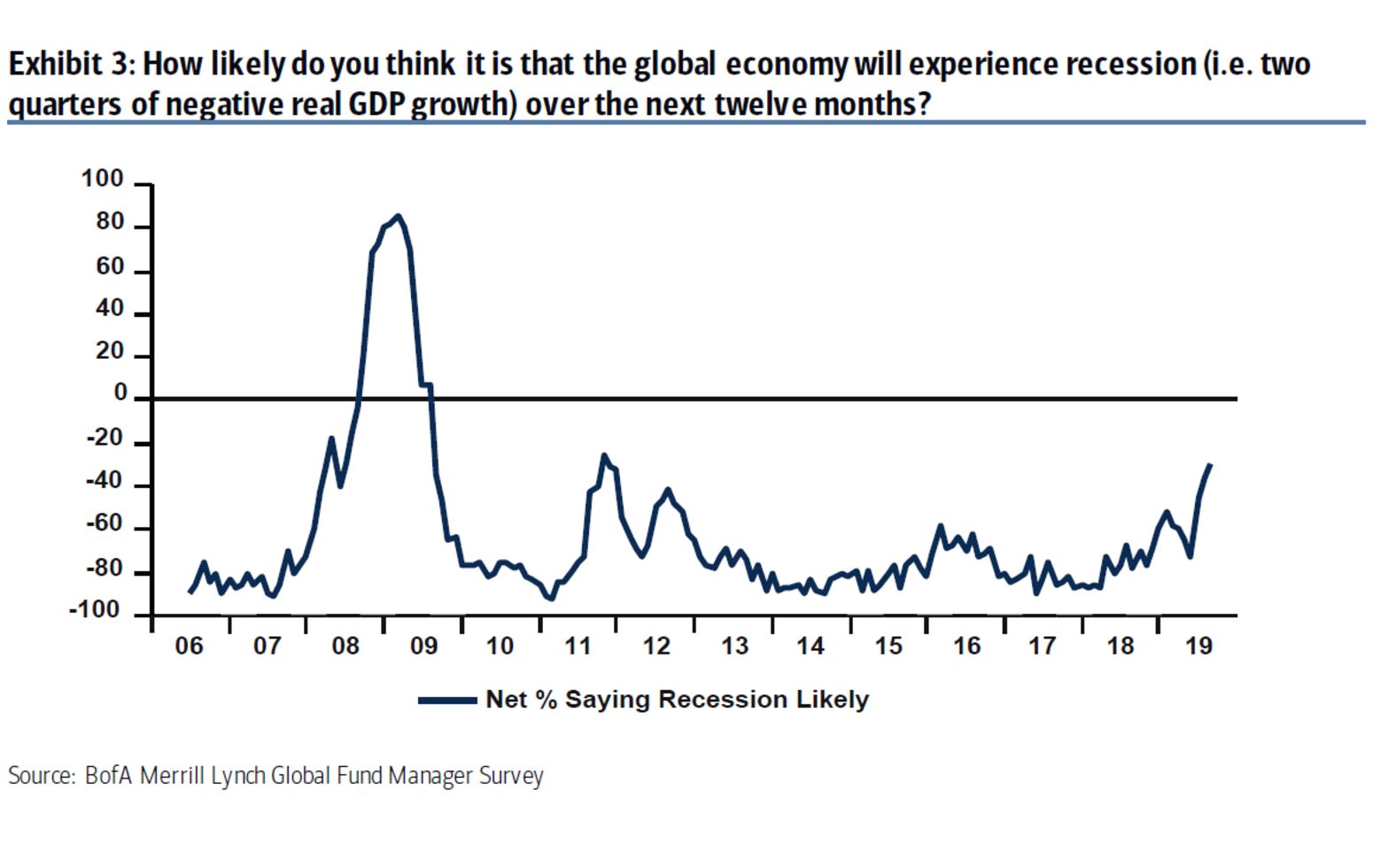 This month’s escalation in the U.S.-China trade spat sent investors searching for havens as the growth outlook darkened. Central banks across the world this year have been trying to support the economy by pledging further stimulus. However, such efforts have also increased the threat of bubbles in key markets.

Fund managers surveyed by Bank of America see corporate and government bonds as particularly vulnerable to bubbles created by monetary officials, followed by U.S. stocks and gold. At the same time, only 11% of polled investors see fiscal policy as overly stimulative.

Amid fears of an economic slump, fund managers in August were the most bullish on bonds since 2008, with 43% expecting lower short-term rates over the next 12 months and just 9% of investors predicting higher long-term rates.

A total of 171 fund managers overseeing $455 billion in assets responded to the global fund manager survey.

Other takeaways from the survey include:

— With assistance by Sid Verma