Salaries and emoluments of directors of Oando Nigeria Plc increased in 2018 as the oil and gas giant continues to record double digit growth in earnings.

For instance, directors’ total package was N1.31 billion in December 2014, but the company recorded a loss of N183.25 billion, when a sharp drop in crude oil price of mid 2014 deal a blow on cash flow.

Similarly in 2015, directors received N1.78 billion in salaries and emolument, whilst the company recorded a loss of N48.15 billion.

Experts say should stewards of a company in dire financial stress be paying themselves in millions of Naira?

The Securities and Exchange Commission (SEC), gave a directive for the resignation of the affected board members of an energy company, Oando Plc, and also barred the Group Chief Executive Officer of the company, Wale Tinubu, and his deputy, from being directors of the companies for five years.

This is after the capital market regulator concluded investigation into the activities of the company, regarding alleged infractions and other market violations. 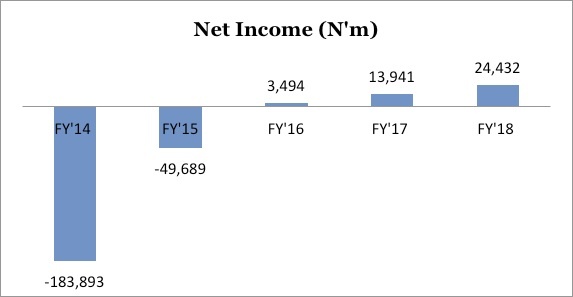 The court also restrained SEC, its servants or agents from taking any step concerning the commission’s letter dated May 31 in which it barred Tinubu and Boyo from being directors of a public company for five years.

It also restrained the commission from imposing a fine of N91.13 million on Tinubu.