The ongoing court trial of Omoyele Sowore, a New-York based Nigerian journalist and prominent activist, has taken a worrying turn and added to growing concerns Africa’s largest democracy is slowly becoming intolerant of political dissent and defaults to tightening press freedom when it is under pressure.

One day after Sowore, a Nigerian-American, was released on bail following a court order, he has been detained yet again in controversial circumstances. In dramatic scenes in court today (Dec. 6), agents of Nigeria’s Department for State Security (DSS) attempted to arrest Sowore, resulting in a scuffle involving his lawyers. Following the incident, Femi Falana, one of Nigeria’s most prominent lawyers and lead of Sowore’s legal team, confirmed the activist was back in DSS custody.

Sowore is the publisher of Sahara Reporters, an online news publication that focuses on uncovering political scandal and corruption in Nigeria. He was also a presidential candidate in Nigeria’s last elections in February.

He was first arrested on Aug. 3 on charges of treason with the government claiming the activist planned to overthrow the current administration after he called for a protest dubbed “Revolution Now.” He also faces money laundering and cyber-stalking charges. 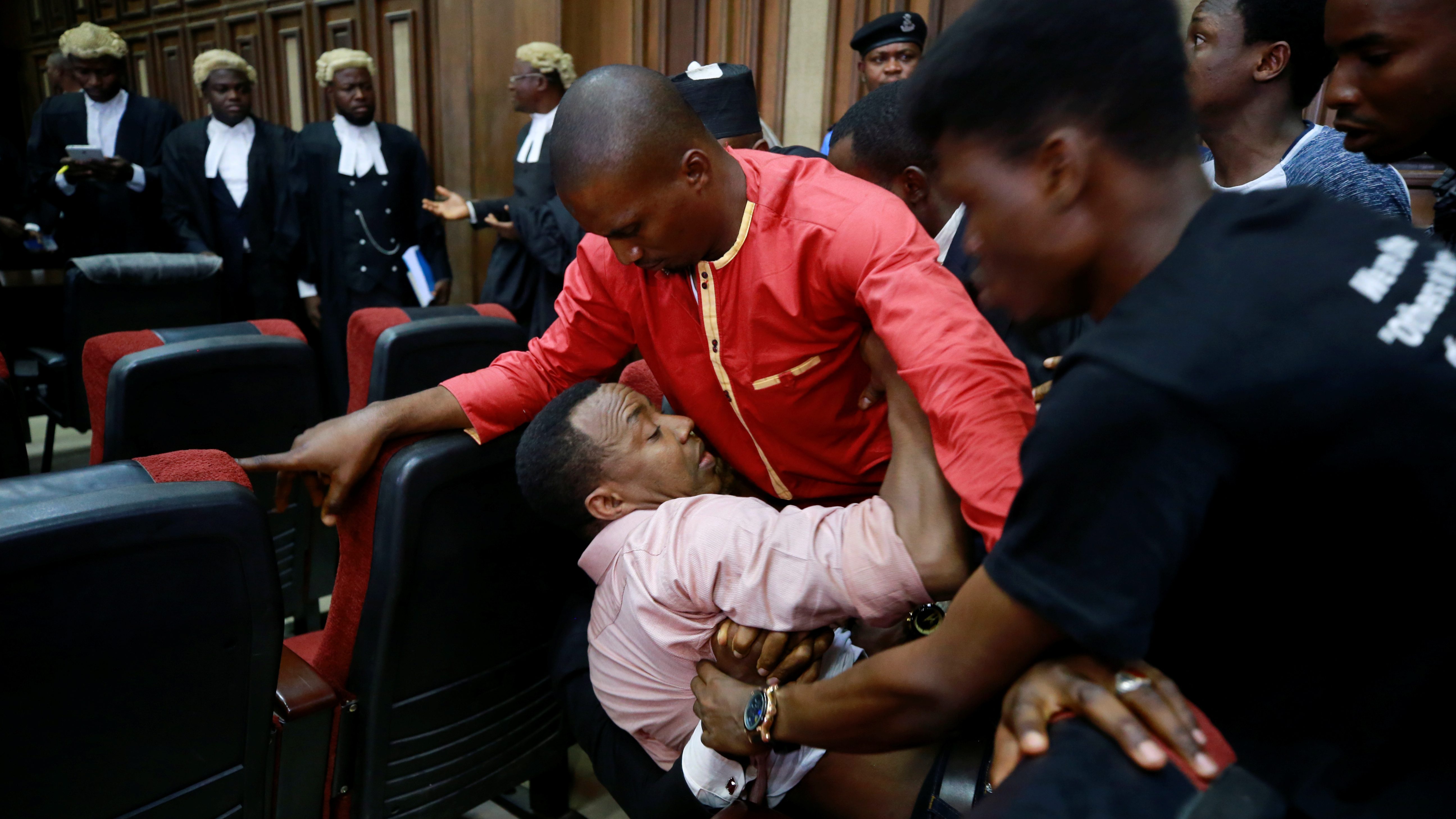 Scenes in court during an attempted rearrest of Sowore.

Despite a judge granting him bail in October with the case ongoing, he had been kept in DSS custody until his initial release yesterday. Protests clamoring for his release on bail on Nov. 12 also reportedly resulted in a clash with the agency’s officers. While the reason for his rearrest remains unclear, his legal team have branded it a disregard for the rule of law.

In an emailed statement, Bob Menendez, a US Senator from New Jersey, where Sowore’s family is based, described his rearrest as a “blatant miscarriage of justice [which] is symptomatic of closing political and media space in Nigeria.” Menendez says he’ll be working with the US Ambassador to Nigeria to secure Sowore’s release.

The incident compounds growing concerns around deteriorating freedom of speech and press rights in Nigeria. Sowore’s continued detention follows worrying cases of detention of journalists over the past year. In some cases, there have been outright disappearances of prominent government critics.

The arrest, inside a law court, reflects poorly on the administration of president Muhammadu Buhari especially given his stint, and checkered history with the press, as a former military head of state in the 1980s. Buhari notably sought to play down his dictatorial past during a successful presidential campaign in 2015 as he was branded a “reformed democrat.”

And there’s little doubt that Buhari’s administration and his ruling party the All Progressive Congress, which has control of the Senate, are keen to tighten controls on some forms of free speech.

In particular activists have raised concerns around two bills currently being considered by the Nigerian Senate which are believed to target freedom of expression online, including one which proposes the death penalty for those found guilty of “hate speech”.

The government supported National Commission for the Prohibition of Hate Speech bill and the Protection from Internet Falsehood and Manipulation and other Related Offences bill could give Nigerian authorities arbitrary powers to shut down the internet and limit access to social media. It could also make criticizing the government a punishable offense with penalties of up to three years in prison.