The Shock and Awe Era for Central Banks Is Over - BLOOMBERG

The era of central bank shock and awe is over.

More than ten years of crisis fighting -- including this year’s rush to support global growth -- have left policy makers in key economies facing a new decade with few good options to fight the next downturn.

Interest rates are either already around historic lows or negative after more than 750 cuts since 2008, spurring concerns they are doing more harm than good.

At the same time, leading central banks are buying bonds again -- so called quantitative easing -- after the purchase of more than $12 trillion of financial assets wasn’t enough to revive inflation.

With the Federal Reserve, European Central Bank and Bank of Japan set to hold their final policy meetings of the year (and decade) over the coming two weeks, the worry is the next ten years could be their most testing yet.

The mounting fear is that the lackluster expansions and inflation which have plagued Japan since the early 1990s will now be witnessed globally. Bank of America Corp. analysts are among those warning investors to be alert to “quantitative failure or monetary policy impotence.”

“After finding that the drawn-out battle by central banks has been largely in vain, people are adjusting themselves towards a view which is closer to the truth,” said Kazuo Momma, a former executive director for monetary policy at the Bank of Japan.

“Effectiveness of monetary policy will be clearly limited going forward. If anything, suspicion over possible side effects will become an increasingly big issue.”

Investors are among the doubters.

Back in 2009, 10-year bond yields -- a proxy gauge for estimates of monetary settings -- tipped a big rebound for major economies. Instead, yields in Europe and Japan that were expected to surge have gone negative, U.S. yields are about 350 basis points lower than markets had bet and China’s about 130 points lower.

Traders today are more cautious: they’re betting on gains of less than 1 percentage point on 10-year yields for all four regions.

It’s not that central banks are completely out of ammunition -- the Fed has room to cut and the ECB could accelerate its bond buying. It’s more that to surprise from here they will need some monetary acrobatics.

A recent study published by the Peterson Institute for International Economics concluded that while some have remaining ammunition, it’s limited. The Fed could fight a mild but not a severe recession given it has room for stimulus equivalent to a 5 percentage point cut in its benchmark, but the ECB and BOJ have just 1 point’s worth left, it said.

Those limitations will be on display in the upcoming meetings. The Fed is forecast to hold steady on Dec. 11. A day later the European Central Bank is expected to stay on hold while the BOJ is also seen treading water on Dec. 19.

That quiet end to the year comes despite inflation staying soft in most of the world. UBS Group AG reckons about two-thirds of central banks it monitors currently have inflation below their goals. 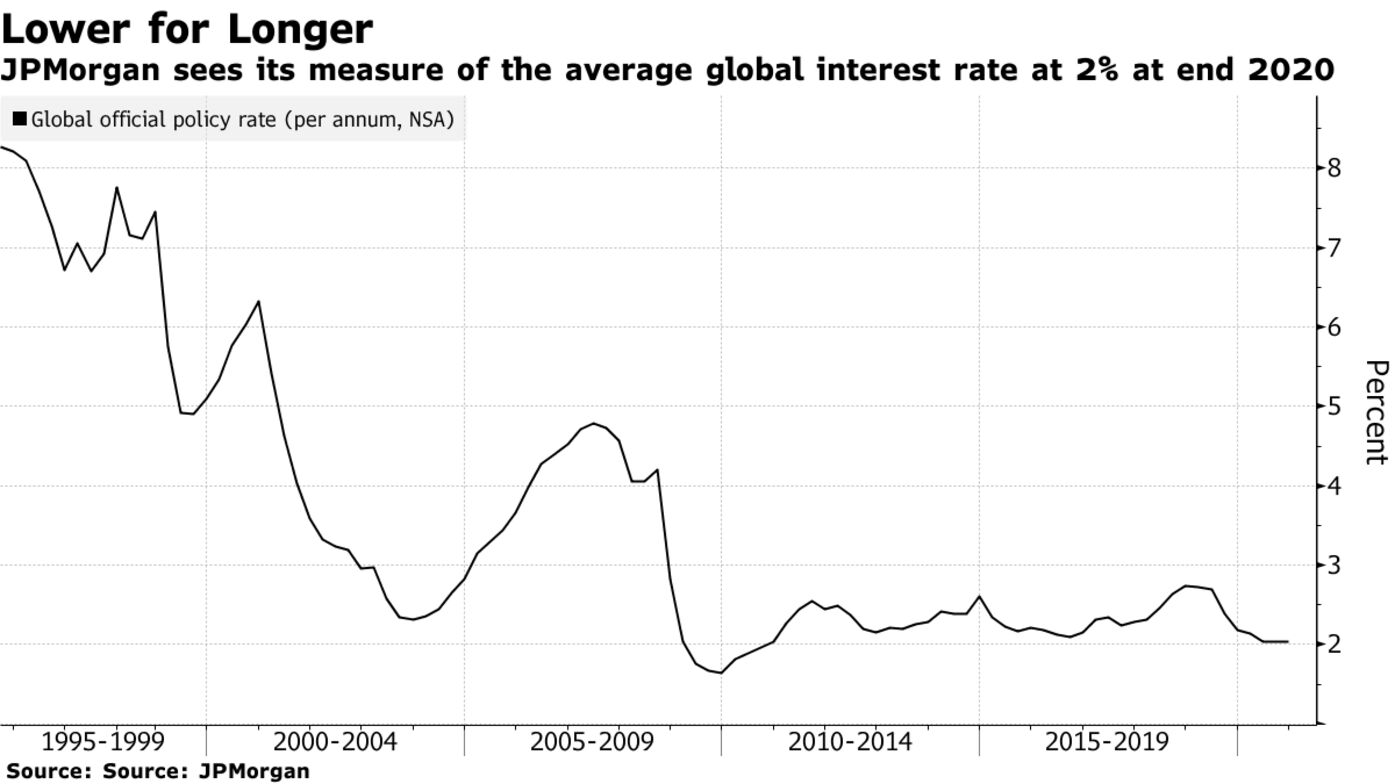 This year’s rate cuts did help put a floor under the world’s slowest expansion in a decade and help labor markets tighten even further as evidenced by the blockbuster U.S. payrolls report on Friday.

But there’s also the view that ultra easy policies -- and negative interest rates especially -- are doing some damage.

Pacific Investment Management Co. last week became the latest contributor to the debate over whether the negative rates witnessed in the euro-area and Japan hurt rather than help. Going below zero squeezes bank profitability and so reduces lending, depresses market returns and by extension consumption, according to the bond giant.

Such spillovers help explain why Fed Chairman Jerome Powell has all but ruled out negative rates for the U.S. despite pressure from President Donald Trump. Reserve Bank of Australia Governor Philip Lowe has done the same. Sweden’s Riksbank made clear it wants to put an end to half a decade of life below zero even as growth slows.

China’s policy makers don’t want to make the same mistakes. In a recent essay, People’s Bank of Governor Yi Gang doubled down on a pledge to stick to conventional monetary policy.

Aware of the hurdles ahead, Powell’s Fed is already conducting a review of strategy, with ECB President Christine Lagarde set to follow. Yet the early signs are that neither will start a revolution and will probably stick to noodling with their inflation targets.

“There are few things as certain as the ECB (and the Fed) not changing policy in this week’s meetings,” according to Marc Chandler, chief market strategist at Bannockburn Global Forex.

It all means the mantra of monetary heroes saving the world economy -- as labeled by OECD Secretary General Angel Gurria -- needs to pass to their fiscal counterparts.

There are some signs of that happening: Japan on Thursday announced a stimulus package to support growth. The U.K. election is set to open the door to a return to 1970s-style spending no matter who wins. But budget deficits and political differences mean many governments won’t chip in.

“The failures of fiscal policy have forced monetary policy first to extremes and now to the brink of exhaustion. When the next downturn comes, it’s Ministries of Finance, not central banks, that will have to provide the solution.”

As if contending with depleted armories and the mountain of debt their decade of easy money has wrought wasn’t enough, new challenges from digital currencies to climate change will test central banks’ ability to stay in control.

For now, much depends on how the U.S. and China trade war plays out and what it means for economic growth everywhere.

“If central banks are ‘pushing on a string,’ monetary policy alone will not stave off recession risks or populism,’ Bank of America strategists wrote in a report this month.

(Updates with comment on this week’s Fed, ECB meetings in 22nd paragraph)