In a statement released by the country's Minister of Public Enterprises, Pravin Gordhan, the air carrier will receive 2 billion rand (more than $136 million) from existing lenders ahead of the business rescue, and another 2 billion rand at a later date through the country's national treasury.

State-owned SAA has relied on government bailouts to stay afloat in recent years. The government says the move ensures there will not be any further unplanned stoppages or cancellations of flights but insists it is not a bailout. 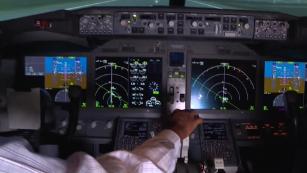 "The board of SAA has adopted a resolution to place the company into business rescue. This decision is supported by the government.

"This is the optimal mechanism to restore confidence in SAA and to safeguard the good assets if SAA and help restructure and reposition the entity into one that is stronger, more sustainable and able to grow to attract and equity partner," Gordhan said in the statement.

What is a business rescue?

In a business rescue, a financially distressed company like SAA is placed under the temporary supervision of a specialist practitioner with the aim of rehabilitating the company to improve its chance of survival.

Being placed under business rescue means that the national carrier would avoid being liquidated by its creditors.

In November, it was hit by an employee strike with workers demanding higher wages and protesting against planned job cuts. The strike resulted in cancellation of multiple flights and almost crippled the airline. 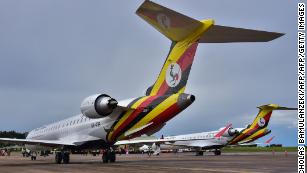 According to Gordhan, the move will reduce reliance on government finances and reduce the disruption of SAA services, customers and staff.

"It is a well defined process that will allow SAA to continue operating in an orderly and safe manner and to keep planes and passengers flying under the direction of a business rescue partner," Gordhan said in the statement.