Including U.S. citizens returning to the country.

Ten months into the coronavirus pandemic, the U.S. will begin requiring all international travelers—including returning U.S. citizens—to show proof of a negative COVID-19 test in order to a board a flight to the country. The move will go into effect on January 26, according to a new order from the Centers for Disease Control and Prevention.

Travelers coming into the U.S. from international destinations will now need to get a viral test within three days of departure and share their negative results with their airline before a flight (antibody tests are not accepted). The CDC says that documentation showing that you've recovered from COVID-19 will also suffice for those who continue to test positive after recovery. Airlines will be in charge of verifying this documentation, and if you decide not to test or provide your results, â€œthe airline must deny boarding,â€ according the the CDC.

The CDC also recommends getting tested again three to five days after arriving in the U.S. and quarantining at home for seven days post-travel.

â€œTesting does not eliminate all risk, but when combined with a period of staying at home and everyday precautions like wearing masks and social distancing, it can make travel safer, healthier, and more responsible by reducing spread on planes, in airports, and at destinations," said CDC director Dr. Robert R. Redfield in the announcement.

First reported by the Wall Street Journal, the CDC's announcement on universal testing for travelers entering the U.S. expands the recent U.K.-specific passenger testing that was announced in late December in an effort to slow the spread of a more contagious variant of the virus. (The new strain has since been found in at least six states in the U.S.) Non-U.S. citizens and non-permanent residents coming from Europe, the U.K., and China will still be barred from entry, with or without a negative test. 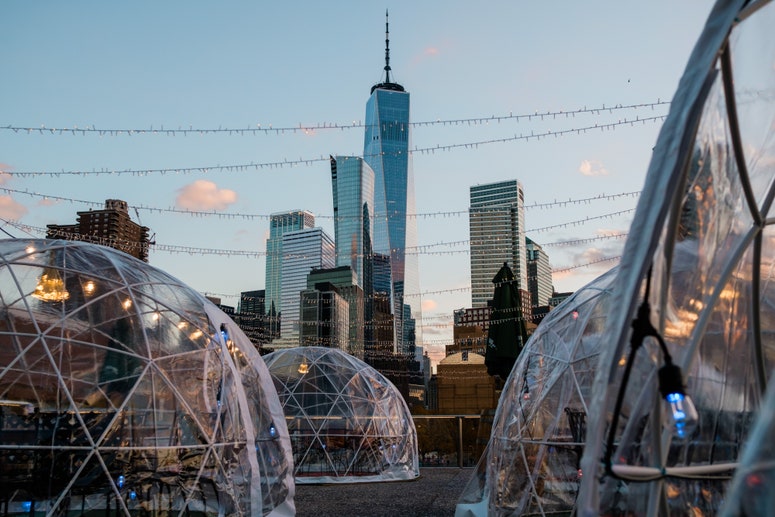 Earlier this month, Airlines for America, which represents all major U.S. airlines, urged the U.S. government to institute â€œa global program to require testing for travelers to the United States,â€ in lieu of the current travel restrictions for international travelers, Reuters reported. "We believe a well-planned program focused on increasing testing of travelers to the United States will further these objectives in a much more effective way than the blanket travel restrictions currently in place," Airlines for America stated in its letter.

This testing protocol has already been implemented by a few U.S. states for domestic travel, allowing for shortened quarantine times with a negative result ahead of flight. Hawaii requires negative COVID-19 results from a test taken with 72 hours of departure by an approved testing partner, and some islands require additional testing on arrival, while travelers to Alaska must arrive with proof of a negative COVID-19 test taken within 72 hours of departure. New York now requires travelers to test within three days of departing for New York and quarantine for three days upon arrival before taking a second test. The CDC's announcement makes this the first country-wide testing policy for international travelers in the U.S.