UK businesses reported a fall in confidence this month, down by three points to 25%, as inflation and cost of living worries drove sentiment.

According to the latest Lloyds Bank (LLOY.L) business barometer, the reading put confidence below the long-term average of 28% for the first time since March 2021, when the economy emerged from the second COVID wave.

More than half (54%) of British firms surveyed were most concerned about inflation, after it reached its highest level in 40 years in the year to June, at 9.4%.

The next biggest worries were an economic slowdown (38%) and tightening labour markets (25%).

Although businesses maintain an overall positive view on the economy, it has decreased in recent months as economic uncertainties have gained momentum, with economic optimism remaining positive but dropping by 10 points to 12%.

Despite the more challenging outlook, businesses’ assessment of their own trading prospects remained relatively resilient this month, with the net balance for trading prospects for July up three points to 37%.

The data also showed that the proportion of firms expecting to raise their prices in the coming year increased to match the record high of 58% from April this year — up two points on last month. Meanwhile, an unchanged 5% of companies planned to lower their prices.

The majority (66%) of firms said inflation was having a negative impact, suggesting that they have been able to pass on some, but not all, of their rising costs to their customers. This compared with only 9% of businesses indicating it was having a positive impact.

Businesses reported a pickup in their expectations for wage growth in the year ahead, with 17% of firms expecting average pay growth of 4% or more for their employees, an all-time high.

In contrast, the share anticipating pay growth below 2%, including pay freezes, fell to a four-month low. 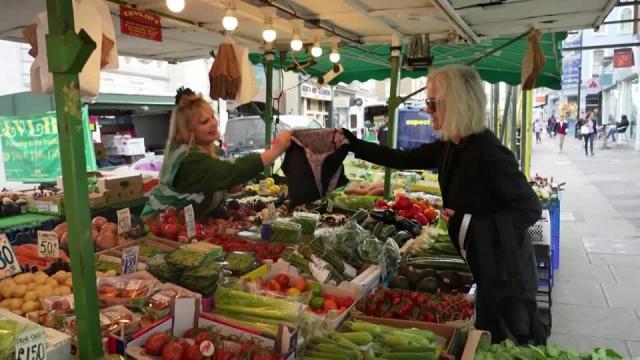 “Despite this, firms’ assessment of their own trading prospects showed some resilience in the face of a challenging environment. Meanwhile, price pressures have shown no clear signs of a downward trend and there appears little sign yet that wage pressures are abating.”

On a regional level confidence increased in four of the UK’s 12 regions and nations this month, up from one last month.

Lloyds revealed rises in the east of England, the West Midlands, Wales, and the north east. These regions were all well above the UK average of 28% and in the top five of the most confident UK regions. Confidence in London was unchanged at 35%.

The remaining seven registered lower confidence, with the biggest decline in the north west.

Business confidence also declined across all four of the sectors, reflecting lower optimism about the economy.

Confidence within manufacturing declined the most this month, with firms citing moderating trading prospects and a notable drop in economic optimism, but also issues with inflation and supply bottlenecks.

There were small falls in confidence for construction, retail and services.

Paul Gordon, managing director for SME and mid corporates, said: “With economic pressures gaining momentum, this is undoubtedly a challenging time for businesses.

“Naturally, concerns around an economic slowdown continue to bear down and it is important that firms keep a tight rein on input costs where they can and a close watch on profit margins in what are already tough conditions.

“As many businesses feel the strain, they should look to lean on their support networks, including their banks to help them structure their finances to make sure they are in the best position possible for the months ahead. At Lloyds we remain by the side of businesses to deliver that support.”