Central banks in sub-Saharan Africa, already missing out on the global monetary-easing parade, just got one more reason to stay on the sidelines.

Monetary authorities in key economies in the region will likely decide to hold interest rates when they meet in the next 10 days. The devastating Sept. 14 attack on Saudi Arabia’s oil infrastructure could increase pressure on fuel prices and inflation, adding to worries on global market volatility, trade tensions and domestic budget constraints.

African central banks will also “play it on the safe side and keep rates on hold” amid new developments in U.S.-China trade relations and geopolitical tensions after the drone strike on Saudi oil facilities at the weekend, he said.

Here’s a round-up of what central bankers may discuss in the next week-and-a-half: 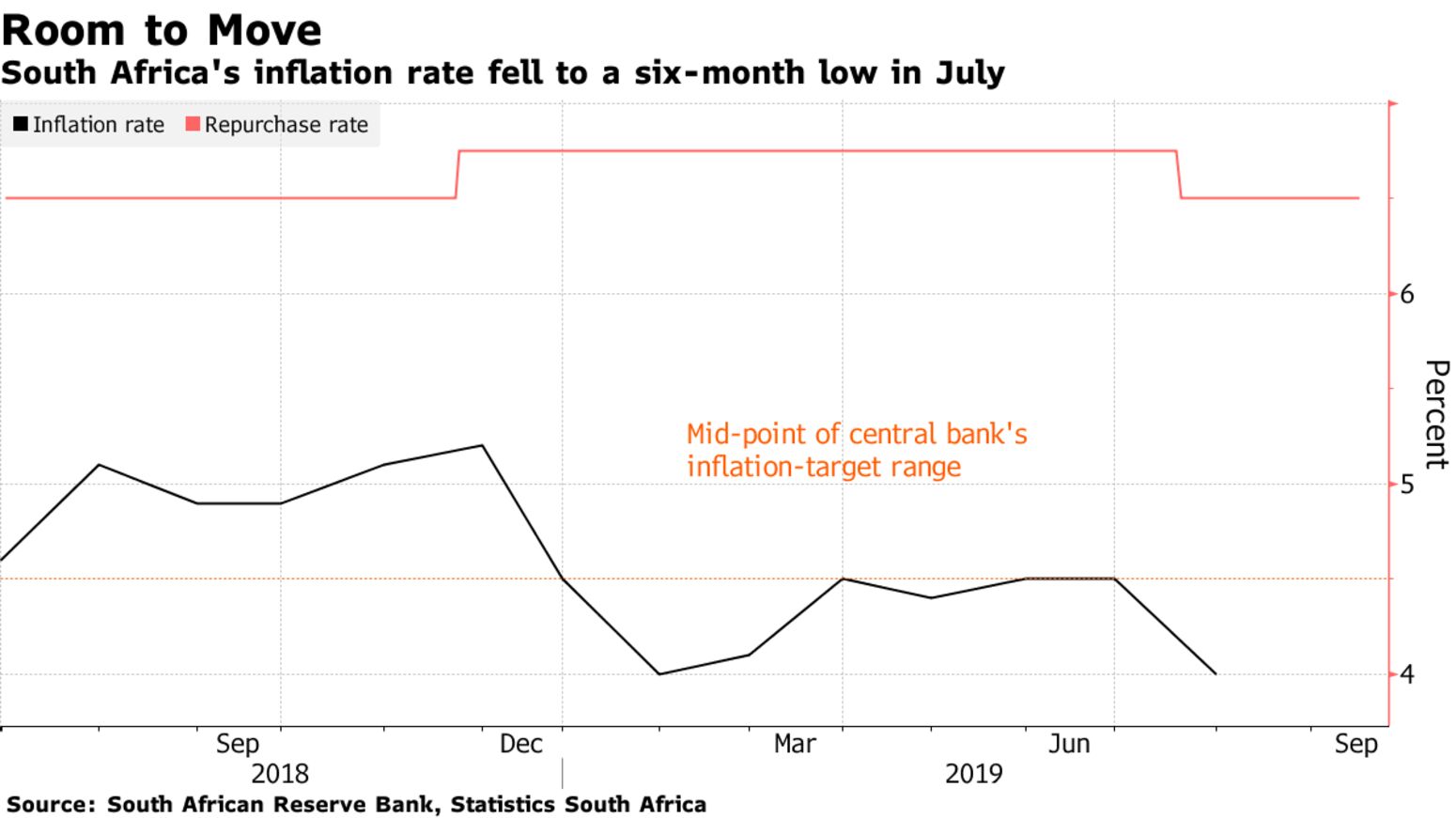 Chances of the MPC following up July’s cut with another dropped this week as oil prices surged. The country imports about 40% of the crude it consumes from Saudi Arabia, according to Societe Generale, and fuel prices have been one of the biggest drivers of inflation. Forward-rate agreements, used to speculate on borrowing costs, climbed on Monday after news of the attack.

“The Reserve Bank would not want to cut rates too far too soon if they’re not sure that on the fiscal side Treasury is going to do some cutbacks” to contain the deficit, Els said. Finance Minister Tito Mboweni is due to deliver the medium-term budget policy statement in late October.

Ghana’s central bank has space to loosen policy thanks to the global move toward lower rates, as long as price growth slows, Governor Ernest Addison said this month. While price growth has remained within the central bank’s target of 6% to 10% since April last year, it has been edging upwards since January and that, together with uncertainty over the nation’s fiscal performance, mean the central bank is unlikely to consider easing now, said Courage Boti, an Accra-based economist at Databank Group.

Higher taxes on communication services and petroleum, a 10% rise in transport costs and an increase in oil prices will put pressure on inflation in the fourth quarter, he said. 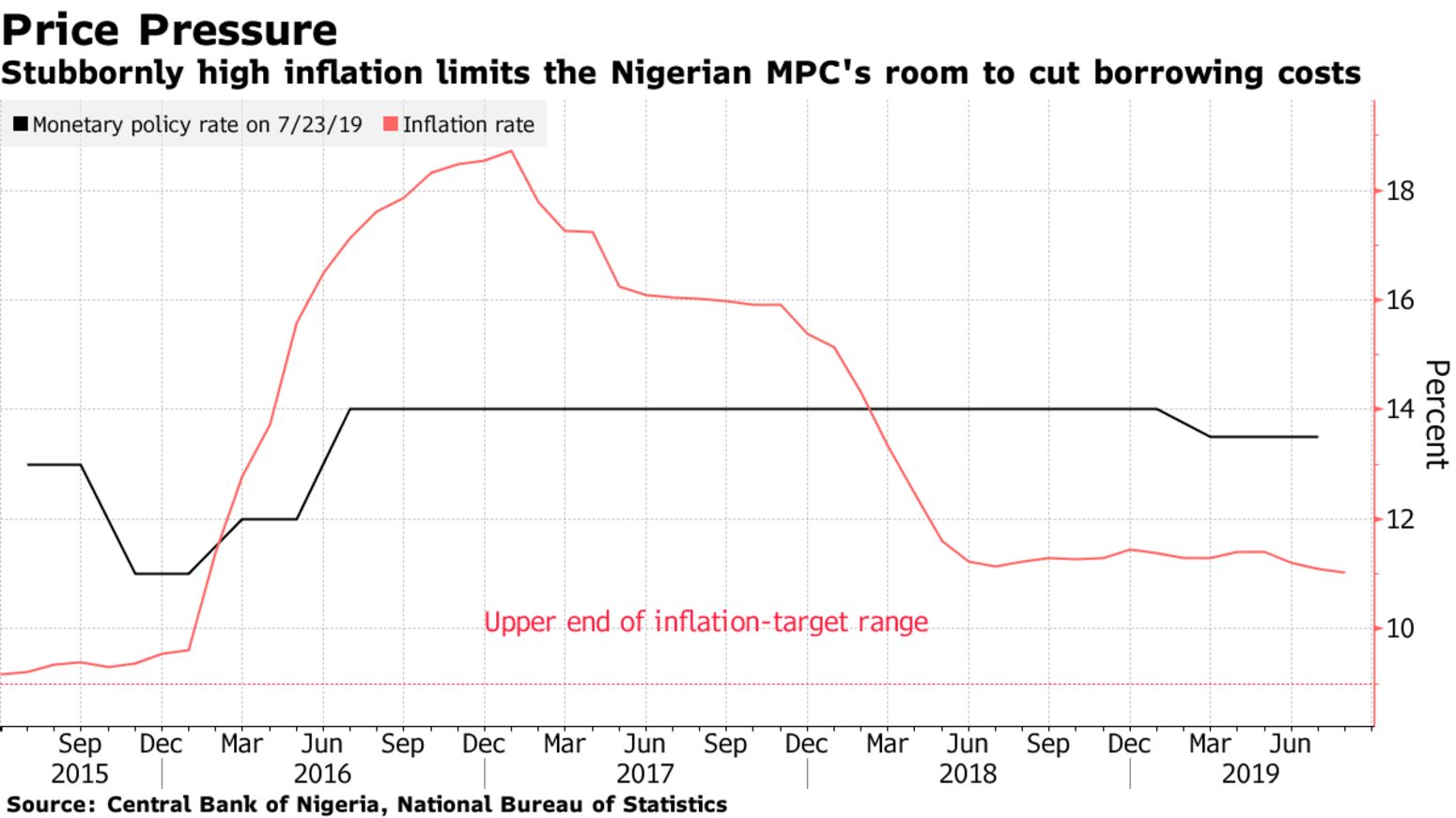 Inflation in Africa’s largest oil producer slowed to a 43-month low in August, but remained above the target range, where it’s been for more than four years. That and an economy that’s still struggling to recover from a contraction in 2016 complicates the task of the central bank.

With limited scope to ease policy, the central bank has started forcing lenders, through regulations and penalties, to give out more credit in an attempt to stimulate growth. The MPC is likely to wait to see the effect of a directive increasing banks’ loan-to-deposit ratios, that comes into force at the end of this month, before acting, said Cheta Nwanze, an analyst at Lagos-based business advisory service SBM Intelligence.

The central bank on Tuesday changed the date of its rates announcement to Sept. 20 from Sept. 24.

Uncertainty about whether a law that limits the interest rate lenders can charge will be retained means the Kenyan central bank will probably hold its benchmark rate for the seventh straight meeting. While a court has annulled the law on interest-rate caps, which Governor Patrick Njoroge says complicates monetary-policy transmission, the implementation of the judgment was suspended for 12 months and lawmakers are debating retaining the limitations.

The MPC is likely to keep the benchmark rate at 9% while keeping an eye on the rate-cap law, said Jibran Qureishi, Stanbic Holdings Plc’s regional economist for East Africa based in Nairobi. “I think they will choose to be cautious because there are transmission concerns. Any reforms on the rate caps may embolden them to do more.” 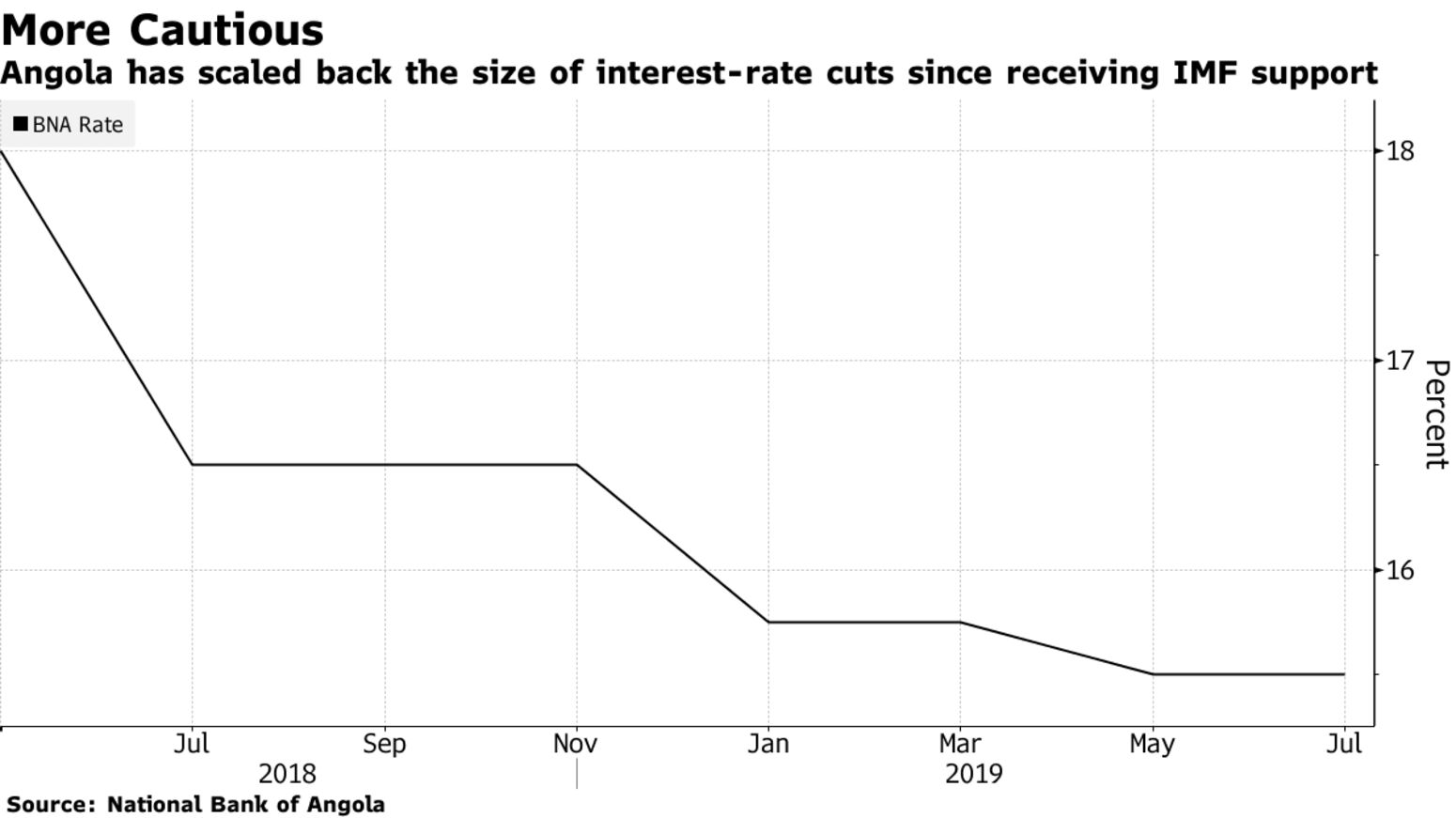 Angola’s central bank will probably leave the benchmark rate unchanged due to pressure on the kwanza and limited foreign-exchange supply, De Hart said. Angola entered into a three-year $3.7 billion program with the International Monetary Fund in December. The lender suggested tighter monetary policy in its June review of the program.

“The U.S. Fed’s communication about its policy direction is likely to to be more important for African central banks than its actual rates decision, with a 25 basis-point cut expected by the Bloomberg consensus. Signs of continued Fed easing raises the likelihood that African central banks will continue their rate cutting going into 2020, but I only expect the Bank of Ghana to move in September. Central banks will likely view the sharp increase in the oil price following the attacks in Saudi Arabia as temporary. Lower oil prices are likely to make monetary policy makers in Angola and Nigeria more wary of cutting rates due to exchange-rate pressures.”

(Updates with new date of Nigeria announcement in section about Nigeria)