Finance ministers and central bankers from around the globe gave momentum to the idea of fiscal stimulus as the way to revive a sagging world economy. But there was little agreement on how to do so.

A synchronized slowdown across almost 90% of the world economy dominated talks at the International Monetary Fund and World Bank’s annual meetings in Washington -- where officials and investors gathered the past week. Intensifying downside risks like trade conflicts were also a major topic of discussion. 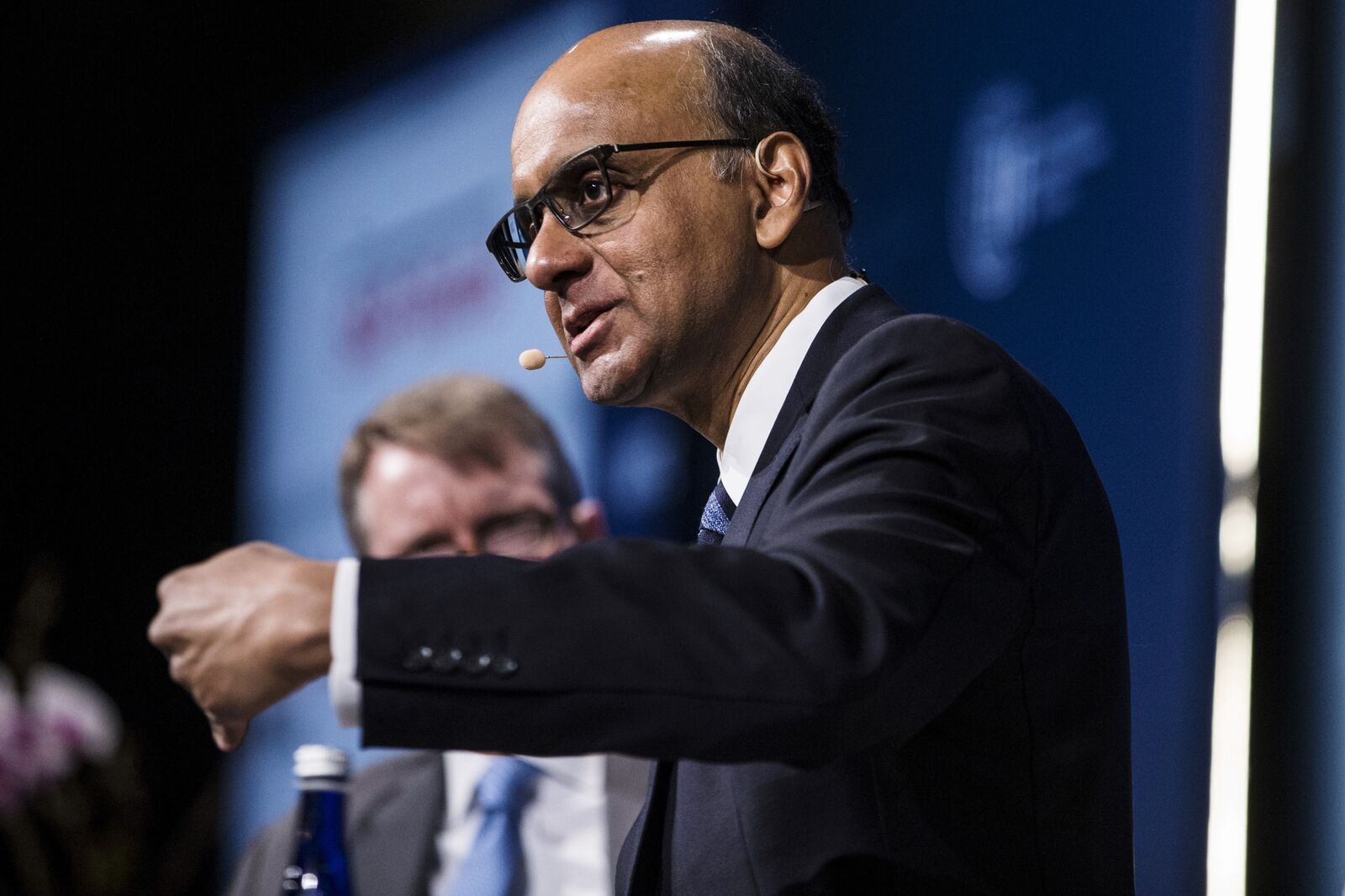 The warnings were loud and clear. Tharman Shanmugaratnam, senior minister in Singapore’s government, warned of “profound uncertainty” and of

With central bankers low on ammunition, the IMF said there is little room for policy error.

Here are some key things we learned, on national budgets and trade deals to digital currencies and climate change:

government spending along with monetary policy and structural reforms to juice growth was a main theme of the meetings. IMF chief Kristalina Georgieva -- only days into the job -- even used her predecessor, the incoming European Central Bank chief, as a kind of prop.

“Slower growth requires that monetary policy remains supportive, but we all recognize that it cannot do the job alone, even Christine Lagarde cannot on her own solve the problems that lay on the path of slow growth -- even her,” she said, gesturing to the former French finance minister in the crowd. “Fiscal policy must play a more active role.”

Some governments were more receptive to the message than others. U.S. Treasury Secretary Steven Mnuchin said all tools, including fiscal policy, need to be used as space for monetary easing diminishes. Japanese Finance Minister Taro Aso said the government has fiscal options.

Still, not everyone saw the urgency. In Bloomberg Television

This is a modal window.

Beginning of dialog window. Escape will cancel and close the window.

Reset restore all settings to the default valuesDone 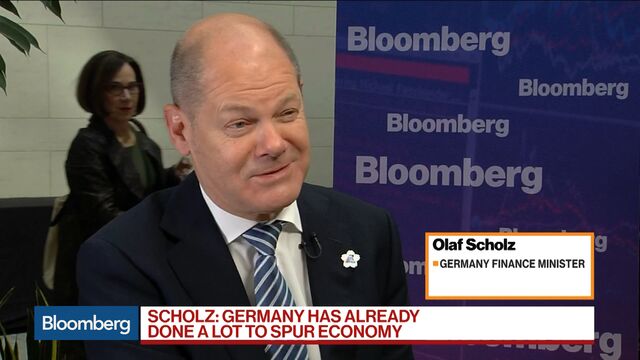 Central banks aren’t maxed out, but they are close to it. Delegate after delegate warned on everything from the side effects of negative interest rates to the diminishing returns on lowering interest rates.

That means fiscal authorities will need to pick up the growth baton, probably with some coordination with their central bank colleagues.

But that stance didn’t translate to an endorsement of Modern Monetary Theory.

Stanley Fischer, a former Fed vice chairman, said there’s a “kernel of truth” with MMT though the fundamental flaw is that printing more money, while keeping inflation under control, can’t last forever.

“The coordination of fiscal and monetary policy is fine but MMT takes it way too far,” said Bill Dudley, the former New York Fed president now at Princeton University.

Art of the Deal?

Even with a recent breakthrough on the U.S.-China trade conflict and the potential for a Brexit agreement, officials are worried that they’re not out of the woods yet.

“The issue is not just the tariffs, the issue is do we have predictability for trade in the future,” Georgieva said.

accord announced earlier this month, and morecomplications are emerging from the long-running Brexit saga.

“There’s been a lot of optimism about the trade deal and Brexit deal, but people are also realizing how fragile they are,” Megan Greene, an economist and senior fellow at Harvard’s Kennedy School of Government, said in an interview.

It wasn’t all doom and gloom though. World Bank President David Malpass said resolving trade and Brexit uncertainty could avoid a worst-case outlook.

“There are possibilities for improvement in the outlook into 2020,” he 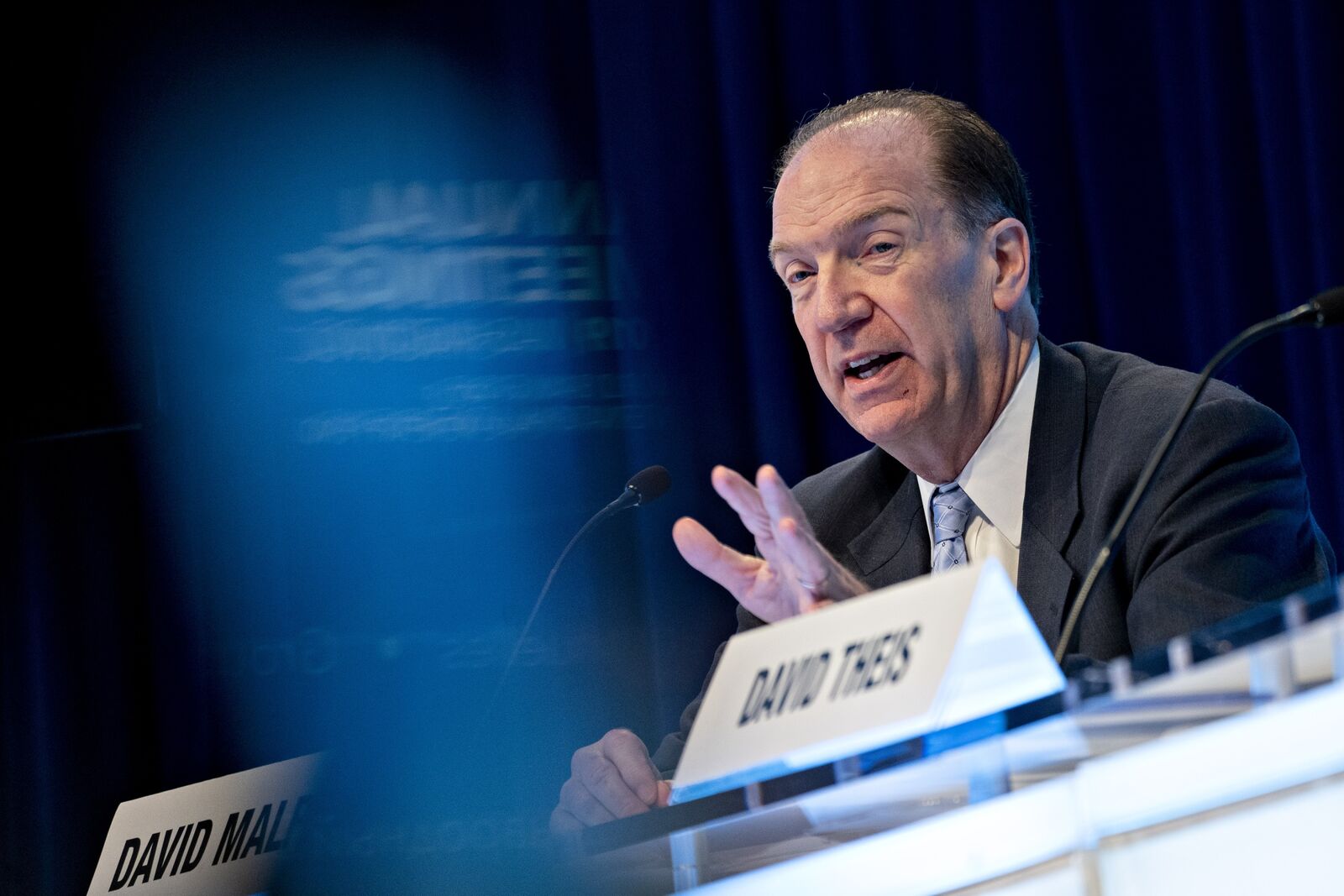 Central bankers also took aim at new technology that may loosen their grip on the world’s economic levers.

The Group of 20, meeting concurrently, said stablecoin regulations must be in place to address risks before digital currencies are issued,

Bank of Japan Governor Haruhiko Kuroda told reporters that global circulation of stablecoins “could affect the stability of monetary policy and financial system.”

“My institution has made it possible for the public to hold and spend money for 350 years,” he said. “Now we’re in a conversation whether they’ll allow that to disappear, and at the end of the day that will need political judgment. It’s not for central bankers to decide.”

Speaking from the tech-industry’s perspective, David Marcus, who oversees Facebook’s digital currency initiative called Libra, said the company is fully committed to working with regulators to address any concerns such as privacy considerations and that it welcomes competition to lower costs, expand access to financial services and facilitate cross-border payments.

“The train is leaving the station," Marcus said on a Sunday panel of the development of cryptocurrencies. “Together we can make sure the right kind of train is arriving.”

Policy chiefs put an even bigger spotlight on the threat posed by the warming planet, issuing their most emphatic statement yet.

Countries must adopt carbon pricing or similar programs such as emissions trading and regulations, plus reform tax systems to ease burdens on poorer people and make such initiatives politically acceptable, the IMF said.

Georgieva said the IMF is prioritizing helping countries cut emissions and be more climate resistant, underscoring the high price for not acting. Carbon taxes can be powerful tools, she said in a speech, “but the key here is to change tax systems, not simply add a new tax.”