Six Tourist Spots in Saudi Arabia That Will Surprise You - BLOOMBERG 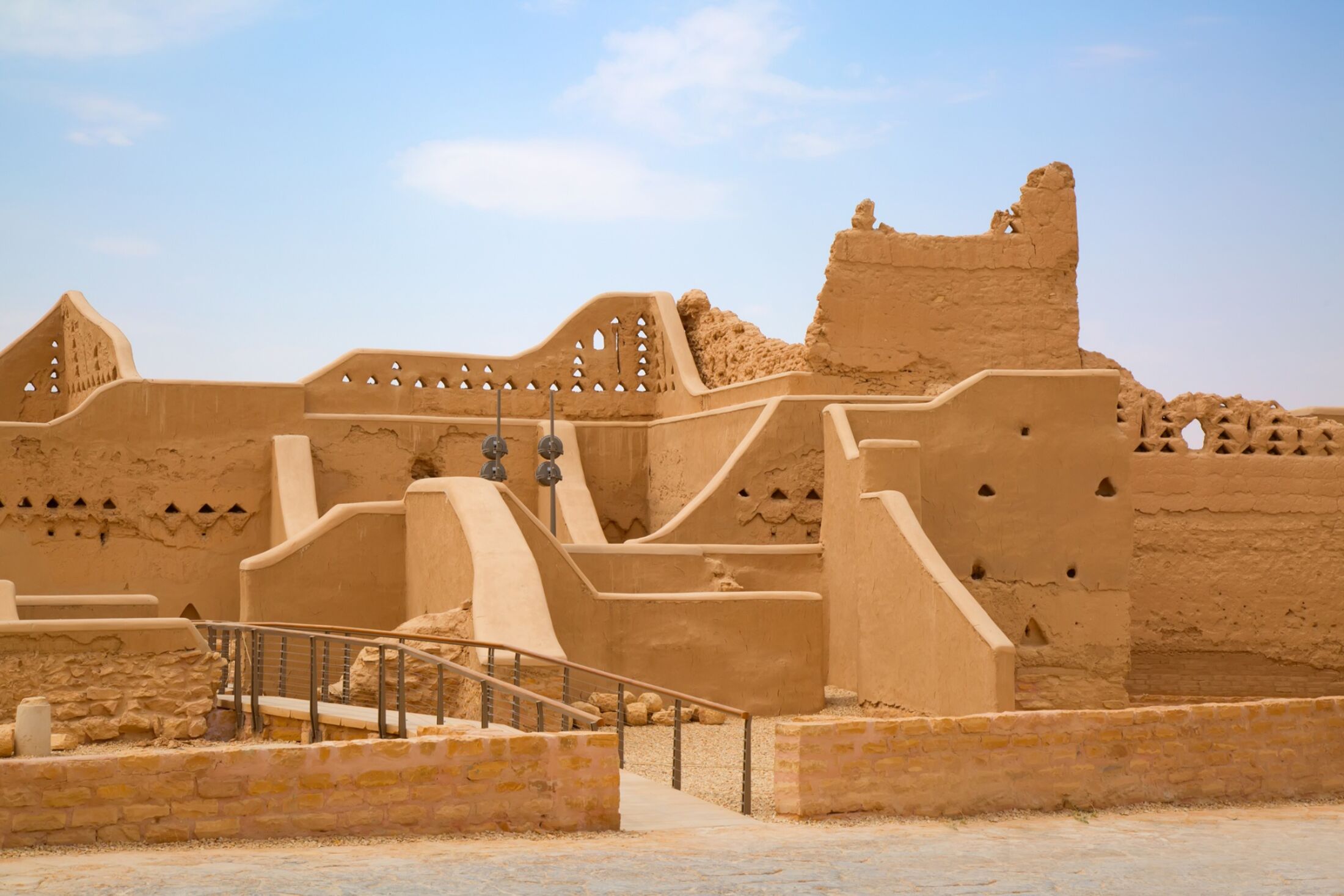 The old city of Diriyah near Riyadh.

Tourists are now welcome in Saudi Arabia, but should you visit?

The conservative Islamic kingdom bans alcohol and detains domestic critics, and only recently allowed couples to share a room without proving they’re married -- provided they’re foreign visitors. But for those who are curious and willing to put up with a shortage of good hotels outside the main cities, it offers ancient ruins that rival Jordan’s and a rich and varied culture that defies stereotypes. Here are six spots to head for if you do make it. 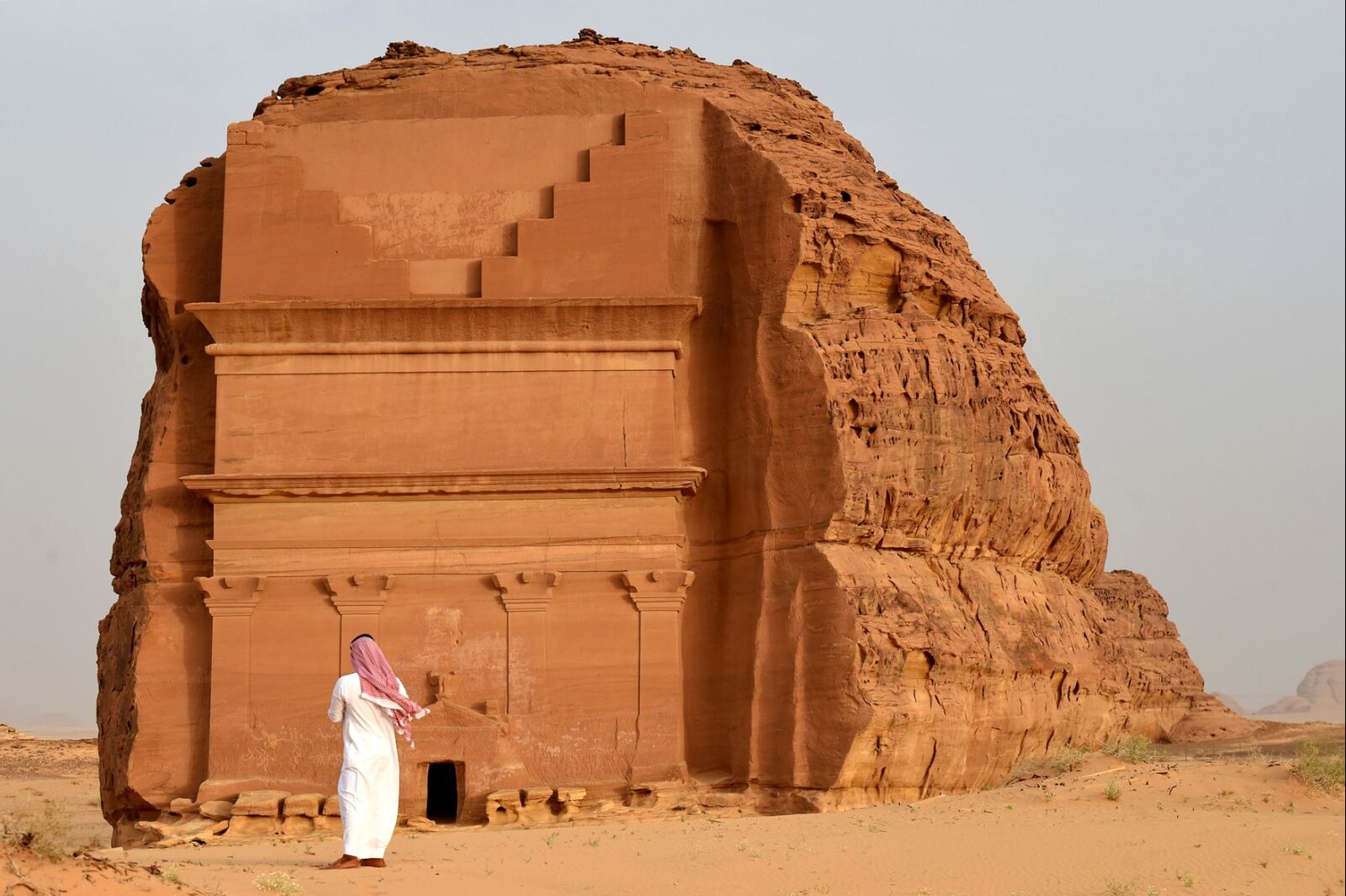 The Qasr Farid Nabataean tomb at the Mada’in Saleh archaeological site in Al-Ula.

Al Ula is the best-known destination in Saudi Arabia for a reason. The stunning area in the kingdom’s northwest is scattered with golden rock formations, lush citrus farms and the remains of several ancient kingdoms. The most famous ruins, Mada’in Saleh, contain clusters of 2,000-year-old Nabatean tombs. Think of Jordan’s Petra, minus the crowds.

There’s one catch: The ruins are closed until the end of 2020 for a project preparing them to receive a bigger flow of tourists. However, they’ll be partially accessible from December until March for tourists attending the government’s Winter At Tantora

festival, which brings a series of concerts and pop-up restaurants to the area. 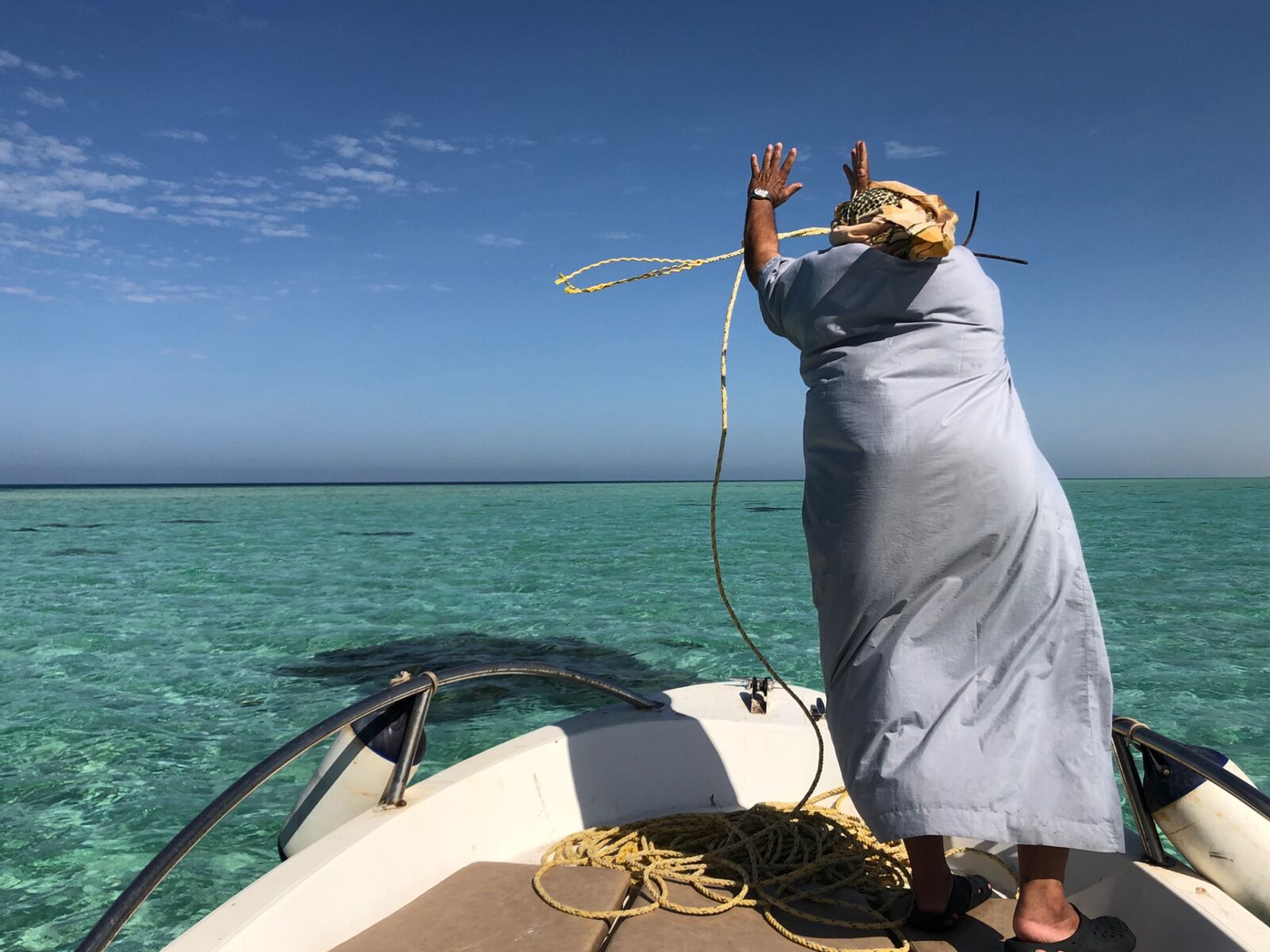 The waters off Umluj - the ’Maldives’.

The pristine islands dotted in the Red Sea near the towns of Umluj and Al Wajh are also partially off-limits as the government plans a tourism development called the Red Sea Project. But the shallow turquoise water and coral reefs around the islands are fair game, and it’s well worth hiring one of the local boatmen to explore what they call their version of the Maldives. In the winter, dolphins can be spotted.

Infrastructure in the area is simple, but the local hospitality is second to none, as is the fresh fish. Book a tour if you’re on the less adventurous side, and bring diving or snorkeling gear with you. For women traveling alone, it’s worth noting that the kingdom’s efforts to loosen social restrictions -- like allowing women to drive and travel abroad without the permission of a male guardian -- are not without hiccups. On a recent trip, the coast guard told a female reporter that she couldn’t go out on a boat without a male relative, then quickly assented after checking with a supervisor. Female tourists are expected to dress modestly, but it’s not uncommon for visitors to wear bikinis once they’re out on the water. 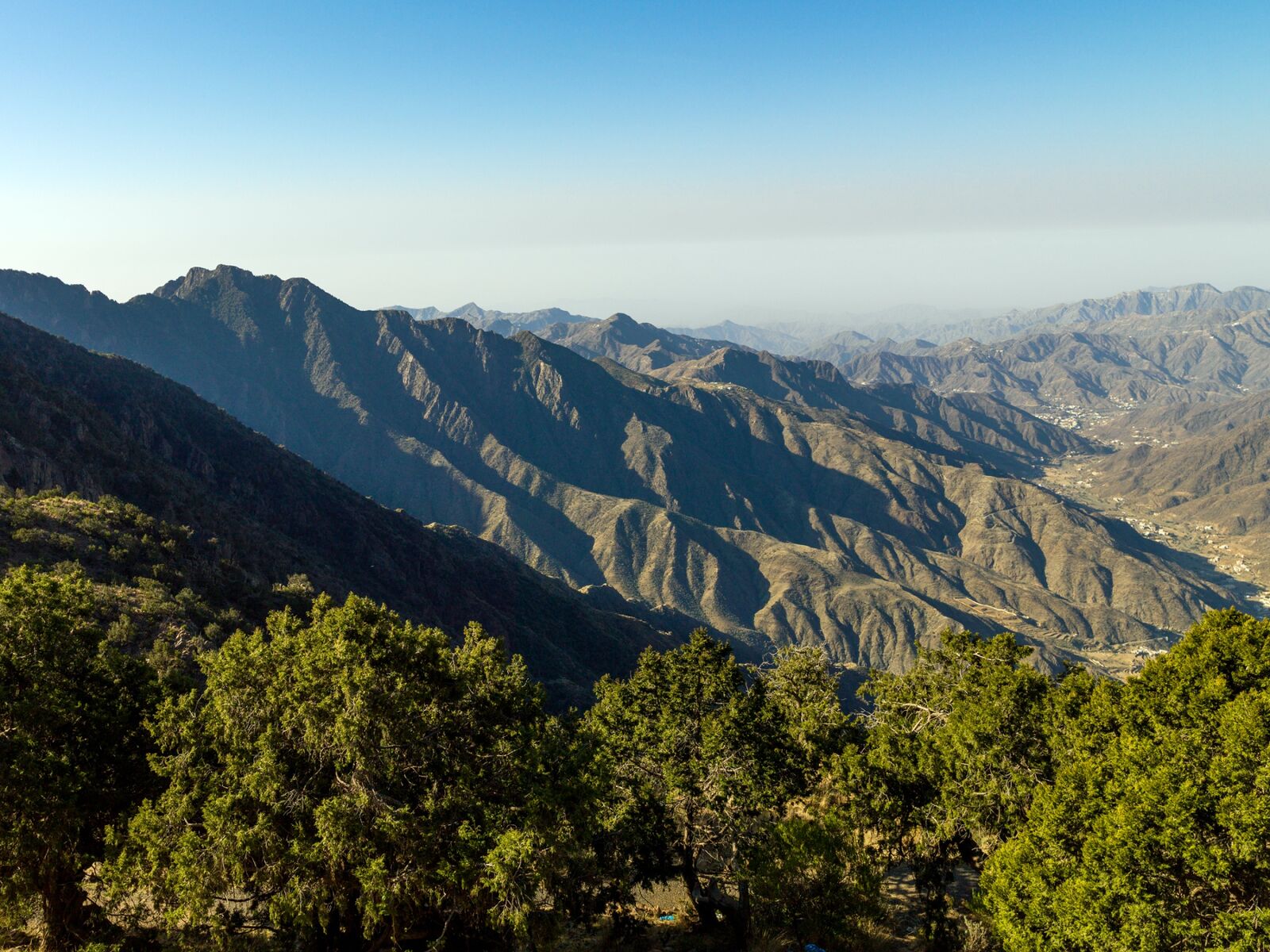 Saudi Arabia’s southern region of Asir is a world away from the dusty capital of Riyadh. Summer rainstorms bring greenery to dramatic mountain viewpoints and local men wear fragrant crowns of flowers in their hair. Popular activities include hiking and touring the historic village of Rijal Alma.

Visitors should check the security situation before going. The main city of the region, Abha, is about 115 kilometers (71 miles) from the Yemeni border, where a Saudi-led coalition is waging war against Yemen’s Houthi rebels. Saudis and foreign residents have been killed and wounded during Houthi drone attacks on Abha’s airport. However a recent festival in the region drew crowds of domestic and foreign tourists, largely without incident.

4. Edge of the world 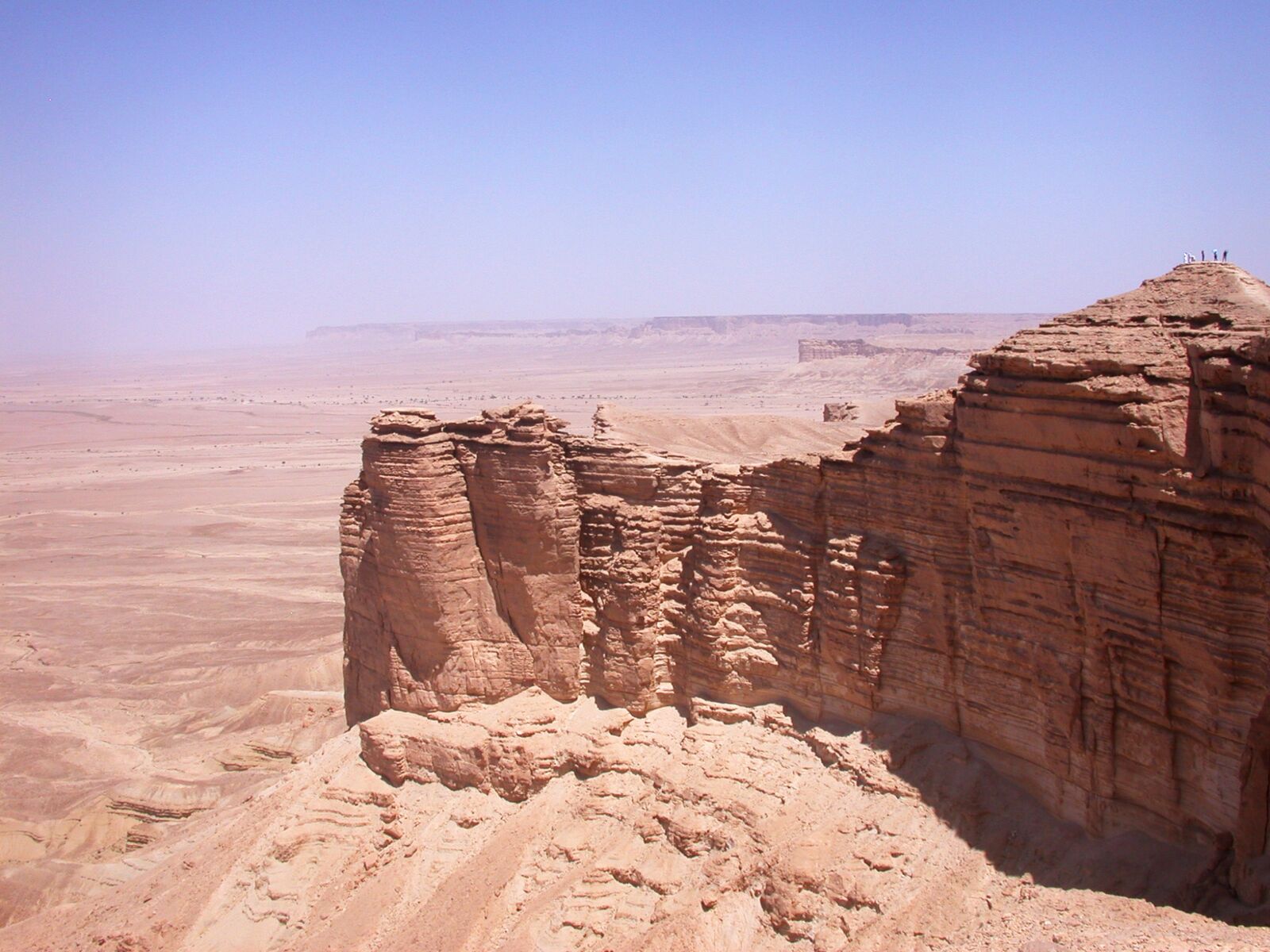 The “Edge of the World” site northwest of Riyadh.

Many travelers speed through Riyadh, a beige urban sprawl that’s choked with congestion. But the capital has plenty of cultural sites to explore, from the bustling traditional markets of Taiba and Souq Al Zal to the recently renovated historic area of Diriyah, ancestral home of the ruling Al Saud family.

Beyond that, Riyadh is worth a stop just to see “Edge of the World,” the towering plateau two hours from the city that’s a favorite weekend hiking spot for residents. The views stretch endlessly in every direction and the silence is awe-inspiring.

5. Land of the future 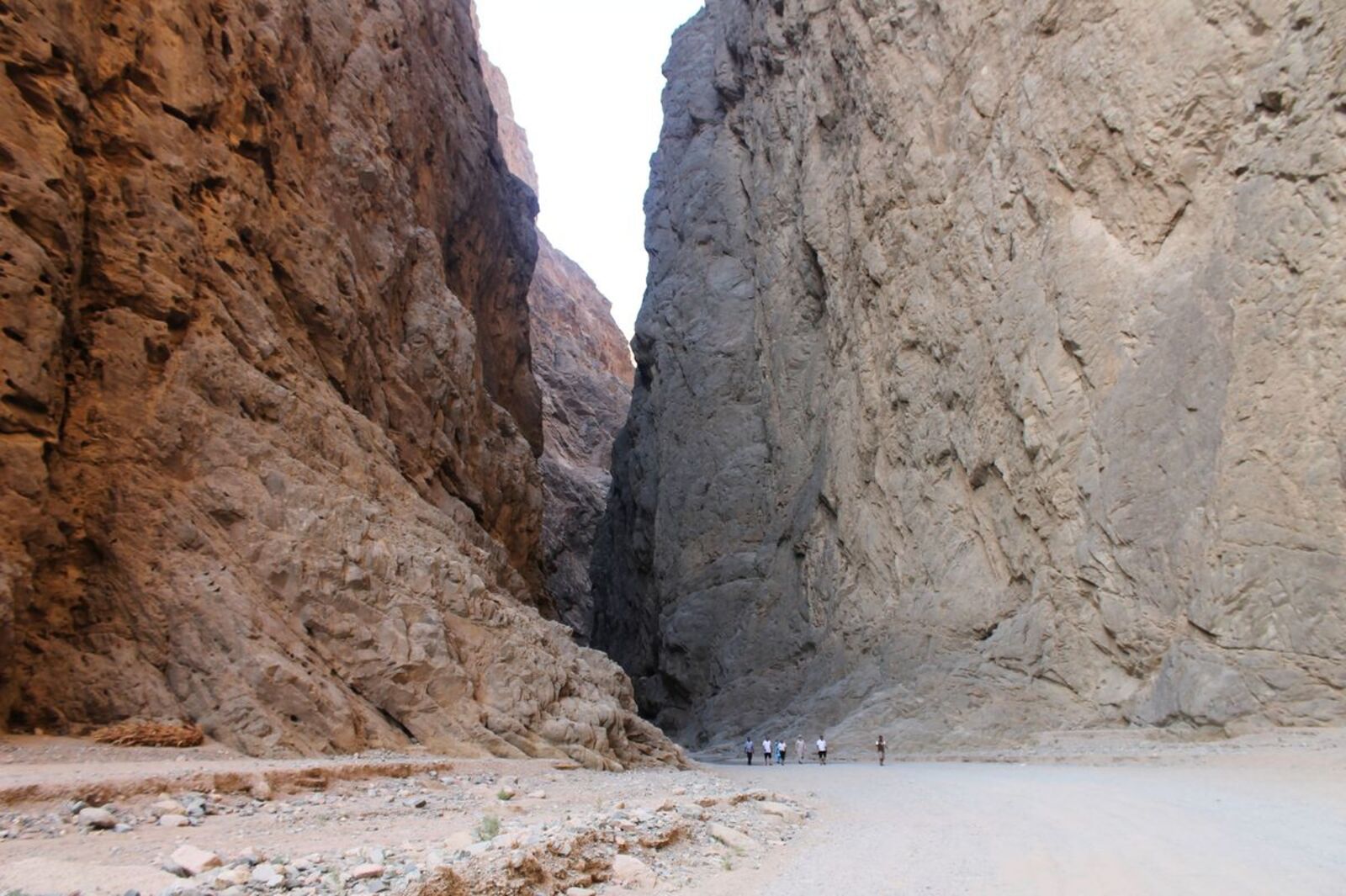 The canyon of Wadi Tayyib Al-Ism is part of the area that will become Neom.

Crown Prince Mohammed bin Salman wants to turn the northwestern corner of his kingdom into a $500 billion futuristic mega-project called “Neom.” Analysts and investors are skeptical about its viability, but the area -- part of the region of Tabuk -- is full of natural wonders beloved by domestic tourists, and officials are hatching plans to cater to adventure-lovers.

Among the sites worth visiting is Wadi Tayib Ism, a narrow valley between two cliffs where local residents believe Moses landed when he crossed over the sea from Egypt. The area also boasts excellent Red Sea diving. The towns are rudimentary and hotel and restaurant options are limited, though residents are welcoming to visitors.

Saudi Arabia’s Al Ahsa oasis is an excellent place to explore the kingdom’s culture, which varies from region to region. Located in the east -- a quick train ride or flight from Riyadh -- the area’s urban center is called Hofuf. Use it as a base to explore sites like the Al Qarrah caves, which stay cool in the summer, and the Qasariah souq.