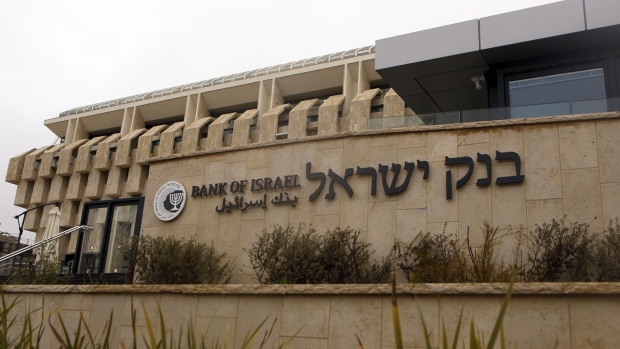 A voting member of the Bank of Israel’s monetary committee stepped down, saying the country’s democracy is in danger, marking one of the highest-profile departures since Prime Minister Benjamin Netanyahu began his push to change the judicial system.

Moshe Hazan, an economics professor who spent more than five years on the rate-setting panel, sent Netanyahu his resignation note late Sunday. He said he was leaving to become more involved in “public-political activity,” according to a statement from the central bank. Hazan couldn’t be immediately reached for comment.

Netanyahu’s right-wing government, sworn in last month, has pledged to give politicians greater influence over the appointment of High Court justices and to limit the institution’s oversight of the legislature. Critics, including investors and leaders of Israel’s powerful technology sector, have expressed concern that such steps would threaten the country’s liberal democracy and business-friendly environment.

In an interview with the financial daily Calcalist, Hazan said Israel doesn’t “want to become a banana republic” and interest-rate decisions seem trivial at a time like this.

“The steps the government is expected to take, if they are approved, will do great damage to the independence of both the justice system and the civil service, and, in the future, to democracy and to the Israeli economy,” he said.

Over the past month, tens of thousands of Israelis — from retired military officers to teachers and opposition politicians — have participated in mass demonstrations to protest the potential weakening of the judiciary’s power.

Others may follow suit, said Jonathan Spyer, director of research at the Middle East Forum think tank. “Hazan’s resignation is, of course, more significant than that of Hoffman, because Hoffman was a political employee associated with Yesh Atid,” a ruling faction in the previous government, he said.

“Hazan’s resignation goes together with the expressions of concern by former bank governors Karnit Flug and Yaacov Frenkel over the possible economic impact of current events,” he added.

In a separate move, former prime Minister Yair Lapid informed the Parliament that he had petitioned the president to form an independent committee “to offer a balanced and reasonable recommendation to improve the judicial system and find the proper balance between the legislative and judicial branches.”

Israel has no constitution and the Supreme Court rules on legislation based on the country’s basic laws. Conservatives have long complained the justices are overstepping their legitimate authority. Yet the remedy the current government is proposing has others worried that it goes too far.

Hazan is leaving the six-member monetary committee as the Bank of Israel nears the end of its longest cycle of rate hikes in decades, with inflation still at the highest since 2008.

Governor Amir Yaron has already warned that political interference could compromise the independence of the central bank, cautioning lawmakers in November over decisions he said might be a risk for Israel’s business and legal environment. The governor serves as an economic adviser to the government.

Hazan told Calcalist that he wanted to take part in public debate and that shaping decisions “from the inside” was no longer enough. Besides his position at the central bank, Hazan teaches at Tel Aviv University and has other academic roles.

“It’s important now that people influence from the outside,” he said. “Twenty-five basis points up or down in the interest rate is less important at the moment. What’s important is that people understand that we may reach a point where no one follows the rules.”