As inflation soars to more than five times the Bank of England’s (BoE) 2% target, experts warn that the central bank will be forced to raise interest rates again, with another 0.5% rate hike expected next month.

In a further blow to households dealing with higher borrowing costs, a Reuters poll found 30 of 51 economists expect rates to jump from 1.75% to 2.25% in September.

Debapratim De, senior economist at Deloitte, said: “With inflation above 10% and widely expected to rise further as energy bills increase, base interest rates look fairly low at 1.75%. We expect swift action from the BoE with the base rate potentially doubling by this time next year.”

UK inflation climbed to 10.1% in the 12 months to July as the cost of living crisis continues to squeeze household finances.

This is up from 9.4% in June — and means Consumer Prices Index (CPI) inflation is now five times higher than the BoE target of 2%. The BoE expects inflation to top out at 13.3% in October.

Compared to other peer economies — France, Italy, Germany and the US — the UK has now recorded the highest rate of harmonised inflation and is the only advanced economy in double digits.

Jake Finney, economist at PwC, said: "UK consumer price inflation increased to 10.1% in July, reaching double digits for the first time since 1982. As this is slightly higher than the BoE’s expectation of 9.9%, we expect today’s CPI data to add to existing pressure for the Bank to act more decisively, perhaps by increasing its headline policy rate by 50 basis points in its next meeting in September."

Official figures last week showed the economy contracted by 0.1% in the second quarter of the year. A further decline in the third quarter would mean the UK is in recession.

Ruth Gregory, senior UK economist at Capital Economics, said: “While inflation in the US may now have reached a peak, we still think that CPI inflation in the UK will rise to at least 12.5% in October and that the BoE will raise interest rates from 1.75% now to 3.00%, even when the economy is in recession. That remains a higher forecast than the peak of 2.55% envisaged by the consensus of analysts.”

Richard Carter, head of fixed interest research at Quilter Cheviot, predicted that the BoE will likely respond at its next monetary policy meeting with yet another 50 basis point interest rate hike in a bid to combat inflation, and said there is no doubt that the cost of living crisis is going to get worse before it gets better.

“As such, there will no doubt be a lot of pressure on the next prime minister to help soften the blow and the Bank of England will continue to have a very difficult job on its hands,” he added.

Watch: What is a recession and how do we spot one?

What is a recession and how do we spot one?

a country enters a   recession typically 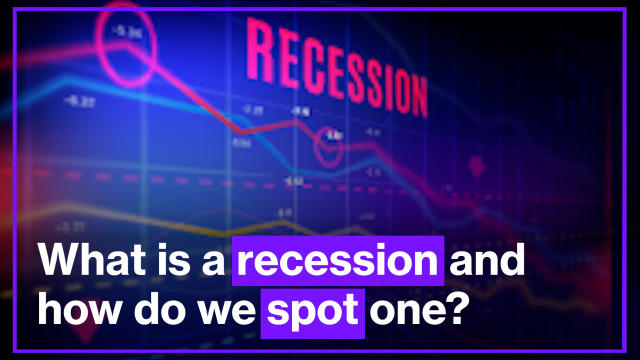 “Rising inflation is really putting the squeeze on real wages, even with strong wage growth. And with the increase in energy bills coming in October, it’s only set to get worse.

“To avoid a large hit to consumers, significant further fiscal stimulus would be required beyond what is currently being proposed by either candidate to be the next prime minister.

“However, if enough stimulus is provided to largely offset the hit to consumers, then the BoE may well feel the need to continue raising interest rates. This could then pose a risk to consumption and the housing market via higher mortgage costs.

“So unless wage growth and hence underlying inflationary pressures moderate on their own without a rise in unemployment, UK policymakers are stuck between a rock and a hard place.”

Real wages in the UK fell by an annual 3% in the second quarter of 2022, according to ONS data published Tuesday, the sharpest decline on record, adding even more pressure on the BoE to act.

The BoE has implemented six consecutive hikes to interest rates as it looks to rein in inflation, and earlier this month launched its largest single increase since 1995 while projecting that the UK will enter its longest recession since the global financial crisis in the fourth quarter of the year.

Adrian Lowery, financial analyst at UK wealth manager Evelyn Partners, added: “With inflation, bad news is bad news, and this reading makes another 0.5% base rate hike a consideration for the BoE at its next monetary policy committee on 15 September. The increasing cost of servicing mortgage debt is inflicting something of a double-whammy for homeowners, and particularly those with larger loans that are coming up for renegotiation in the coming year.

“The raised possibility of an increase in Bank Rate to 2.25% next month should really focus the minds of borrowers who can take steps to try and lock in at rates that are on the market now. Some lenders will be considering withdrawing their best rates after this inflation data, to get ahead of the BoE curve, as no bank or building society wants to be left offering the best deals on the market, which risks them getting flooded with applications — in a sort of ‘devil takes the hindmost’ game.”

Susannah Streeter, senior investment and markets analyst at Hargreaves Lansdown, said policymakers are in a jam: “Inflation has now hit double digits, a painful financial milestone but the worst is yet to come.

“At 10.1% this is the highest peak for inflation since February 1982 when The Jam were at the top of the charts with A Town called Malice. Right now the BoE finds itself in a sticky situation, with little option but to keep raising interest rates to try and lower demand in the economy.

“Policymakers are in a jam because they know full well that this monetary policy squeeze risks pushing the UK economy into recession, if it isn’t there already. This boiling temperature will mean policymakers won’t easily be able to turn down the heat on those rate rises given their stated determination to put a lid on inflation and bring it back to its 2% target.”

Mike Owens, global sales trader at Saxo Markets, said that the fact that the pound spiked against the dollar only cemented expectations of a half-point rate hike from the BoE next month.

“The immediate market reaction was a 20 pips rally in sterling-dollar on the signal more will need to be done by the BoE to tighten monetary conditions, with a 0.5% rate rise in September now being fully priced in by markets. The spike higher in sterling has already begun to fade and the double bottom formed at $1.20 this month remains as key support level,” he said.