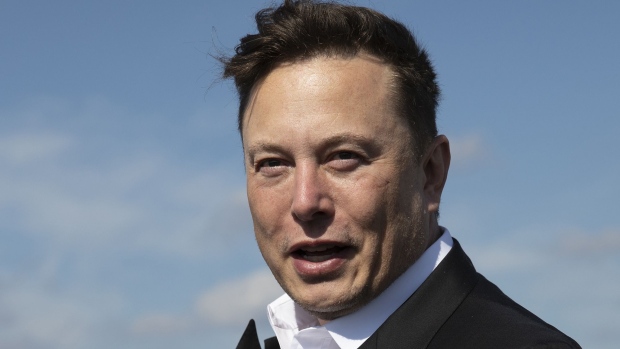 (Bloomberg) -- Tesla sold about 10% of its Bitcoin holdings, Elon Musk said Sunday in a tweet.

The billionaire’s message said the sale was done “to confirm BTC could be liquidated easily without moving market.” The tweet was in reply to a report in Cointelegraph, which cited Magda Wierzycka, executive chair of South African asset manager Sygnia, as saying Musk’s recent tweets on Bitcoin should have prompted an investigation by the U.S. Securities and Exchange Commission.

Musk said the electric-car maker will resume allowing Bitcoin transactions “when there’s confirmation of reasonable (~50%) clean energy usage by miners with positive future trend.” The billionaire has whipsawed Bitcoin and other digital tokens with a string of social media posts in the past few months.