The crypto crash has caused a rapid spike in stablecoin redemptions with the total supply now decreasing, which is unprecedented in their history. How can stablecoins hold their parity with the dollar and avoid the calamity of May's UST-terra meltdown?

The cryptocurrency market has shed around $2tn since the beginning of April, and amid the current crypto-crash trade volume in the world's largest stablecoin, USDT or tether, has rapidly increased as risk-off investors cash out to traditional banks. 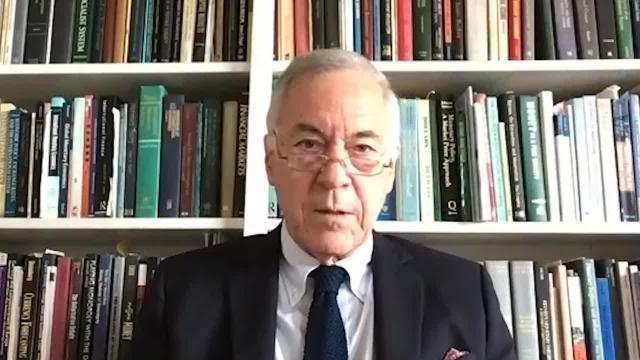 The situation has once again placed the subject of the reserves backing stablecoins in the spotlight, and the shadow of last month's meltdown of UST terra haunts the precarious market conditions that have beset the crypto-ecosystem.

The top two cryptocurrencies by market cap, bitcoin and ethereum, have fallen to lows not seen since late December 2017.

Ethereum (ETH-USD) stands at $1,115, only a hair's breadth of value is saving the smart contract cryptocurrency from being measured in hundreds of dollars, rather than thousands.

A recent Wall Street Journal report suggested that traditional hedge funds have been attempting to short the USDT stablecoin, via Genesis Global Trading, one of the largest cryptocurrency brokerages.

Paolo Ardoino, CTO of Tether, tweeted in response that the USDT/USD attack vector tried to cause a "ton of outflows to harm Tether liquidity and eventually buy back tokens at a much lower price".

Tether is so far honouring the spike in redemptions and has yet to slip its peg amid a concerted attack by traditional hedge funds and the current crypto-crisis that is now centring around the Celsius Network high-yield staking protocol (CEL-USD) and crypto hedge fund 3AC.

Now crypto platform Voyager Digital has become the next in line to restrict the movement of capital off its platform and another crypto lender, Hong Kong-based Babel Finance, recently imposed a $1,500 monthly limit on withdrawals, due to “unusual liquidity pressures".

Crypto brokerage Voyager Digital has set its daily crypto withdrawal limit to $10K, as it was revealed it had exposure to the crisis-laden 3AC crypto hedge-fund.

Last Wednesday Voyager Digital announced it had made an agreement with Alameda Research for a credit line of $200m.

Last Tuesday BlockFi secured a loan of $250m from FTX, to stem the contagion that has beset the beleaguered crypto industry.

Tether CTO Paolo Ardoino was quick to signal on Twitter that it has, "no exposure to Celsius on our reserves and liquidated without losses. No exposure to 3AC."

The increase in stablecoin redemptions is causing liquidity problems and according to Coinmetrics head of research Lucas Nuzzi, Q2 of 2022 is "the first time in the history of stablecoins where total supply decreased, even if we exclude UST, over 10B has been redeemed directly from the treasuries of major issuers".

In the current fragile environment of the crypto-sphere, the market cap of the world's largest stablecoin USDT, or US tether, has been dropping considerably since the latest sharp nose-dive in the cryptocurrency market.

Since the latest flash crash started in earnest on Monday, June 13, USDT has seen $2.5bn wiped from its market capitalisation, suggesting crypto-investors are off-ramping their stablecoin holders to cash sent to traditional bank accounts.

Tether's market cap has fallen from $72.5bn at the start of this week, to a current value of $70bn.

Former economic advisor to the Regan administration Steve Hanke warned that stablecoins don't have 100% reliable anchor currency reserves and would benefit from coming under the control of private crypto-currency boards.

He added that they could be domicile in Switzerland, operate under the country's financial laws, and ensure stablecoins keep one-to-one parity with the dollar.

He described an ideal private cryptocurrency board that "would be established in Switzerland, the reserves would be kept in Switzerland and would be audited in real-time, knowing exactly what they were minute by minute, and the operation of the board would be governed by Swiss banking and securities laws".

The cryptocurrency board would operate in the same way as traditional currency boards that Hanke has been the architect of and helped economies such as Estonia, Lithuania and Bulgaria avoid hyperinflation.

This is a point that has also been alluded to by David Casey, Founder of ReSource, who spoke about the need for proper stablecoin governance systems that would allow for adjustment and responsiveness in the face of new knowledge and changing market conditions.

Casey spoke to Yahoo Finance and said this would "include a shifting of the peg in the case that the initial asset used as the peg itself is no longer stable, in some way, this acts as a governing body that mimics the role of the US Federal Reserve in setting monetary policy".

He added: "To be truly stable, stablecoins need to be overcollateralised, with sufficient liquidity to handle redemptions".

Casey points to the DAI stablecoin as an example of robustness that has proven its stability throughout the current market stresses because it has "no reliance on any reserve asset correlated with the value of the protocol issuing the stablecoin". Here Casey refers to the Terra/Luna stablecoin meltdown that caused a crypto crash in May where the reserve asset Luna was meant to insure Terra held its peg with the US dollar.

He calls for the need of stablecoins to avoid being wholly dependent on volatile and correlated crypto-assets such as Bitcoin and Ethereum, which has proven to be particularly dangerous during market crashes.

Economist Steve Hanke has also highlighted an inherent flaw in stablecoins that entail a serious risk.

In a Wallstreet Journal article he warned that "stablecoins are engineered to move irrevocably among buyers and sellers within minutes. But deals in the reserve assets that back stablecoins require a day or longer to settle. Deals sometimes fail to settle because of computer glitches, communications breakdowns or other reasons.

Hanke outlines how the 'off-chain' collateral flow always lags behind the 'on-chain' token-based transactions, and that this could lead to an inability to meet redemptions, akin to the so-called “Herstatt risk”.

He spoke to Yahoo Finance about how the Frax stablecoin "contracted by 30% in supply, but because everything was 'on-chain'" it was able to hold its peg with total reserve transparency.

Frax's transparency is inherent in its design, as all transactions are publically visible on the distributed ledger of the blockchain, and its assets are diversified with large holdings of the USDC stablecoin.

He also revealed an inherent flaw in their design that could lead to when investors attempt to take their wealth off-chain and cash out their stablecoins into dollars in traditional bank accounts.

With the uncertainty over stablecoins, an open question has arisen as to whether central bank digital currencies (CBDCs) could in fact provide more effective solutions and fulfil the functions that stablecoins are meant to address.

But speaking to Yahoo Finance, David Casey, argues against this and said that "stablecoins are integrated into a host of permissionless applications enabling incredible and ever-increasing programmable utility, as well as cash flow-generating opportunities provided by decentralized finance (DeFi). CBDC’s will likely take years to catch up, and may never be fully compatible with these systems".

He added: "Decentralised stablecoins solve the problems of financial censorship, which are very strong in authoritarian nations like Russia. This is for two reasons: pseudonymous transactions that protect the identity of those such as political dissidents, and the ability to retain custody of one’s assets without fear of the authoritarian government freezing those assets. With authoritarian political states on the rise globally, demand for censorship-resistant money will also continue to rise. CBDC’s have the opposite effect, eliminating cash (the last legal venue for private transactions) and creating a financial “surveillance state” where governments have full oversight and control over every financial transaction of an individual’s lives."