Pro-Nigerian social media accounts have claimed in posts that the exchange rate between the Ghana cedi and the US dollar is 59,000:1. The claim intends to defend the performance of the Nigerian naira, which has depreciated during successive governments. However, the claim is misleading: the cedi is currently exchanging at 5.79 to the US  dollar, although Ghana removed a string of zeros from the currency more than a decade ago.

The claim was first published on July 21, 2021, by a Facebook user called Usamat Abduljalal, according to social media monitoring tool CrowdTangle.

Usamat’s alternative name on the social network is “Buhari Pikin”, which in local parlance means a child (in this context a loyalist) of Nigerian President Muhammadu Buhari. 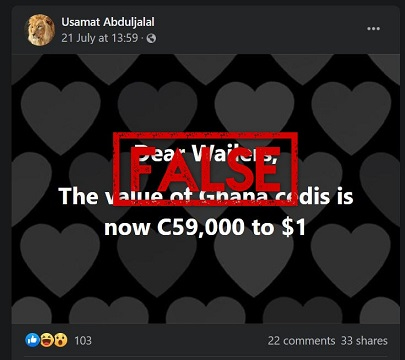 Since it was published, other pro-government accounts have circulated versions of the claim, including this post with more than 330 shares. 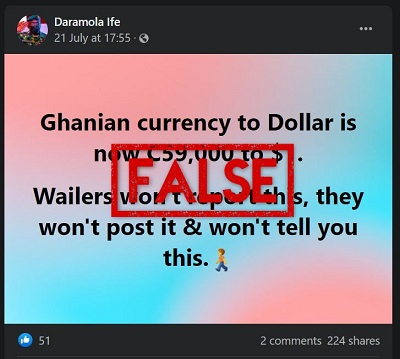 The word “wailers” is regularly used in Nigeria to describe government critics, who constantly accuse Buhari of mismanaging the country’s economy, as well as the naira, the local currency.

Depreciation of the naira

In the past decades, the naira has continued to lose value against the US dollar. This is due “to the undiversified structure of the nation’s foreign exchange earnings, which is dependent on crude oil,” said Gbolahan Ologunro, a senior analyst at Lagos-based investment firm Cordros Securities who spoke to AFP Fact Check. 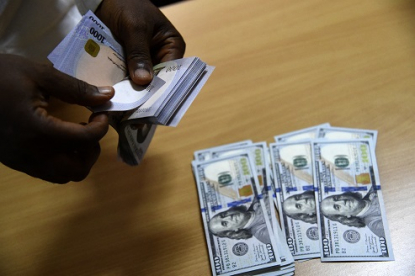 Last year, a former commissioner in Nigeria’s northern Kano state, Muaz Magaji, posted that the naira was fast becoming the weakest on the continent.

“Devaluation in the local currency leads to imported inflation that invariably reduces the real income of the average Nigerian,” Ologunro said.

How the cedi stacks up

In July 2007, Ghana replaced the old cedi (denoted by ¢) with the Ghana cedi (GH¢) and removed four zeros from the currency, meaning 10,000 cedis equalled one Ghana cedi in new money. 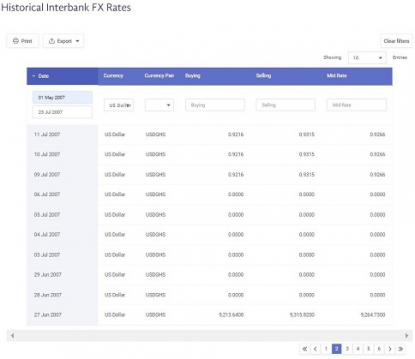